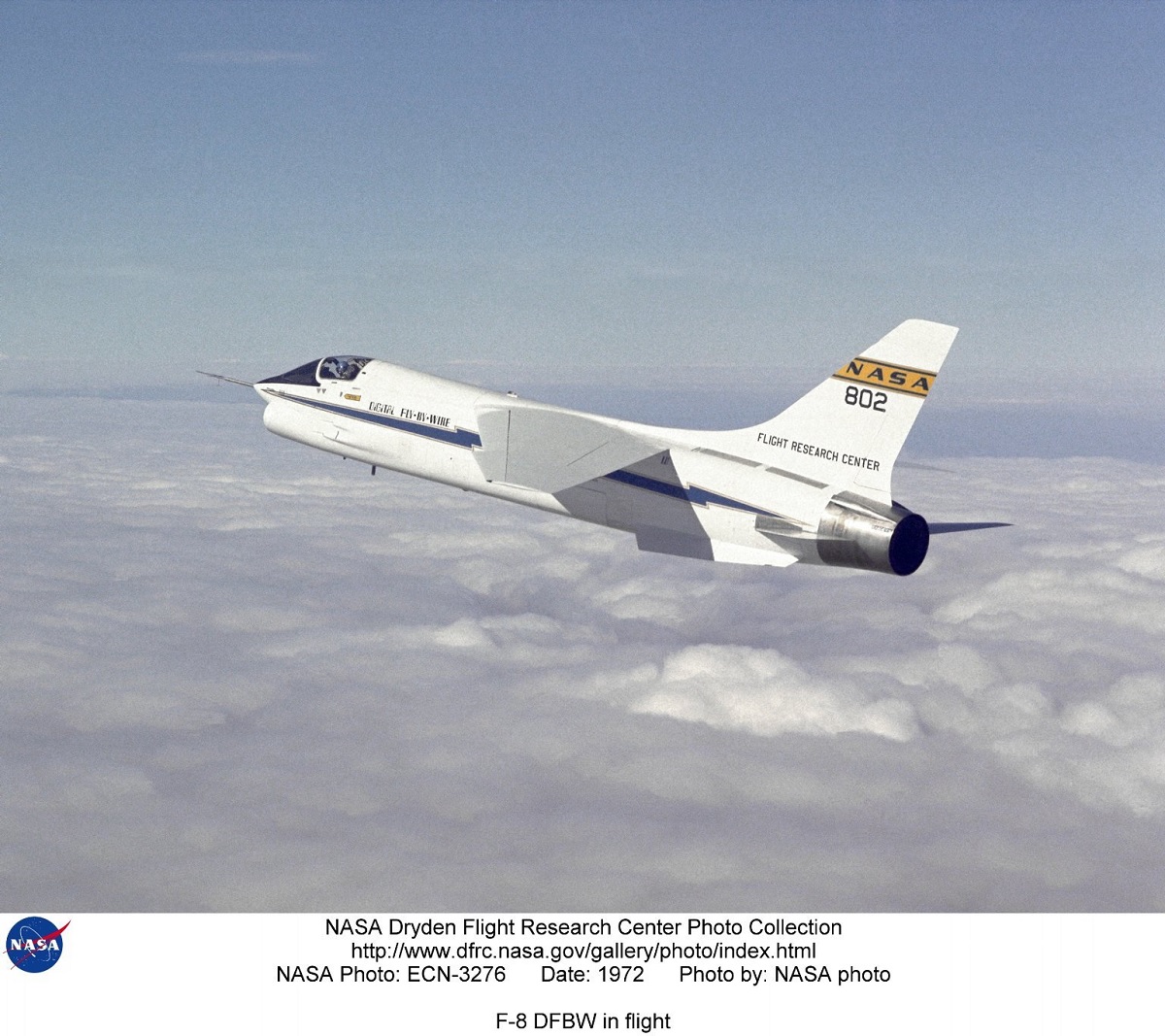 When the pilot moved the airplane’s stick and rudder, electronic signals went to the computer, which would generate signals to move the control surfaces. The system was designed so that the digital fly-by-wire aircraft would handle almost identically to a standard F-8C.

To carry the computers and other equipment, the F-8 DFBW team removed the aircraft’s guns and ammunition boxes.

It included a total of 211 flights.

The last flight was on Dec. 16, 1985, with Dryden research pilot Ed Schneider at the controls.

Fly-by-wire systems are safer because of their redundancies. They are more maneuverable because computers can command more frequent adjustments than a human pilot can. For airliners, computerized control ensures a smoother ride than a human pilot alone can provide. Digital-fly-by-wire is more efficient because it is lighter and takes up less space than the hydraulic systems it replaced. This either reduces the fuel required to fly or increases the number of passengers or pounds of cargo the aircraft can carry.

Digital fly-by-wire is currently used in a variety of aircraft ranging from F/A-18 fighters to the Boeing 777.

The DFBW research program is considered one of the most significant and most successful NASA aeronautical programs since the inception of the agency. 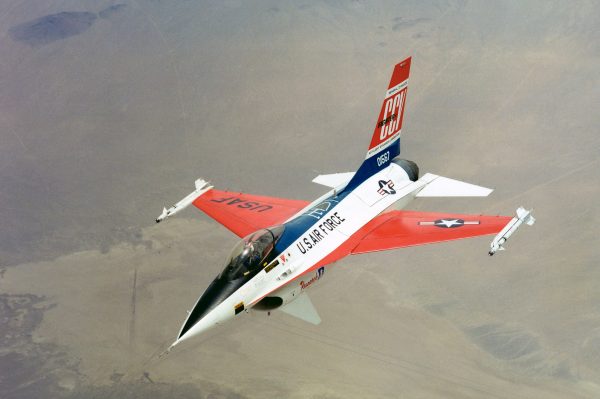 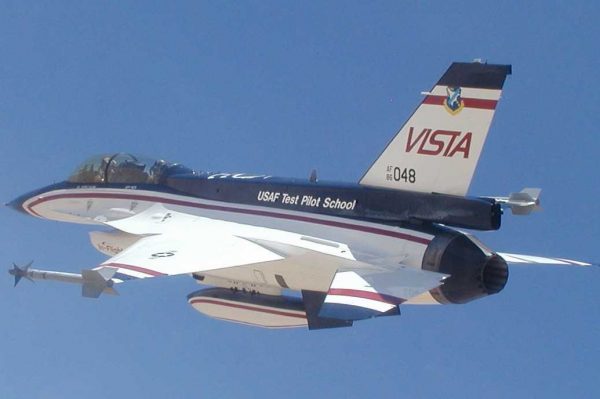 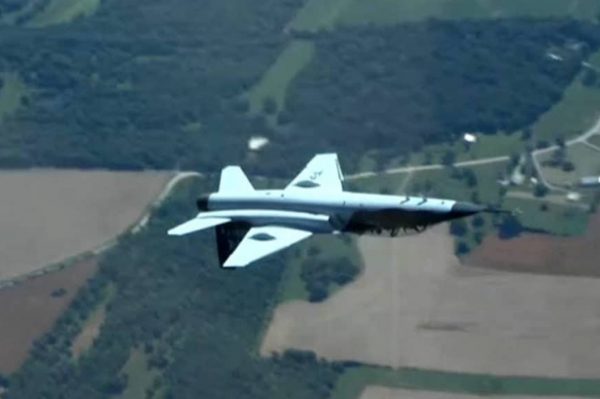