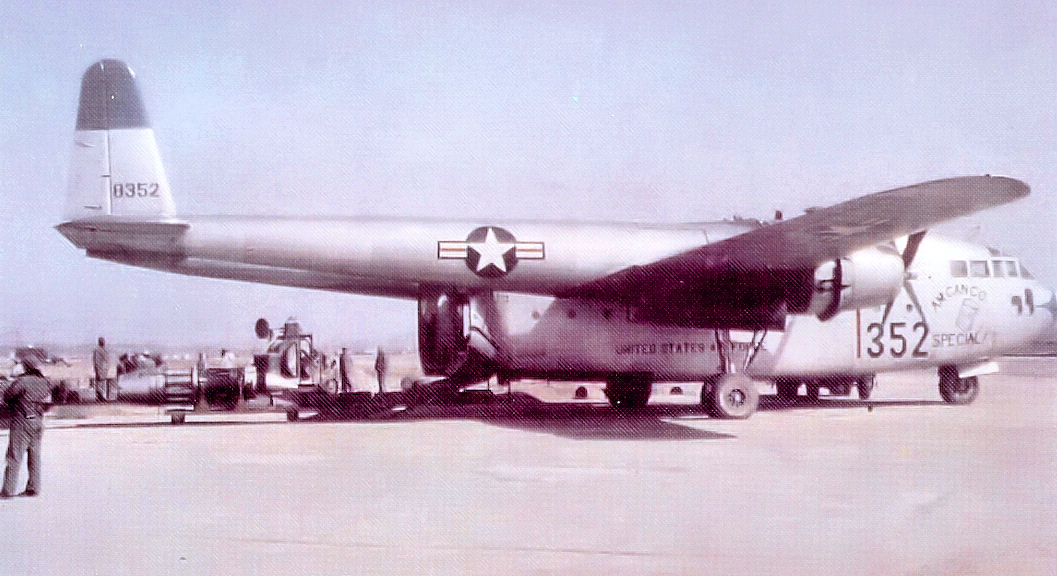 As reported by Senior Airman Zachary Cacicia, 436th Airlift Wing Public Affairs in the article AMC Museum rescues historic airlifter, a true piece of American history that has sat in the Mojave Desert for decades and was slated to be turned into scrap metal will now have a new home at the Air Mobility Command (AMC) Museum.

A C-5M Super Galaxy, operated by the 709th Airlift Squadron, and an AMC Museum team traveled to Edwards Air Force Base, California Dec. 16 – 19, 2016, to transport portions of the Fairchild C-119B Flying Boxcar #48-0352 “Am Can Co Special” to the AMC Museum at Dover AFB for restoration and display.

The C-119 was a military transport aircraft used primarily to carry cargo, personnel and equipment. It also had airdrop capabilities. The U.S. flew them from 1947 to 1974.

According to John Taylor, AMC Museum director, when this C-119 arrives at the museum, it will be arguably the most historic aircraft in its collection.

“It’s the second-oldest C-119 in existence,” said Taylor, “and the only surviving aircraft from the operation that air-dropped mobile bridge sections to Marines during the Battle of Chosin Reservoir.”

Known for its fierce fighting and freezing weather, the Battle of Chosin Reservoir, Nov. 27 to Dec. 13, 1950, took place during the early stages of the Korean War. United Nations forces, comprised mainly of South Korean, American and British troops, had recently pushed the invading North Korean Army out of South Korean back north of the 38th parallel. Not stopping at the border, the UN forces continued pushing north to destroy any and all remnants of the North Korean Army. They soon approached North Korea’s border with China. This provoked China, a North Korean alley and fellow communist state, causing it to intervene in the war by sending hundreds-of-thousands of troops south to stop the advancing UN forces.

“During the battle the Chinese blew the bridge up,” said Jon Andrews, AMC Museum board member. “This trapped all the United Nations forces.”

The blocked evacuation route was between Koto-ri and Hungnam.

Surrounded by more than 120,000 Chinese soldiers, the trapped 30,000 UN troops were running out of options. A decision was made to airdrop mobile bridge sections to these forces, with the hope that they could be used to rebuild the bridge, affectively giving them an escape route. Eight C-119s, operated by the 314th Troop Carrier Group out of Ashiya Air Base, Japan, gathered to complete this mission. Out of the eight bridge sections dropped by parachute, four were used to build a usable bridge. This opened up a way for retreating UN forces.

Les Polley, AMC Museum aircraft restoration chief, was on the team that travelled to Edwards AFB to pick up the C-119. He is happy that this plane is coming to the museum.

Work for the C-5M and 709th AS maybe over, but it has just started for Polley and his restoration crew.

“We are going to go through a complete restoration on the airplane from the ground up,” said Polley.“ There’s a lot of corrosion, a lot of holes, a lot of missing parts. We will be scrounging all over the country looking for parts.”

This C-119 served well past the Korean War. It ended its 17-year career with the 911th TCGat the Greater Pittsburgh International Airport in 1966.

“We are going to restore it to what it looked like during the Korean War,” said Polley. “They had done a lot of modifications and upgrades after the war. We want it to look like it did back then, complete with nose art and everything.”

Polley estimates that the whole restoration process will take a minimum of two years before for the C-119 is ready for display. 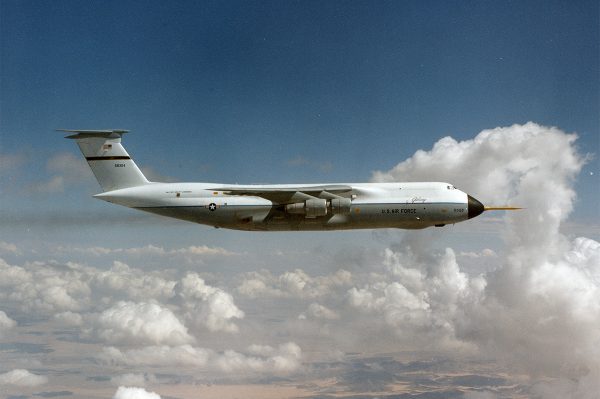 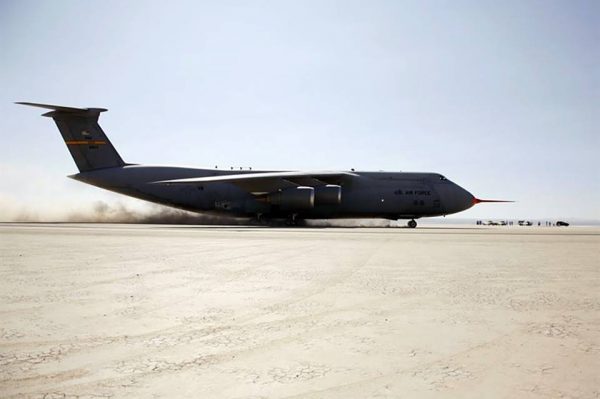 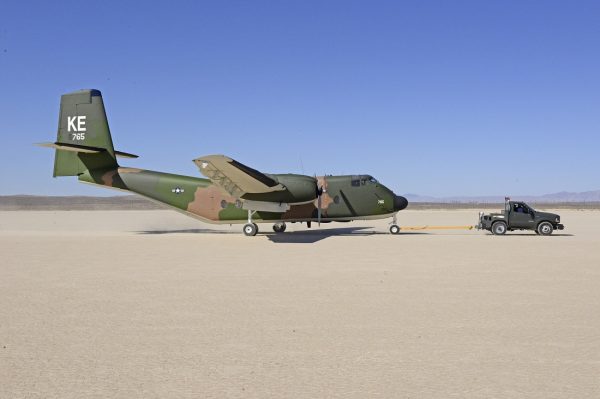