Log In Sign Up
Homepage Aviation HistoryA QUICK LOOK AT THE F-16 CCV, THE VIPER THAT COULD TURN WITHOUT BANKING 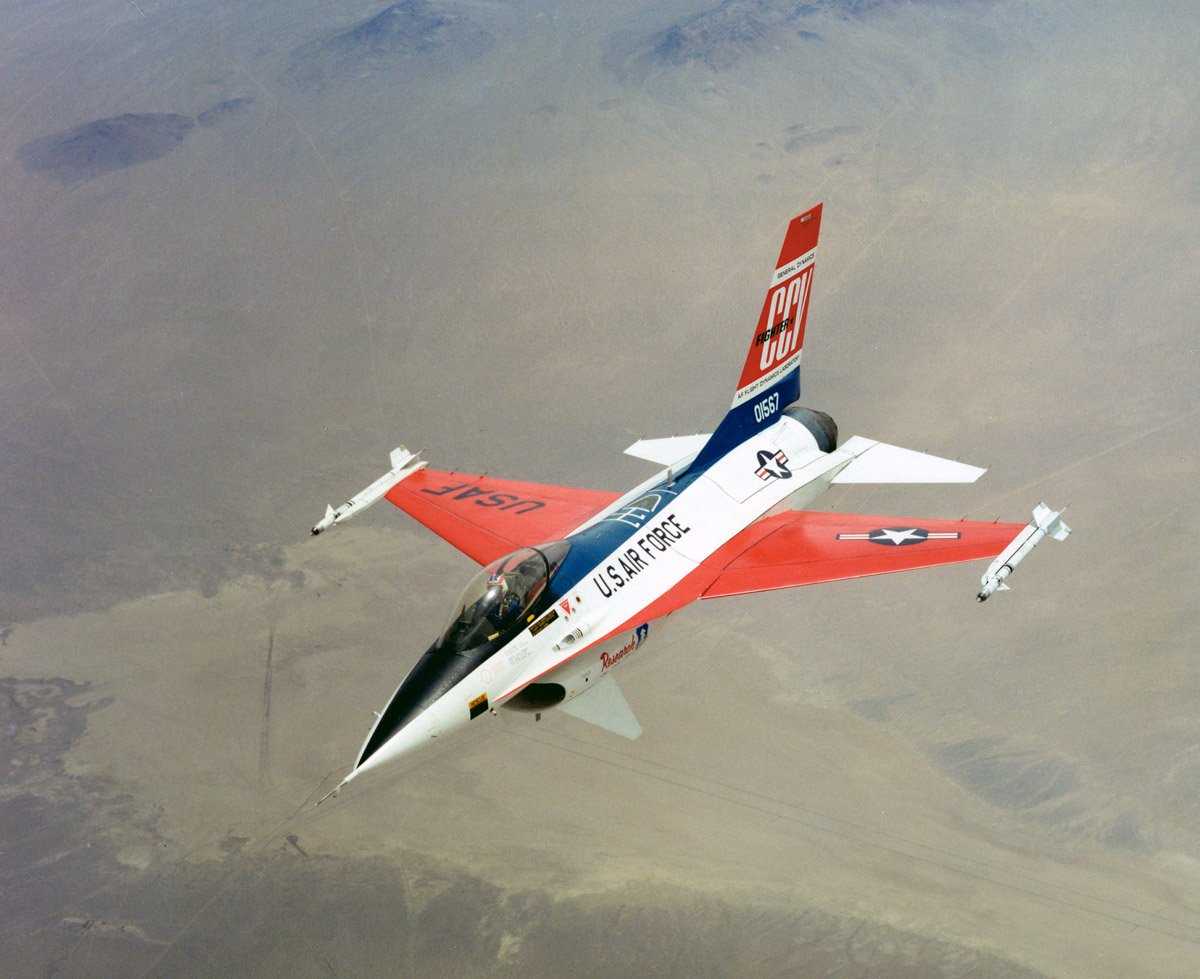 “Flying formation on the F-16 CCV aircraft was a terrifying experience, since it could do flat turns which robbed the wingman of important visual cues such as bank angle,” Phil Oestricher, General Dynamics test pilot

The F-16 CCV concept entails “decoupling” the aircraft’s flight control surfaces so that they can operate independently. This approach enables unusual maneuvers such as being able to turn the airplane without banking it. The ability to maneuver in one plane without simultaneously moving in another was seen as offering novel tactical performance capabilities for a fighter. As explained by Lou Drendel in his book F-16 Fighting Falcon In Action, the F-16 CCV design featured 8 square foot canards mounted under the intake, canted at 30 degree angles from the fuselage. They were movable through a range of +/- 25 degrees. Also installed for the tests were an auxiliary flight computer, which augmented the digital computer that drives the fly-by wire control system which is standard, a cockpit panel for selecting various operating modes, and switches on the control stick to activate these modes. The flight control system was modified to allow pilots to shift their flight paths vertically and laterally without pitch or roll inputs or to make wings-level turns, without sideslip. Other capabilities included the ability to point the nose up or down without power changes, or left or right while maintaining a constant track across the ground, direct lift, which improved precision climb and descent profiles and maneuver enhancement, which made the F-16 more responsive and less susceptible to guts and turbulence. The fuel system was redesigned to enable adjustment of the aircraft’s center of gravity by transferring fuel from one tank to another.

As explained by Drendel the flight test program was divided into four major sections. They were: Functional checks of the YF-16 in this configuration, evaluation of the different flight modes, operational applications possible with CCV configuration, and relaxed stability investigations, for which the canards were removed.

The basic F-16 airframe was designed to withstand side forces of up to 2G. The computers in the CCV configurations were programmed to allow up to 0.9G. Pilots reported that side forces of over 0.7G were very fatiguing because of the lack of support for the pilot’s upper body, indicating that an aircraft designed from the outset as a CCV would incorporate some very radical features. Phil Oestricher, General Dynamics test pilot who was active in the entire test program said that flying formation on the CCV aircraft was a terrifying experience, since it could do flat turns which robbed the wingman of important visual cues such as bank angle.

The CCV YF-16 achieved its first flight on Mar. 6, 1976. The flight test program ran until Jun. 30, 1977, and was marred only by a hard landing on Jun. 24, 1976 that delayed testing until repairs were effected. The CCV program was judged successful and led to a more ambitious follow-on effort in the form of the “Advanced Fighter Technology Integration” (AFTI) F-16. 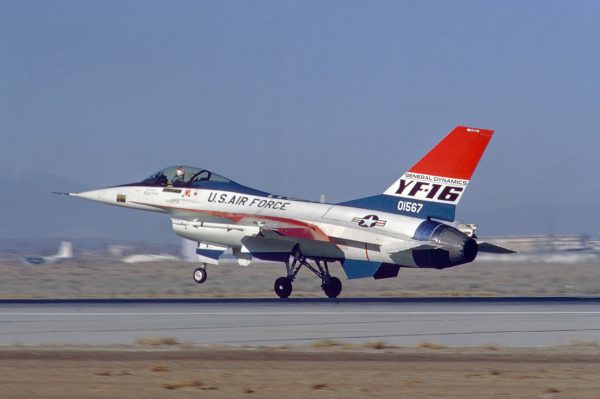 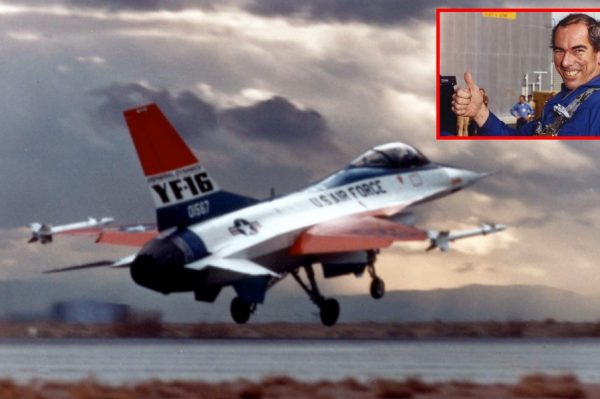