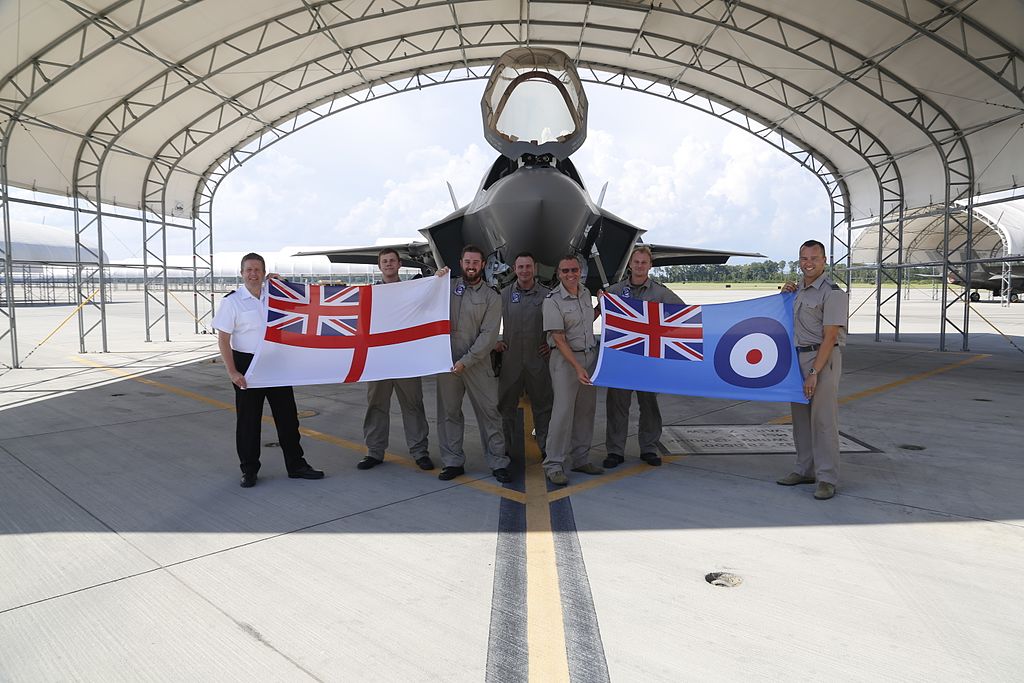 F-35Bs will soon be a common sight at RAF Marham in East Anglia from next month onwards as four aircraft will be transferred from the U.S.

According the Royal Navy, the Norfolk air base will be the home of the Lightning Force – when the strike fighters are not embarked on HMS Queen Elizabeth and Prince of Wales.

Two Royal Navy (RN) and two RAF pilots will be at the controls of the multi-million pound aircraft for the transatlantic flight. The jets will be assigned to 617 Squadron.

Defence Secretary Gavin Williamson used the 75th anniversary of the squadron’s finest hour to announce that, weather allowing, the new jets would cross the Atlantic in early June.

“75 years ago the Dambusters pushed the boundaries of what was possible. That same spirit of innovation continues today as the Dambusters of today prepare to fly the world’s most advanced fighter jet in the skies over the UK,” he said.

“Just like those Lancasters which played such a vital role in World War 2, the F-35B Lightning is based on great British design, operating with futuristic technology to adapt to an increasingly dangerous world.”

Fliers have been practising for the 4,150-mile flight from the U.S. Marine Corps air base at Beaufort in South Carolina, where British air and ground crews are trained to operate and maintain the state-of-the-art jet, to Marham, in particular conducting air-to-air refuelling with RAF tankers high above the Eastern Seaboard of the U.S.

And similarly the joint RN-RAF team at RAF Marham have been readying for the F-35s’ arrival with a new Lightning Force HQ, dedicated hangars, resurfaced runways, new canteen and gym and accommodation.

“I have the great privilege of leading a jointly manned Squadron made up of the best engineers, mission support personnel and pilots from the Royal Air Force and Royal Navy,” said 617’s CO Wg Cdr John Butcher.

“The original Dambuster Squadron did not know what their mission was going to be until the last moment. Yet they had to make sure they were ready and that is as true for us today. The spectrum of missions we can undertake in the F-35 will be huge and we have to make sure we are ready to do whatever is asked of us.”

As for the jets’ floating home, she’s undergoing some maintenance and sensors/weapons upgrades in her native Portsmouth before crossing the Atlantic for the first time to embark F-35s off the east coast of the U.S. this autumn for her first fast-jet trials. 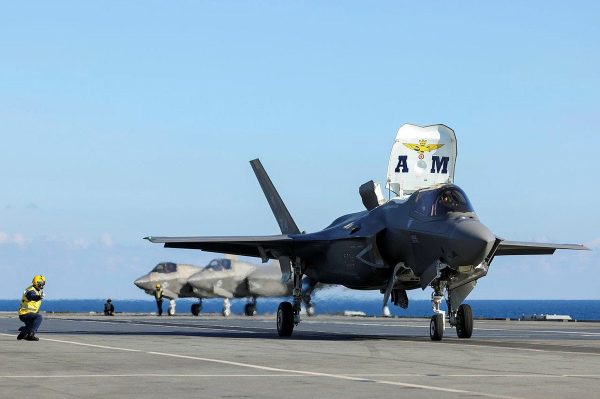 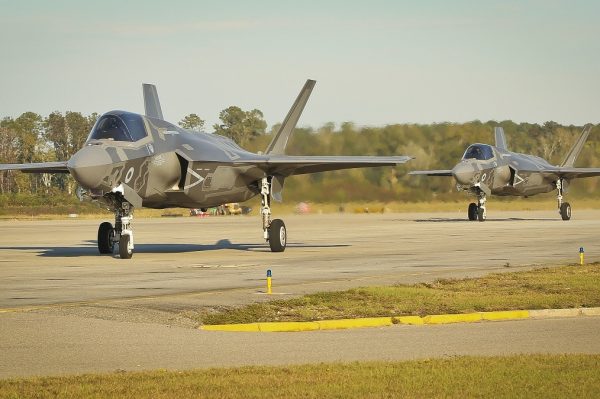