Log In Sign Up
Homepage Aviation HistoryF-16 Vs MiG-29: when the mighty Viper dogfighted with the Fulcrum for the first time 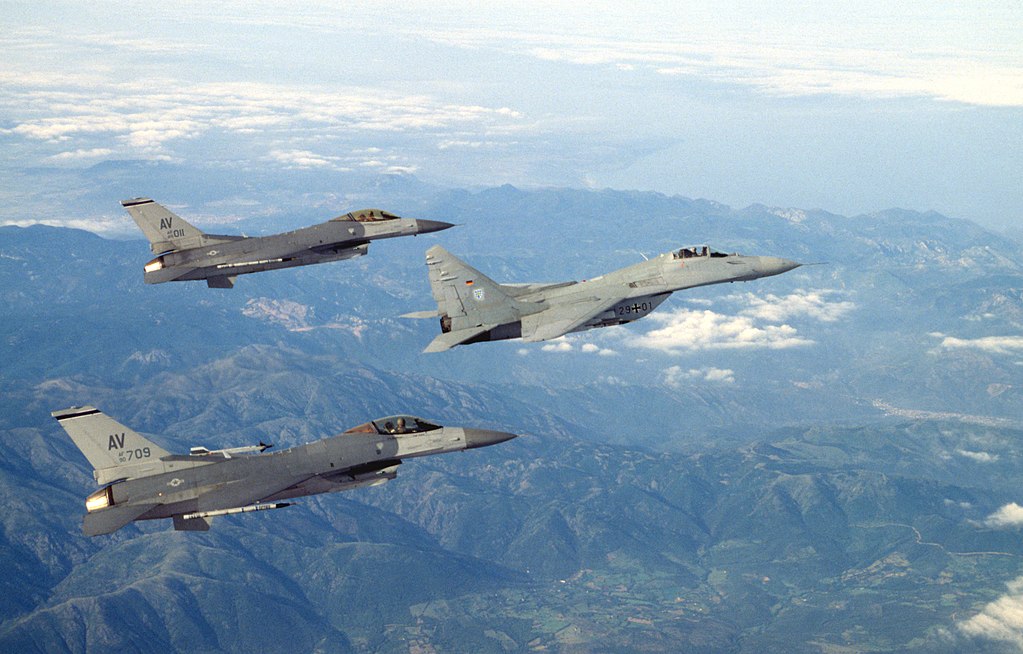 Designed in response to a new generation of American fighters, which included the F-15 and F-16, the MiG-29 presented a formidable threat to Western pilots.

Among the countries that purchased the Fulcrum there was also East Germany. Luftwaffe (German Air Force) MiG-29s were kept in service also after German reunification and were used not only for national Quick Reaction Alert (QRA) service but also as adversary aircraft during NATO air exercises, where the MiG-29 showed its tremendous air to air capabilities.

The first western fighter unit that had the chance to face the Fulcrum in mock air combats has been the 510th Fighter Squadron (FS) “Buzzards” belonging to the 31st Fighter Wing (FW) from Aviano Air Base in northern Italy, which flew against Luftwaffe Jagdgeschwader 73 (JG 73) MiG-29s in May 1995 during a German Fulcrum deployment to Decimomannu Air Base, on the southern tip of Sardinia, as explained by David Sarvai in his extensive article “Schlemming with the Fulcrum” for Code One Magazine and also published on www.510fs.org.

As told by Capt. Mike McCoy one of the 510th FS F-16 pilots that flew against JG 73 MiG-29s, the most impressive aspect of the Fulcrum’s performance for the American pilots was its low-speed maneuverability combined with its helmet mounted sight system. “In a low-speed fight, fighting the Fulcrum is similar to fighting an F-18 Hornet, but the Fulcrum has a thrust advantage over the Hornet. An F-18 can really crank its nose around if you get into a slow-speed fight, but it has to lose altitude to regain the energy, which allows us to get on top of them. The MiG has about the same nose authority at slow speeds, but it can regain energy much faster. Plus the MiG pilots have that forty five-degree cone in front of them into which they can fire an Archer and eat you up.”

But as McCoy explained even if the helmet mounted sight system proved to be a formidable threat, it was not an insurmountable one. “Some of their capabilities were more wicked than we originally thought, we had to respect the helmet-mounted sight, which made our decisions to anchor more difficult. In other words, when I got close in, I had to consider that helmet mounted sight. Every time I got near a Fulcrum’s nose, I was releasing flares to defeat an Archer coming off his rail.” An impression confirmed also by Lt. Col. Gary West, another Viper pilot and back then Commander of the 510th. “Before coming here, some of our pilots may have thought of the MiG’s helmet-mounted sight as an end-all to a BFM fight, We have found that it is not as lethal as we had expected. We encountered some positions-particularly in an across-the-circle shot or a high-low shot and in a slow-speed fight-where a Fulcrum pilot can look up forty-five degrees and take a shot while his nose is still off. That capability has changed some of the pilots’ ideas on how they should approach a MiG-29 in a neutral fight. Below 200 knots, the MiG-29 has incredible nose-pointing capability down to below 100 knots. The F-16, however, enjoys an advantage in the 200 knot-plus regime. At higher speeds, we can power above them to go to the vertical. And our turn rate is significantly better. By being patient and by keeping airspeed up around 325 knots, an F-16 can bring the MiG-29 to its nose. But the pilot must still be careful of the across-the-circle shot with that helmet-mounted display.”

McCoy and other two USAF pilots had the chance to fly in German Fulcrums and they explained some of the several limitations of the MiG-29. “Their visibility is not that good, their disadvantage is a real advantage for us. F-16 pilots sit high in the cockpit. All the MiG-29 pilots who sat in our cockpit wanted to look around with the canopy closed. They were impressed that they could turn around and look at the tail and even see the engine can. Besides visibility, I expected better turning performance, the MiG-29 is not a continuous nine-g machine like the F-16.”

A claim confirmed also by Capt. Michael Raubbach, then Fulcrum pilot of the JG 73. “Our visibility is not as good as an F-16 or even an F-15. We can’t see directly behind us. We have to look out the side slightly to see behind us, which doesn’t allow us to maintain a visual contact and an optimum lift vector at the same time. This shortcoming can be a real problem, especially when flying against an aircraft as small as the F-16.”

The lack of the continuous nine-g capability of the Fulcrum instead, was due to the nature of the specification that brought to life the MiG-29, as explained by Capt. Oliver Prunk, then JG 73 operations officer. “The aircraft was not built for close-in dog fighting, though it is aerodynamically capable of it, the East Germans flew it as a point defense interceptor, like a MiG-21. They were not allowed to max perform the airplane, to explore its capabilities or their own capabilities. Sorties lasted about thirty minutes. The airplane was designed to scramble, jettison the tank, go supersonic, shoot its missiles, and go home.”

Other limitations were experienced when the centerline fuel tank was carried by the aircraft, such as the inability of the fighter to fly supersonic with the tank attached, an operational scenario that also limited the MiG-29 to four g’s when the tank had fuel remaining.

Nevertheless despite these shortcomings the Fulcrum remained a formidable adversary to fight as told by McCoy. “The experience confirmed what I knew about the MiG-29’s ability to turn and to fight in the phone booth. It is an awesome airplane in this regime. The awe, though, fades away after that first turn in. The biggest adrenaline rush was getting to that point. After that, I started evaluating it as a weapon.” McCoy was echoed by by West who said that the glamour of the Fulcrum could distract the pilots when they saw the MiG-29 for the first time. “When Western pilots merge with a MiG for the first time, they tend to stare at it in awe, instead of flying their jets and fighting, they are enamored by this Soviet-built aircraft that they have spent their lives learning about. Pilots lose this sense of wonder after a first encounter. It is no longer a potential distraction. They are going to know what type of fight to fight and exactly where they may be in trouble. No one can learn these things by reading reports. Air-to-air fighting is a perishable skill. But the lessons we learned here won’t be forgotten. These pilots will know at the merge exactly what they are up against. They will have more confidence. And they know they are flying an aircraft that is superior in maneuverability, power, and avionics.”

West concludes: “When our pilots first arrived here, they almost tripped over themselves because their eyes were glued to the ramp and those MiG-29s. After a few days, though, those MiGs became just like any other aircraft. And that’s the way it should be.” 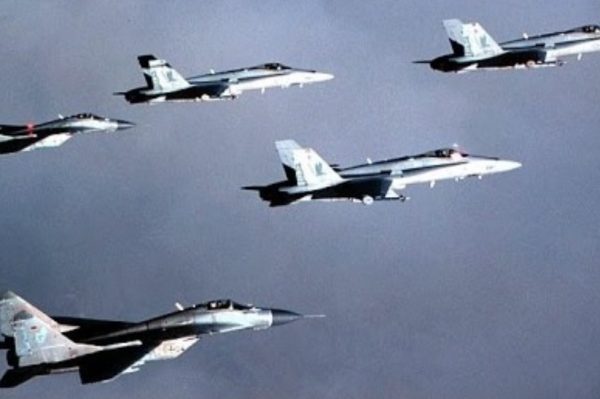 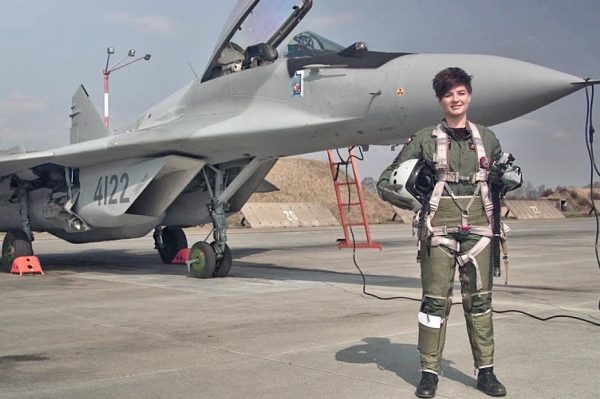