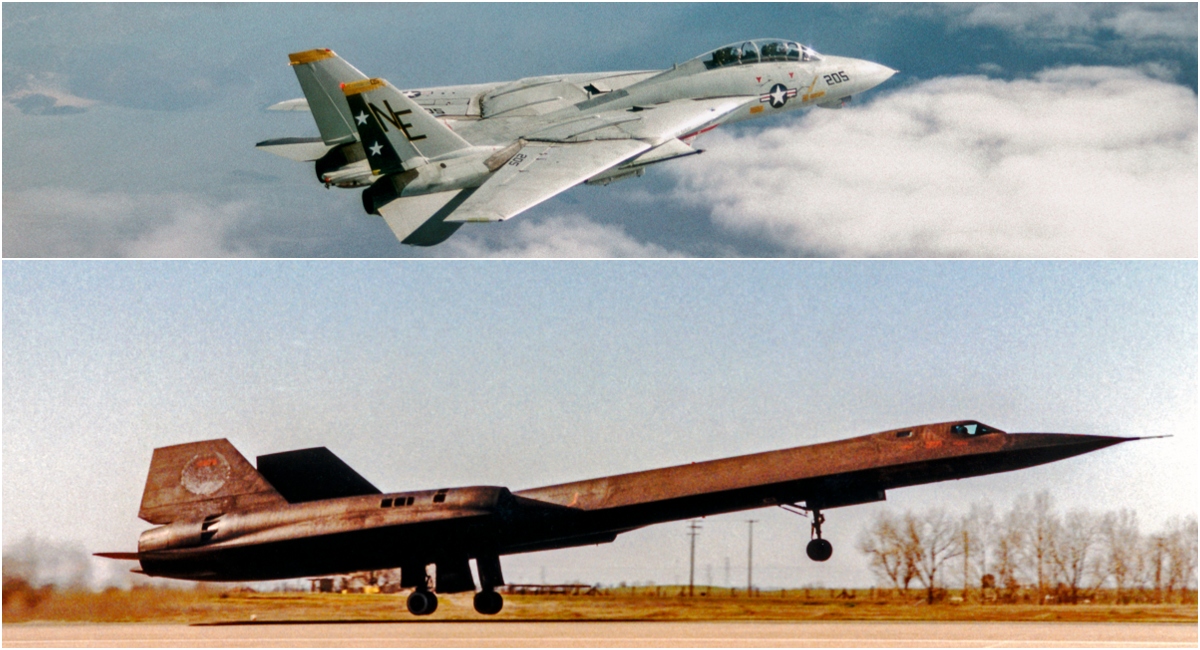 In February 1988 the SR-71 community hosted a small conference and invited representatives of the four types of US fighters – Navy F-14 and F/A-18, Air Force F-15 and F-16 – to spend two days at Beale discussing operational matters.

In his new book Tomcat RIO: A Topgun Instructor on the F-14 Tomcat and the Heroic Naval Aviators Who Flew It, Dave “Bio” Baranek tells of returning to the F-14 after his tour as a Topgun instructor, and it has some of his best stories and photos. In one story he describes flying more than 1,200 mph in an F-14 on a post-maintenance check flight, and then a few days later getting up-close with some jets that went much faster.

Bio and pilot Lieutenant Greg “Hoser” Hansen met several SR-71 aircrews during a refueling stop at Beale AFB, the Blackbird’s home base in northern California. A few months later (in February 1988) the SR-71 community hosted a small conference and invited representatives of the four types of US fighters – Navy F-14 and F/A-18, Air Force F-15 and F-16 – to spend two days at Beale discussing “operational matters.” They asked each rep to fly their own aircraft to the base.

Bio says, “The conference was fascinating. We learned about the SR-71’s missions and capabilities. The SR-71 crews were very professional, and they respected us fighter pukes and shared info that we needed.” But they did not tell any more than that, and Bio cannot say any more about the event.

“The guys at Beale appreciated our coming to their conference, and they knew we were itching to see their aircraft. So finally we headed for the flightline and a waiting U-2 and SR-71, two jets that do their jobs at opposite ends of the airspeed indicator. I looked at the U-2 cockpit first. Yes, it could fly above 70,000 feet and stay there for twelve hours or more, but it just didn’t push my buttons. After a cursory visit I slipped away to the sexy one.

“Every reader knows what the SR-71 looks like. I climbed the boarding ladder eagerly. Before stepping into the cockpit, I paused to take in the undulating lines of this magnificent machine. I can see it even now. Then I stepped down into the cockpit – and into the 1960s. The front and rear cockpits were complex but almost quaint, busy with old-school analog gauges and switches. No surprise; the Blackbird and its crews were working their wonders before the Tomcat was even imagined.

“I noticed one of the guest pilots kept glancing over my shoulder. Finally he asked, ‘Can we look at your jet?’

“It was like Shakespeare asking to borrow your pen. ‘Of course!’ I replied. Hoser and I led the group proudly to our Tomcat for a walk-around tour, with a sit-in at no extra charge. We all noticed that the large round TID in the F-14 rear cockpit looked a lot like the main display in the back seat of an SR-71.

“Our Tomcat looked lonely on the flight line, so we asked the other fighter jocks where they parked. A bit sheepishly, they all said their squadrons didn’t have the fuel money to fly to Beale, so they drove their own cars. How great it was to be in VF-2!

Bio’s book goes on to say the second day of the conference was similar to the first, and he and his pilot got bored. Luckily an SR-71 back-seater – an RSO, or Reconnaissance Systems Operator – asked if they wanted to watch flight ops. They would be treated to the rare spectacle of launching two Blackbirds thirty minutes apart. First they stopped in to see the final stages of a Blackbird crew getting suited up.

Bio continues, “We chatted with the pilot and RSO as they suited up with the help of two trained assistants. They seemed relaxed as we swapped flying stories. These guys who worked in the stratosphere at Mach 3 couldn’t get over the thought of night carrier landings!”

The Tomcat crew got another detailed walk-around, which Bio says was fascinating because of the Blackbird’s many technical details. “Then we climbed in an Air Force station wagon with our escorting pilot and RSO. We would be the ‘mobile unit,’ eyes on the ground to spot problems and radio the info. As we drove slowly past the hangar, the SR-71’s engines spooled up and it eased majestically out of its hangar, hung a left, and fell into trail well behind our humble wagon. That long nose slowly easing out of a hangar was an awesome sight. Normal ops for those guys, but I’ll bet they still thought it was cool every time.”

“We led the Blackbird to the hold short. I was cleared to take photos once we left the hangar area, so I popped in some earplugs and got out of the mobile to shoot a few.

“Then the Blackbird took the runway to do what it did best. The takeoff roll started slowly, but once the pilot lit the burners the speed and sound increased, and soon the sleek machine was in its element – airborne. The pilot held it level at low altitude, building speed until the end of the runway. Then he stood the sleek black rocket on its tail, and we watched it shoot for the heavens. It looked like a visitor from the future even twenty-five years after its maiden flight. In a moment it was gone.

“What a spectacle! The second SR-71 treated us to a replay half an hour later.

Bio finishes this story by saying he and Hoser didn’t even think about going back to the conference. They thanked their hosts for their hospitality, got into their flight gear, and launched their Tomcat. He says, “Beale Tower cleared us for an unrestricted climb, and I’ll bet we looked good, too, as we yanked into a near vertical climb. In a moment we were gone.”

Bio’s new book, Tomcat RIO: A Topgun Instructor on the F-14 Tomcat and the Heroic Naval Aviators Who Flew It, is available now from online retailers. To learn more about the author and his career, visit www.topgunbio.com. 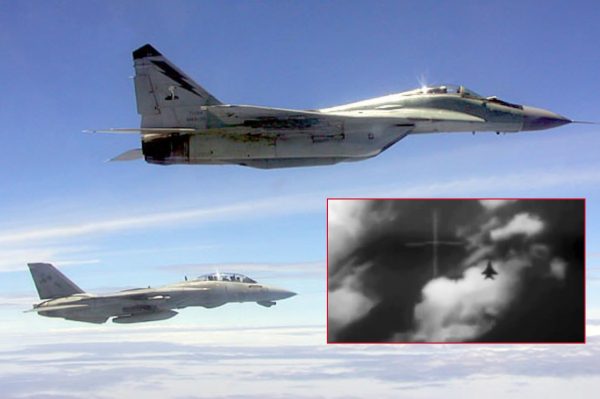 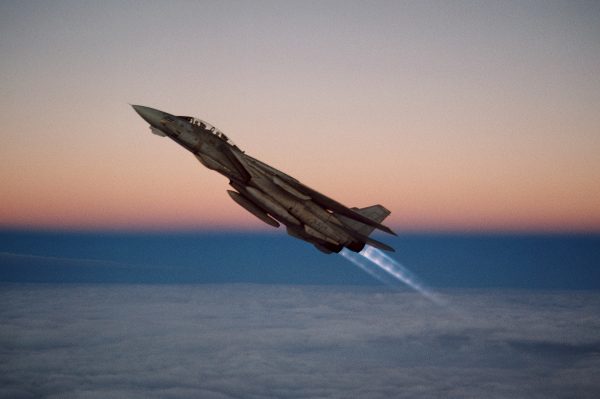 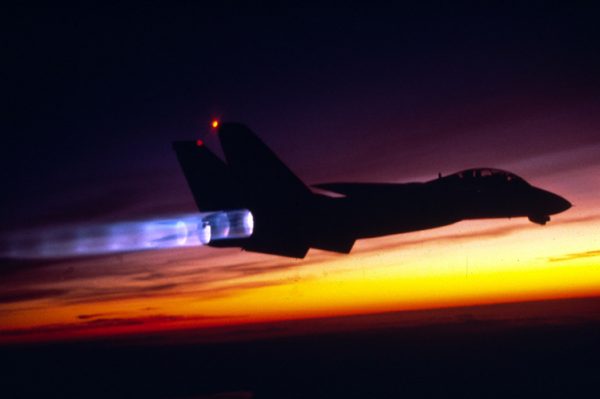