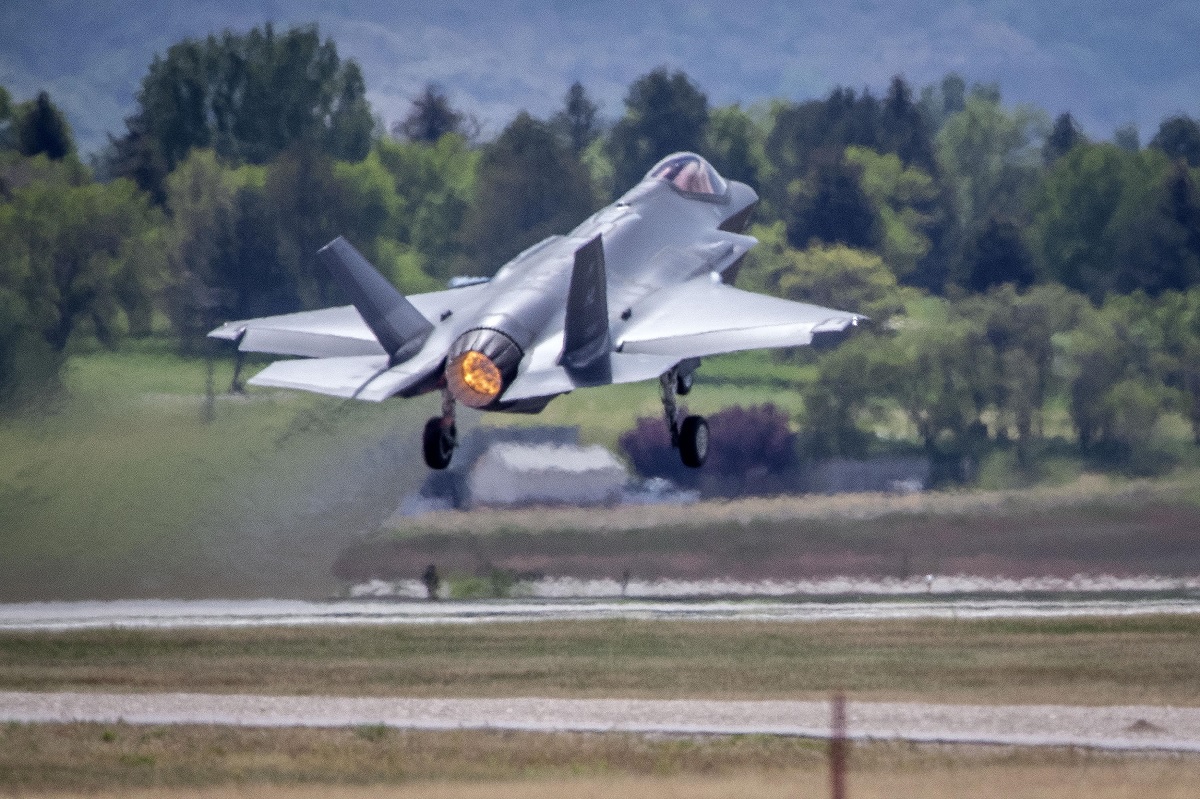 The Autonomic Logistics Information System (ALIS) is the information technology infrastructure which performs behind-the-scenes monitoring, maintenance and prognostics to support the F-35A and ensure continued health and enhance operational planning and execution

Noteworthy, as explained in the article Hill AFB Airmen generate 3,000th F-35A sortie, adopt upgraded ALIS, that sortie, and all others flown that day were carried out with the new version of the Autonomic Logistics Information System (the information technology infrastructure which performs behind-the-scenes monitoring, maintenance and prognostics to support the aircraft and ensure continued health and enhance operational planning and execution). Commonly called ALIS, it’s the F-35A’s information technology infrastructure.

Airman 1st Class Michael Wilkins, 34th Aircraft Maintenance Unit crew chief, launched 5079. It was his first solo launch after arriving at Hill about a month ago.

“I didn’t even know I was doing it until today,” he said. “It’s a cool story for the first crew that you’ve done.”

Col. Michael Miles, the 388th Maintenance Group commander, praised the Airmen responsible for the achievements made in the F-35 program.

Operationally implementing the upgraded version of ALIS—ALIS 2.0.2.4—is another milestone for the Airmen working in the F-35 program at Hill AFB.

Cyr said aircraft maintainers here attended classes, which highlighted changes between the previous and current versions of ALIS, and a support team was available in each section to answer questions.

“Aircraft maintenance does not stop when we install these new updates so there were numerous man hours spent making sure all the documentation was correct within the new system prior to flying each aircraft,” he said. “The 34th AMU was able to fly 100 percent of our local scheduled sorties after the upgrade showing the outstanding dedication and attention to detail by everyone within the 388th Fighter Wing.”

The successful ALIS upgrade and F-35 milestones are proving that the Air Force’s newest fifth-generation fighter and the Airmen who maintain it are key to America’s defense.

“The culmination of the ALIS 2.0.2.4 and our 3,000th sortie is important because it highlights how fast the program at large is moving forward and how locally we are generating sorties at a very high rate—with only 22 aircraft assigned,” Miles said. “For example, in March we flew each of our aircraft an average of 17 times. Our Airmen are out-producing the entire F-35 enterprise and the Hill AFB stand-up of F-35 operations is ahead of schedule.”