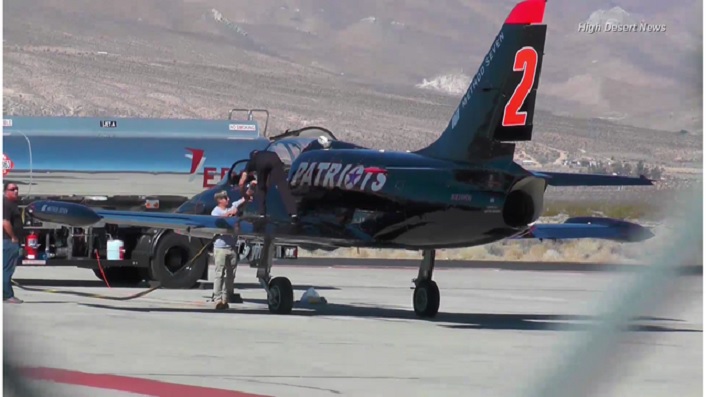 A Hollywood “top” secret mission appears to be going down in Inyokern.

As reported by KGET.com, no one would confirm what exactly is happening at Inyokern Airport, but earlier Tuesday afternoon, Paramount Pictures production trucks were in the area, along with cameras, a P-51 Mustang World War II era fighter plane along with several black L-39 Albatros trainers belonging to Patriots Jet Team.

CHP was out enforcing road closures from West Bowman Road to Highway 395 south of Inyokern.

Although we don’t know if the P-51 and the L-39s are slated to take part in the movie, we can assume that the trainers could play the role of contractor owned, contractor operated (COCO) adversary aircraft.

Locals tell 17 News East Kern correspondent David Johnson, some crew members stopped by businesses in the area, and when asked, said the “Top Gun” sequel was what they were working on.

The newest recruit to be cast is Manny Jacinto, who will be playing a pilot named Fritz in the sequel. Jacinto joins a star-studded cast of Top Gun: Maverick which will continue the iconic movie of the ’80s.

According to Deadline, Manny Jacinto will join the Top Gun ensemble cast also including Jennifer Connelly, Ed Harris, Jon Hamm, Miles Teller, Glen Powell and Monica Barbaro. Many of the details surrounding Top Gun: Maverick have yet to be disclosed, but some of the other casting specifics give us a small indication of the direction of the film. Teller has been cast as Goose’s son and will be Maverick’s new protégé – however the characters have been rumored to have a rocky relationship as well. Connelly will play the female lead, a single mother who runs the local bar near the Navy base, and possibly a new love interest for Maverick.

Noteworthy as already reported Maverick’s rides for Top Gun sequel will be a cool special painted F/A-18F Super Hornet (which recently experienced a mid-air issue while it was flying with Tom Cruise on board) and a new motorcycle that Tom Cruise already drove around airfield (as he did on a Kawasaki Ninja in the 1986 original) as shown in first pictures from Top Gun: Maverick set.