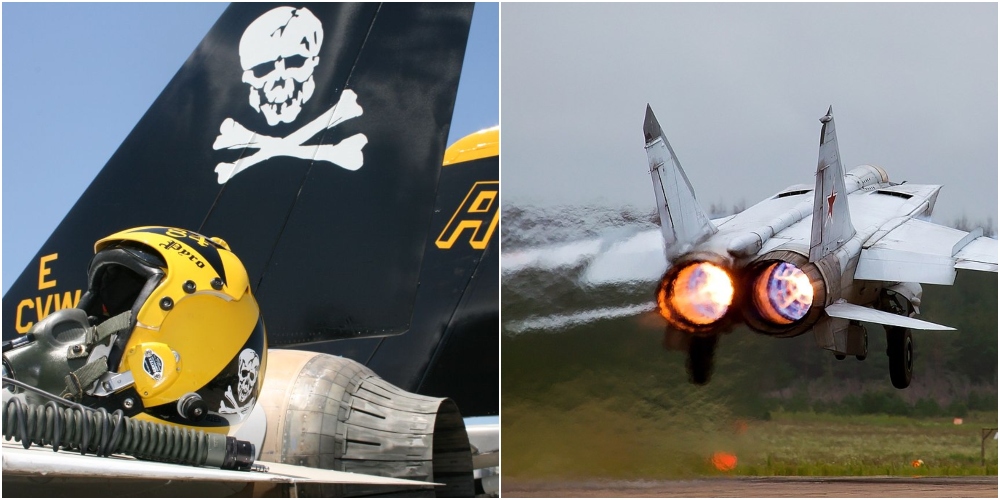 Shortly after two Libyan Su-22s were shot down by a section of F-14s led by CO of VF-41 Black Aces, Ed `Hunyack’ Andrews from VF-84 Jolly Rogers got airborne. He really wanted to shoot some Foxbats down…

On Aug. 19, 1981 after two VF-41 F-14s (Call Signs Fast Eagle 102 and 107) shot down two Libyan Sukhoi Su-22s, four additional Tomcats were vectored by E-2Cs to make sure the Black Aces F-14s were safe, found no other Libyan aircraft within the engagement area. Nevertheless, and despite the loss of two Su-22Ms, the  Libyan Arab Air Force (LAAF) continued sending fighters to challenge the Americans. As told by Tom Cooper, Albert Grandolini and Arnaud Delalande in their book Libyan Air Wars Part 1: 1973-1985, further intercepts thus followed barely an hour after Fast Eagles 102 and 107 had returned aboard USS Nimitz. An F-14 pilot from VF-84 Jolly Rogers recalled:

‘After the shoot-down of two Libyan Su-22s, it got really serious. F-14s that were holding station at 250 knots one day were suddenly maintaining 350-400 knots. Shortly after two Libyan Su-22s were shot down by a section led by CO of VF-41, Ed `Hunyack’ Andrews got airborne. He really wanted to shoot some Foxbats down.’

Andrews was paired with an F-14A from VF-41, flown by Lt `Junior’ Thomas, with Lt Cdr Paul Williamson as RIO. Williamson recalled:

‘We launched in good time and were vectored to a southeasterly station east of Misurata (the LAAF base), and joined with a fighter from our sister squadron VF-84. After a short time on station, we were vectored almost due west to intercept two high-speed, relatively high-altitude aircraft which appeared to have Iaunched from Misurata. We acquired the aircraft on radar and completed the intercept, identifying the aircraft as Foxbats.’

The two Foxbats in question were MiG-25Ps of No. 1015 Squadron LAAF, forward deployed at Misurata AB, and led by Major Khalid Maeena. Maeena received order to ‘chase away’ any US Navy aircraft he could find. His attempt did not work, since the American pilots did not notice any kind of particularly aggressive behaviour on the part of the Libyan pilots, as explained by Williamson:

‘Naturally, we were excited, but the intercept and escort of the Foxbats was relatively routine. Upon intercept, they made a few mild 360 degrees turns and then appeared to be returning to base. We broke off, but then had to intercept them again when they steadied up on an easterly heading (i.e. towards the fleet). Eventually, they switched on their afterburners and departed, climbing to the west. I was impressed with the size and acceleration of the Foxbat, but because of its size, weight and wing configuration, I don’t believe it would present much of a threat in a conventional turning fight. Its acceleration in afterburner is impressive, but understandable in view of its published high-altitude speed.’

Eventually, although remaining airborne for four hours, Andrews had to return without a kill. With their radars and communications jammed by electronic countermeasures, Maeena and his wingman found it impossible to acquire any of US aircraft with their radars and could not attack. Following their ROEs, US commanders did grant permission to fire to any of the Tomcat pilots and shortly afterwards, Admiral Service concluded OOMEX and withdrew both carrier battle groups from the exercise area. Some excitement still existed after no less than 45 successive engagements with 90 different Libyan fighters over two days. As sundown on Aug. 19, 1981 approached, the alert was sounded on both carriers as another VF-84 F-14 crew member recalls:

‘One of outlying ships detected two unidentified delta-winged aircraft that were heading towards Nimitz and since I was on Alert-15, I dashed madly to the flight deck to man and launch. A couple of minutes later, the alert was cancelled, when the “unidentified aircraft” were identified as a pair of Phantoms from USS Forrestal, that had gotten turned around.”

As could be expected after such experiences, the Libyan administration reacted with the usual vitriolic rhetoric and an outright disinformation campaign. The Jamahiriya Arab News Agency reported that the LAAF had fought eight F-14s and shot down one. Amid wild rumours spreading through Tripoli, including that the CIA was planning to overthrow Gaddafi and that the US Navy fleet was about to assault Libya in conjunction with Egypt and Sudan, the Libyan media was busy maintaining morale by spreading fantastic reports about the success of the Libyan Air Force. The two downed Su-22 pilots were shown on the State TV, alive and well, in the late evening of Aug. 19, and then Maj Maeena appeared. He reported to have, ‘personally chased six F-14 bombers that had been on their way to attack many Libyan cities’. He went on to, `first, thank Libya’s leader Gaddafi, and secondly, the people of the Soviet Union for supplying him with the MiG-25 that enabled him to defend his homeland from the American aggressors, and shoot down all six of them as they tried to land and hide on their carrier ship’.

However, such statements were little more than ‘boasting for public relation purposes’. The LAAF pilots and their commanders understood very well that something went badly wrong, and that the Americans completely outclassed and outmanoeuvred them. After years of intensive training and the acquisition of very expensive weapons and support systems, this was extremely frustrating for many. Colonel Ali Tani, who led a pair of MiG-25Ps that ended up right in front of two old F-4Js on Aug. 18, explained:

‘Essentially, our Soviet aircraft were badly under-equipped electronically. Within one minute of receiving an initial intercept vector from our ground control, the EA-6Bs and EP-3s deployed by the US 6th Fleet in support of their interceptors had blinded our radars and muted our communications. From that moment on we were flying ‘blind and deaf’, completely dependent on our eyes for detecting Americans. Our radars were useless. We could neither see what’s going on ahead of us, nor ask our ground control for another vector or advice. Our ground control could not listen to American radio transmissions. If we acquired anything with our radars, they would implant decoy radar signatures into our systems, which we would pick up as ‘real’ bogeys. We were successively sending our interceptors after fake targets only for our pilots to find nothing but F-4s and F-14s on their tails. These were traps to bring us to their turf, while we thought we were chasing a real target…’

Libyan Air Wars Part 1: 1973-1985 is published by Helion & Company Limited and is available to order here. 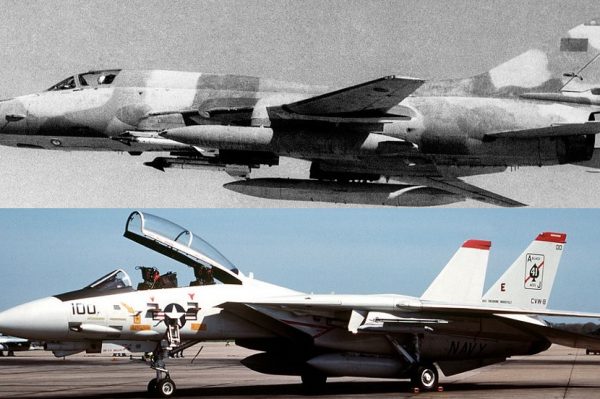 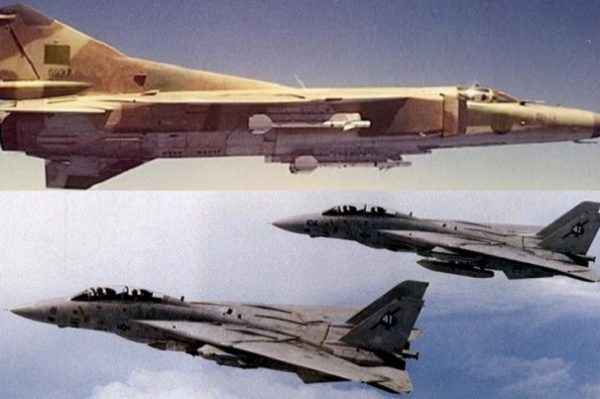 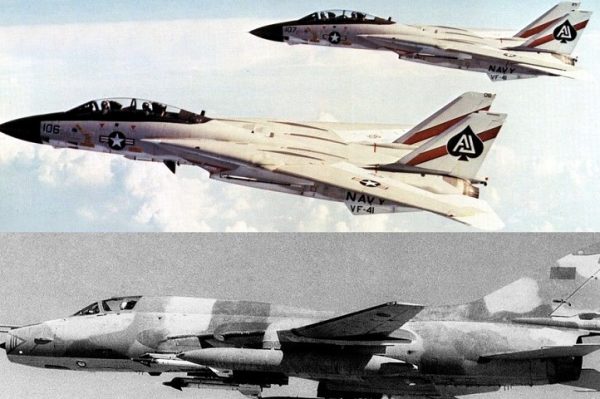