Log In Sign Up
Homepage Military Aviation‘We are going to be flying the F-15EX soon and it’s going to be awesome!’ 173rd FW Commander on transition from F-15C to F-15EX 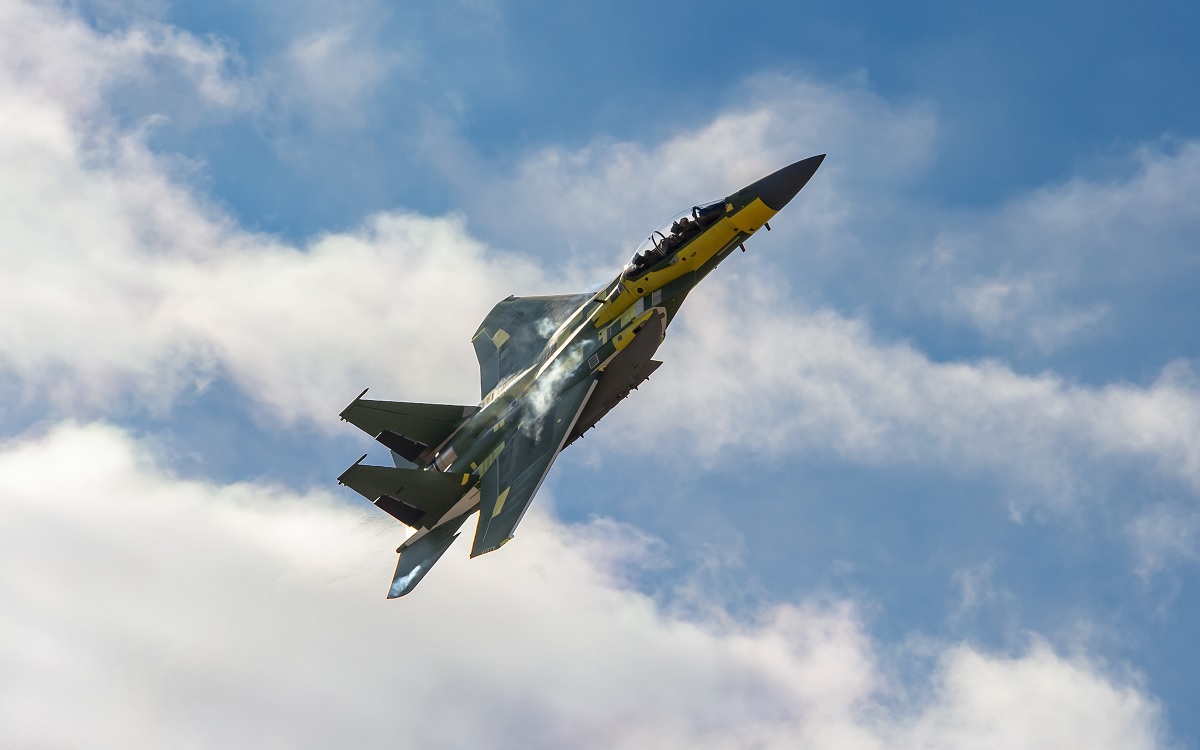 It was announced in August 2020 that the 173rd Fighter Wing will begin transitioning as the F-15EX formal training unit in 2024.

As already reported, the first F-15EX completed its initial flight in St. Louis on Feb. 2, 2021. The fighter jet took off and landed from St. Louis Lambert International Airport, Missouri.

As told by Senior Master Sgt. Jennifer Shirar, 173rd Fighter Wing, in the article F-15EX completes first flight, it was announced in August 2020 that the 173rd Fighter Wing will begin transitioning as the F-15EX formal training unit in 2024.

“Being selected as the F-15EX formal training unit is an outstanding mission for the 173rd Fighter Wing,” said Col. Jeff Edwards, 173rd FW commander. “Kingsley (Field Air National Guard Base) is simply an outstanding place to train pilots. The community support is just incredible, and we have some of the best training airspace anywhere. We have a culture of fighter training–we have been in the training business for over three decades, in the F-4 (Phantom), F-16 (Fighting Falcon), F-15C (Eagle), and now soon to be F-15EX.”

Edwards notes the long service life of the F-15EX airframe–20,000 flight hours. “That’s a long time, about double the service the life of an F-15C,” Edwards said. “Not only is the airframe designed to last for a long time, the F-15EX also has an ‘open mission system’ which allows the computer and avionics software to be more adaptable and more easily updated in the future. This adaptability is key, as we know that technology is continuing to accelerate.”

Edwards adds that there is a lot to do as the unit prepares to accept the F-15EX aircraft in 2024. “We will be in a transition period over the next several years as we train F-15C pilots while also preparing for F-15EX; while this will be a challenging time, we know that we’ve got a fantastic community supporting us and an outstanding team here at the 173rd Fighter Wing.”

That team is led by Lt. Col. Nick Huet, 173rd FW F-15EX conversion officer. “Ultimately, it’s very rewarding to have the opportunity to work on behalf of our wing to help secure a long-lasting mission for Kingsley (Field ANGB) and all the folks that call this base home,” Huet said.

“Lt. Col. Huet is an outstanding planner, strategic thinker, and instructor pilot,” Edwards said. “As we transition to the F-15EX, it was important to select an officer who had a vision for where we needed to go to be ready for F-15EX – Lt. Col. Huet has that vision.”

Prior to this position, Huet has held many roles including director of operations, U.S. Air Force Weapons School graduate, F-22 Raptor and F-15C instructor pilot.

“I work with designated representatives from all groups within the wing and together we navigate the conversion process,” Huet said. “As the first base to receive the F-15EX, our conversion will set the standard for all bases to follow – my game plan is for Kingsley to establish a bed down model that no other wing will be able to match!”

During the first F-15EX flight, the aircraft was piloted by Matt Giese, Boeing F-15 chief test pilot, who checked the avionics, advanced systems and software.

Proving again that the “eagle drivers” come from a small community, Edwards and Giese go way back. “Matt and I were in the same cadet squadron at the Air Force academy,” Edwards said. “It’s awesome to see him flying the F-15EX and being on the leading edge of the future of the Eagle.”

Two F-15EX fighters should be delivered to Eglin Air Force Base, Florida by the end of the first quarter of 2021. Eight pre-production aircraft were ordered in July 2020, to allow the military and the manufacturer to test and fully define their applications. The Air Force plans to eventually acquire at least 144 F-15EX fighters.

“The F-15EX will secure the future of Kingsley (Field ANGB) for many more years,” Edwards added. 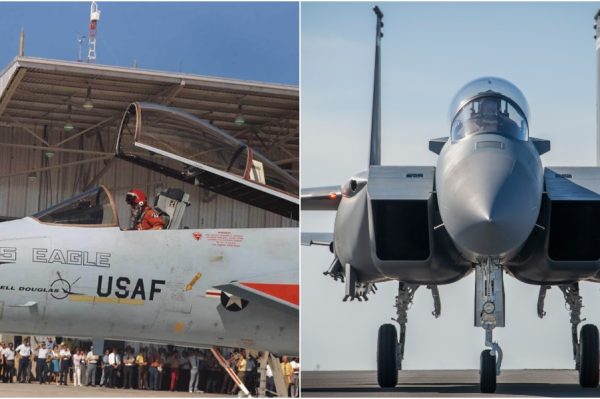