This post provides the link to a very interesting clip.

Filmed on Apr. 22, 2016 at RAF Coningsby, the footage in fact features a Royal Air Force (RAF) twin seater Eurofighter Typhoon from to No 29 Squadron “clipping grass” while landing after a morning training sortie.

We can assume that, because the unit is the RAF Typhoon Operational Conversion Unit (OCU), the aircraft was driven by a student who misjudged their rate of descent as they were about to touch down on the threshold and probably reduced the throttle a bit early.

Afterward, two men in flight suits who presumably were the crew of the Typhoon, drove out to inspect the grass.

Until its disbandment in 1998, No 29 Squadron operated some of the most famous fighter aircraft to ever fly with the RAF such as the English Electric Lightning, the McDonnell Douglas Phantom and the Tornado F3.

Reformed in Sep. 2003 as the Typhoon OCU, the squadron is now based at RAF Coningsby and is tasked to train front-line pilots to fully equip Royal Air Force Typhoon squadrons.

You can see the video here. 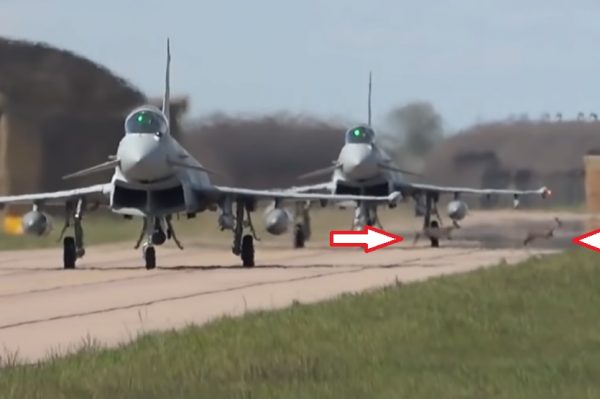 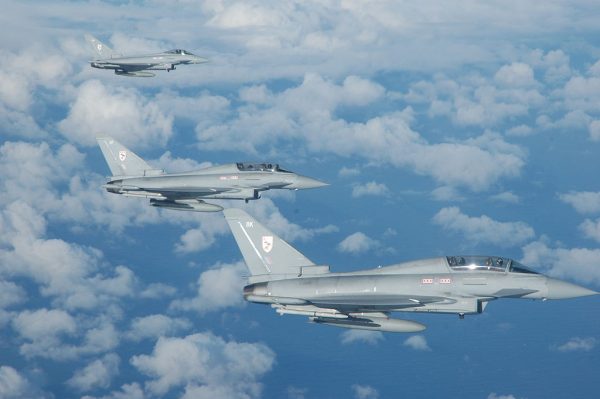