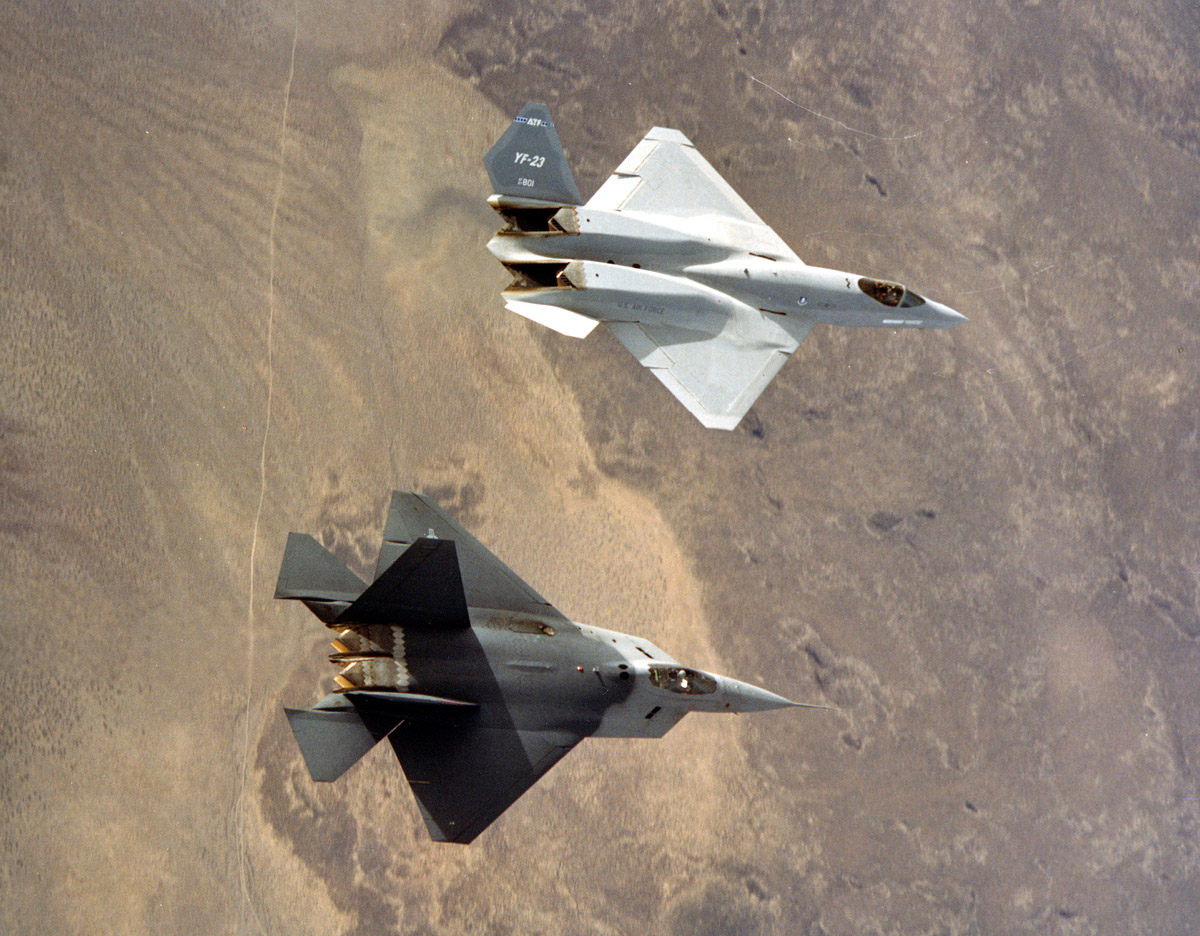 The Northrop YF-23A and the Lockheed YF-22A, which of course are the two cool aircraft you see in the photos of this post, competed against each other in the late 1980s/early 1990s in the Advanced Tactical Fighter (ATF) program.

As we have already explained the origins of the ATF program trace back to late 1970s, when a new generation of Soviet fighters and Surface-to-Air Missiles (SAMs) prompted the U.S. Air Force (USAF) to find a replacement for the F-15 Eagle air superiority fighter.

The Advanced Tactical Fighter entered the Demonstration and Validation phase in 1986. The prototype aircraft (YF-22 and YF-23) both completed their first flights in late 1990.

The extensive flight tests conducted demonstrated that the YF-23 was stealthier and faster while the YF-22 was more agile.

Eventually the YF-22 was selected as best of the two and the engineering and manufacturing development effort began in 1991 with the development contract assigned to Lockheed/Boeing.

The aircraft received approval to enter low rate initial production (LRIP) in 2001. Initial operational and test evaluation by the Air Force Operational Test and Evaluation Center was successfully completed in 2004. Based on maturity of design and other factors the program received approval for full rate production in 2005 and today the F-22 Raptor is USAF’s air dominance fighter.

However, basing your opinion just on their look, can you tell us which one among these two futuristic fighter aircraft prototypes is your favourite?

We’re looking forward to read your choice in a comment to this article! 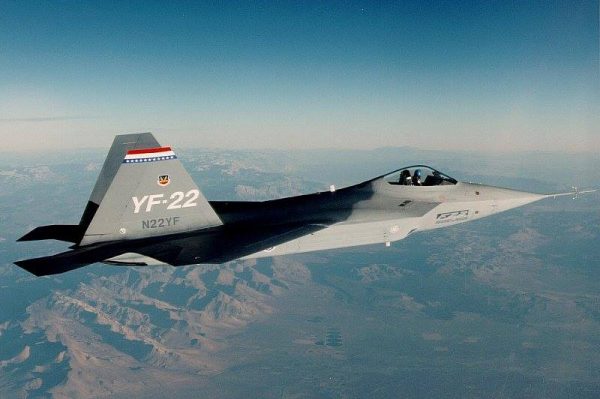 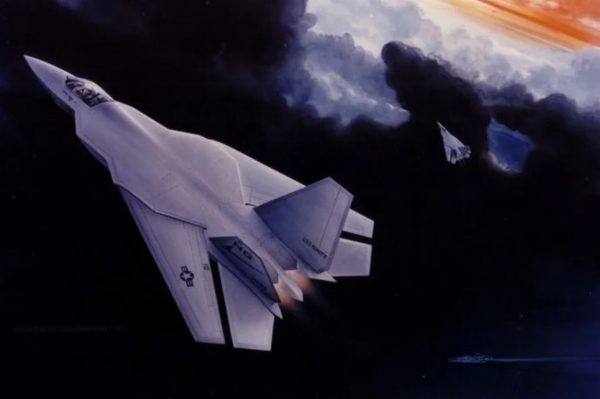 US Naval Aviator explains why although would have been easier to adapt the YF-22 for aircraft carrier operations than the YF-23, neither candidate in the ATF program was really suitable for Naval operations 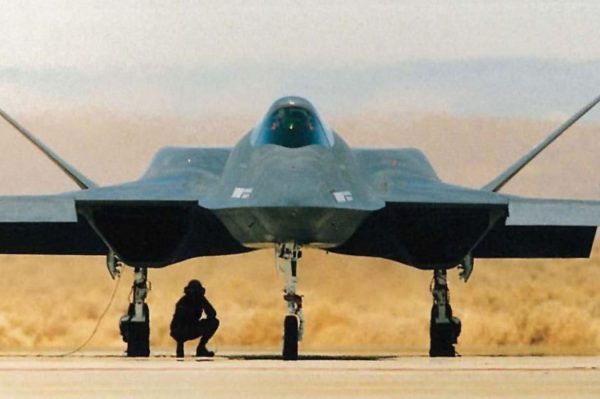