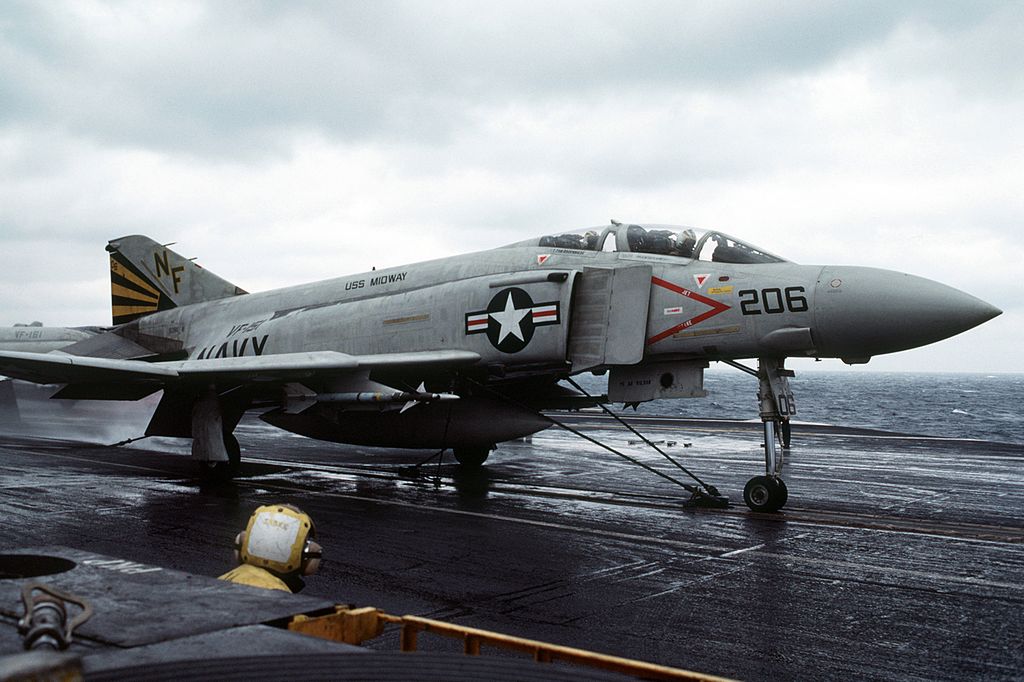 “It grows on you. It smells like an airplane, it makes a lot of noise, vibrates, goes fast, it’s real loud. You put it on like a glove. I’ll never forget the airplane and it will always have a soft spot in my heart,” CDR John Patton, former F-4 Phantom with VF-161

Taken on Mar. 25, 1986 aboard USS Midway (CV 41) the vintage video in this post shows a major event in the history of Naval aviation, the final F-4 Phantom fighter to be launched from a U.S. Navy aircraft carrier that was catapulted across the “Big 41′ for the last time on that day.

Lt. Alan Colegrove, pilot, and Lt. Greg Blankenship, RIO, flew Fighter Squadron 151’s Phantom 210 off the deck of the carrier at 9:12 a.m., marking the end of an era that spanned more than three decades. The historic fly-off occurred as Midway conducted flight operations in the East China Sea about 100 miles south of the Republic of Korea.

The F-45s of VF-151 and VF-161 were the last Phantoms in the regular Navy’s inventory, serving aboard 13 operational aircraft carriers. Carrier Air Wing 5 was slated to receive the then Navy’s newest and most sophisticated aircraft, the F/A-18 Hornet, following modifications to the ship during its 1987 yard period. “With this fly-off we have witnessed the end of an era, that of an aged but still most effective fighting machine, the F-4S Phantom,” said Capt. Riley D. Mixson, Midway’s commanding officer, said in the article End of An Era written by JO2 Ron Vanasdlen and appeared in April 1986 issue of All Hands.

The Phantom had been the tried and true air-plane for Navy aviators for almost 30 years.

The F-4 was the first aircraft flown simultaneously by the U.S. Navy Blue Angels and the U.S. Air Force Thunderbirds flight demonstration teams.

“The capabilities of that jet have paid off in many ways for the Navy, and I do hate to see it go,” Beard said.

CDR John Patton, then VF-161’s CO, is a former Blue Angel and has flown F-4s for 16 years. He has logged more than 3,200 flight hours in the Phantom. In his opinion, there couldn’t be a finer airplane.

“The F-4 has been a strike fighter since 1961 when it became operational. We carried all the ordnance everybody else had, plus we did the fighter missions.”

The squadrons also have an impressive history using the jet. VF-151 was the last ace squadron of the Vietnam War. While flying off the Midway in F-4Js, the squadron shot down the last MiG in that war.

Some of the planes went to the desert for preservation, two were marked for VX-4 PMS at Pt. Mugu, CA., several went directly to the Marine Corps, and ten went to NAS North Island for a little work and refitting and then to the USMC. The Marines continued to use the jets until the 1990s.

CDR Bud “Thunder” Taylor, then VF-151’s CO, has 4579 flying hours, with 1,450 of those hours in the F-4. He described piloting the F-4. “It grows on you. It smells like an airplane, it makes a lot of noise, vibrates, goes fast, it’s real loud. You put it on like a glove. I’ll never forget the airplane and it will always have a soft spot in my heart.”

Taylor’s love for the jet is easy to understand. The Vietnam veteran pilot flew 150 missions in the Phantom and was pleased with its dual engines, two seats, its speed, the survivability of the jet and the normal comfortable feeling of the jet doing its job.

“Still, I would not hesitate to take the F-4 into war tomorrow,” he concluded. 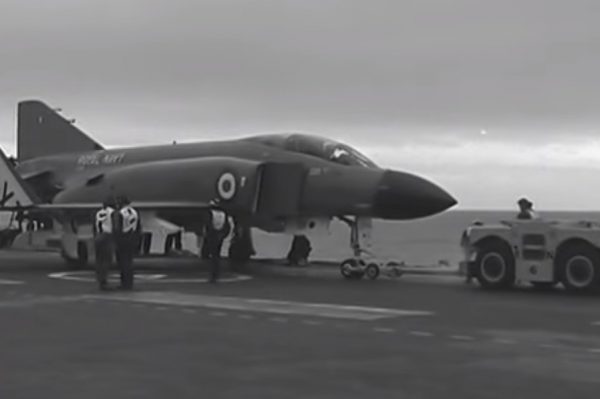 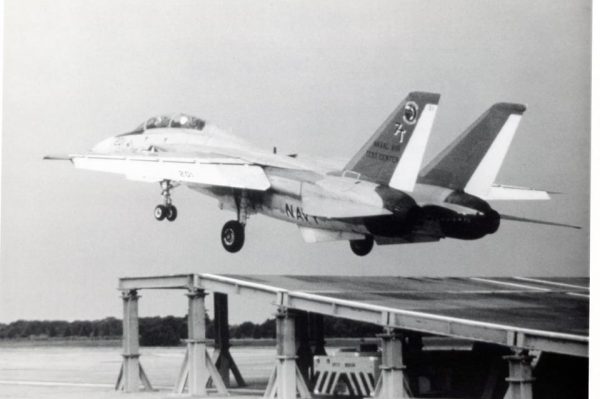 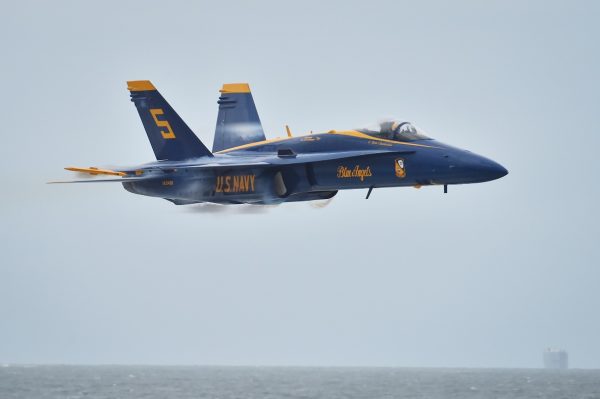