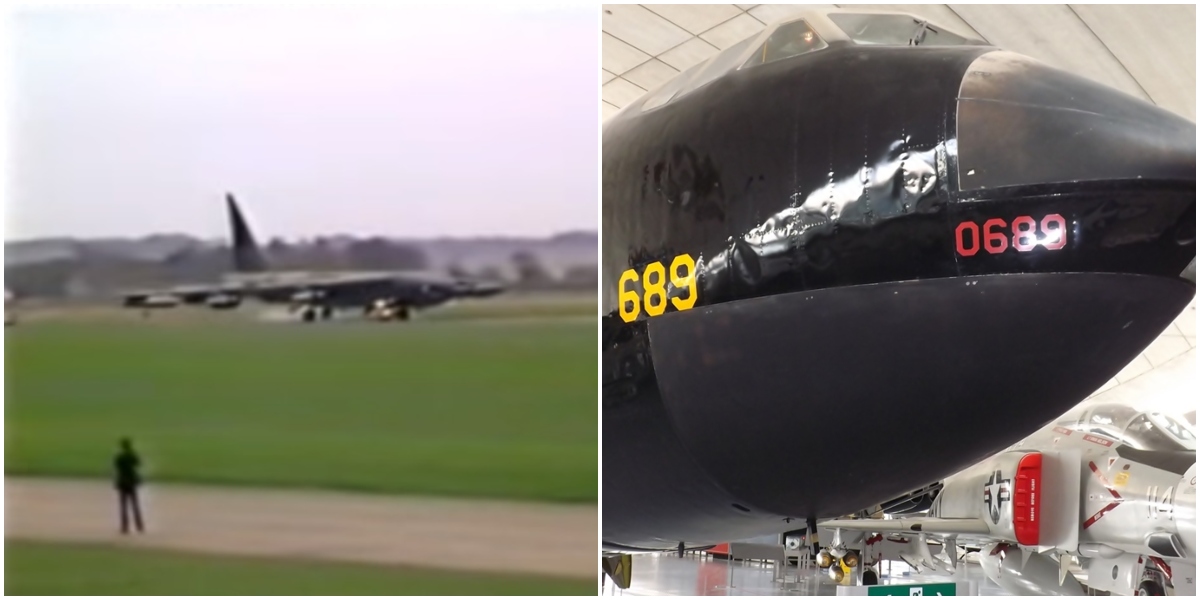 The impressive video in this post shows a retired B-52D Stratofortress strategic bomber landing at the IWM Duxford airfield before being put on permanent display at the local American Air Museum.

Taken on Oct. 8, 1983 the impressive video in this post shows a retired B-52D Stratofortress strategic bomber landing at the Imperial War Museum (IWM) Duxford airfield before being put on permanent display at the local American Air Museum.

Noteworthy the landing featured in the footage is the shortest runway landing completed by any B-52 Stratofortress.

Duxford’s BUFF was built by Boeing Airplane Company in 1957 and used by the United States Air Force (USAF), Strategic Air Command (SAC) on over 200 missions from 1957-1983. It completed 14,000 flying hours during its service including flying 24 hour nuclear alert missions from 1957-1966 and periodic duties in South East Asia during the Vietnam War from 1966-1978, including flights on Operation Arc Light close air support missions, on strategic operations against North Vietnam, Operation Linebacker (May -December 1972) and Operation Linebacker II (December 1972). 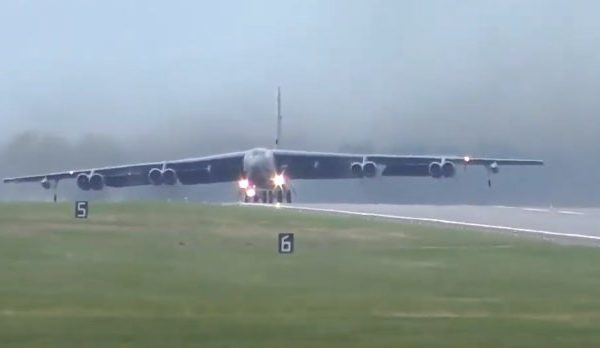 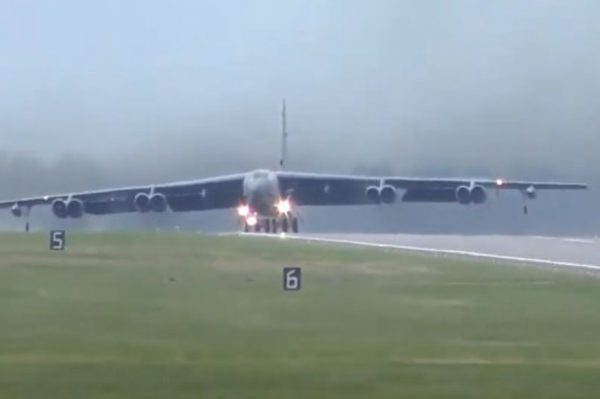