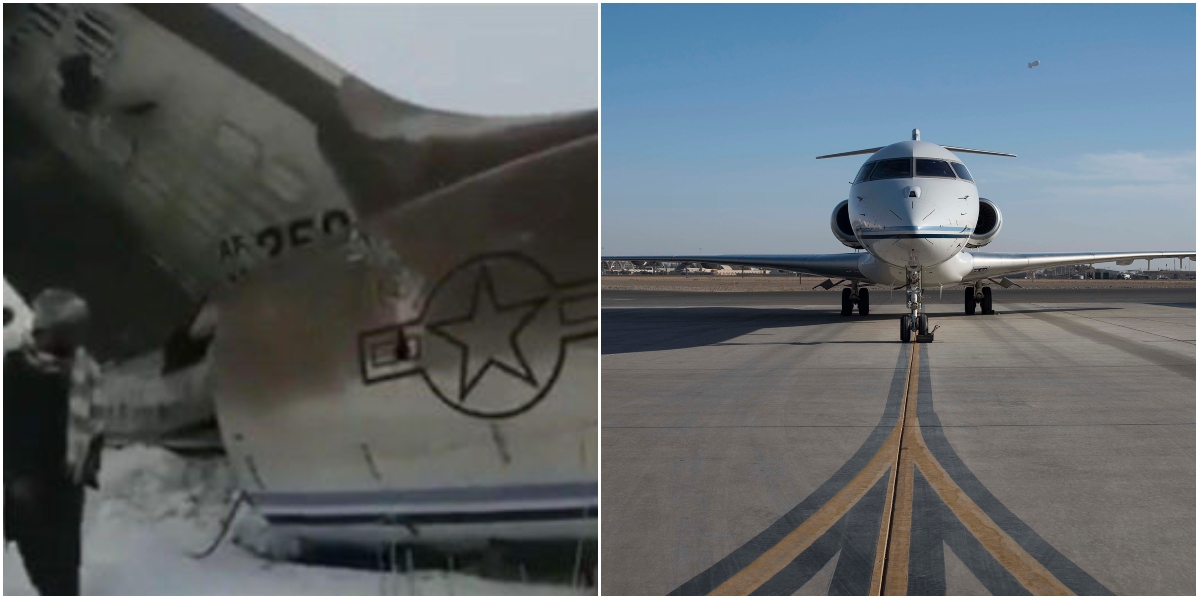 “There are no indications the crash was caused by enemy fire,” US Forces-Afghanistan spokesman Col. Sonny Leggett said in a statement. “Taliban claims that additional aircraft have crashed are false.”

The E-11A, which is a converted Bombardier BD-700 Global Express Business jet equipped with specialized communications equipment, went down in a Taliban-controlled area of Ghazni Province, north of its operating base at Kandahar Airfield. The E-11A serial number 11-9358 was assigned to the 430th Expeditionary Electronic Combat Squadron, a geographically separated unit of the 455th Air Expeditionary Wing at Bagram Airfield.

“There are no indications the crash was caused by enemy fire,” U.S. Forces-Afghanistan spokesman Col. Sonny Leggett said in a statement. “Taliban claims that additional aircraft have crashed are false.”

According to Air Force Magazine, the USAF maintains a small presence of four E-11 aircraft at Kandahar. The BACN works to ensure a consistent and effective form of communication in nearly any location or environment, significantly reducing the possibility of communication failure and increasing the rate of mission success. The payload, or package of sensors carried on the E-11A, allows command and control to get in contact with the troops on the ground, and vice versa, to enable mission accomplishment. The aircraft was developed as an urgent operational need after communication shortfalls were identified during Operation Red Wings in Afghanistan in 2005. The operation became well known following the success of the book and subsequent movie “Lone Survivor” by Marcus Luttrell, a former Navy SEAL and the only surviving member of the mission.

Speaking to reporters, Air Force Chief of Staff Gen. David Goldfein confirmed the E-11 crash Monday morning, but said he did not have details on the status of the aircrew. Five crew members were on board, FOX News said.

Unlike most other USAF aircraft, E-11 crews come from other airframes and often fly the plane the first time while deployed. The aircraft flies over Afghanistan constantly — it surpassed 10,000 sorties in 2017 about eight years after deploying to the country for the first time.

The following video was posted online and shows the wreckage, with the cockpit and main fuselage heavily damaged and burning. The tail of the aircraft is largely intact, with the tail markings of the Air Combat Command seal, tail number 11-9358, and USAF roundel clearly visible.