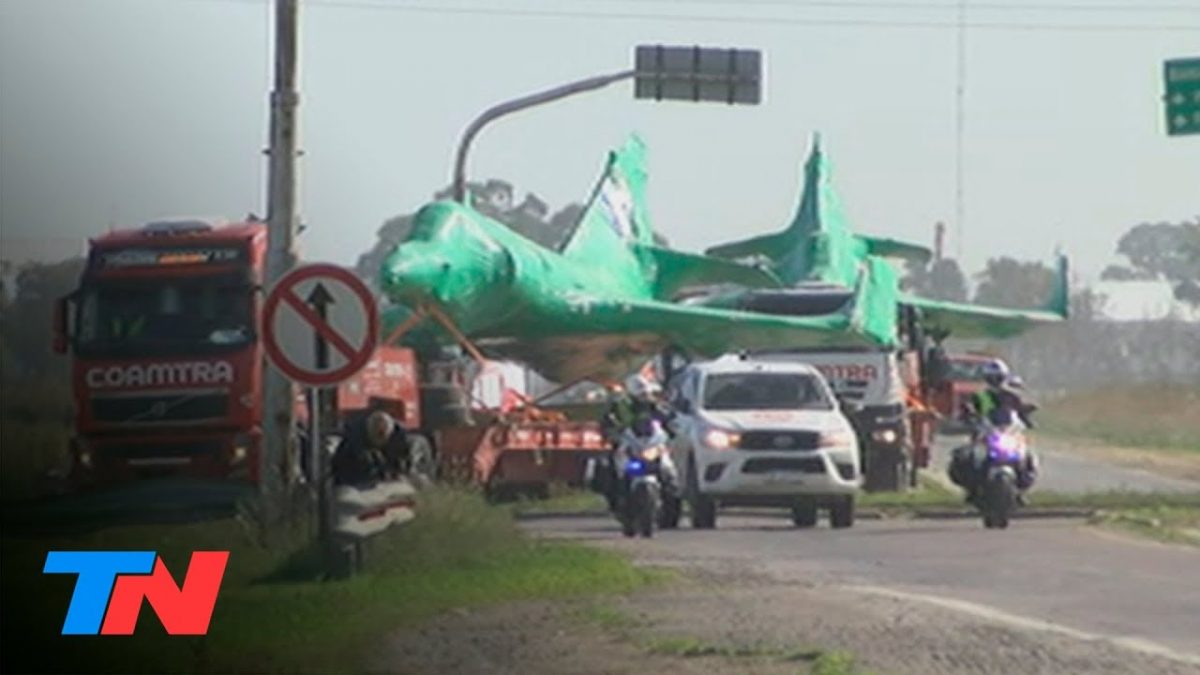 Taken on May 14, 2019 the interesting video in this post shows Super Étendard Modernisé (SEM) attack aircraft being transported on the road in Argentina.

As we have already explained the five former French Navy SEM attack aircraft, which were purchased by the Argentine government, recently arrived in Bahia Blanca (Argentina).

The Super Étendard Modernisé attack aircraft have been presented in an official ceremony on May 13, 2019. The Argentine Minister of Defense as well as senior leaders of the Argentine Navy attended the ceremony.

However it will take a while before these aircraft will be up in Argentine skies, as the country first needs to invest a total amount of USD 5 million in a modernization programme.

The Super Étendards were decommissioned by the French Navy in 2016.

French President announced on Jan. 26, 2018 that the defense ministers of Argentina and France signed a contract for the sale of five Super Étendard attack aircraft to Argentina.

Argentina was in talks with France since May 2017 to buy refurbished Super Étendards.

The Argentine ministry of defense was quoted as saying that the “transaction provides excellent value, and under very favorable conditions. […] Our pilots must be able to train in modern aircraft.”

The Argentine military re-equipment program involves also four new patrol ships which are currently under construction at the Tandanor yards with support from France, Italy and China.