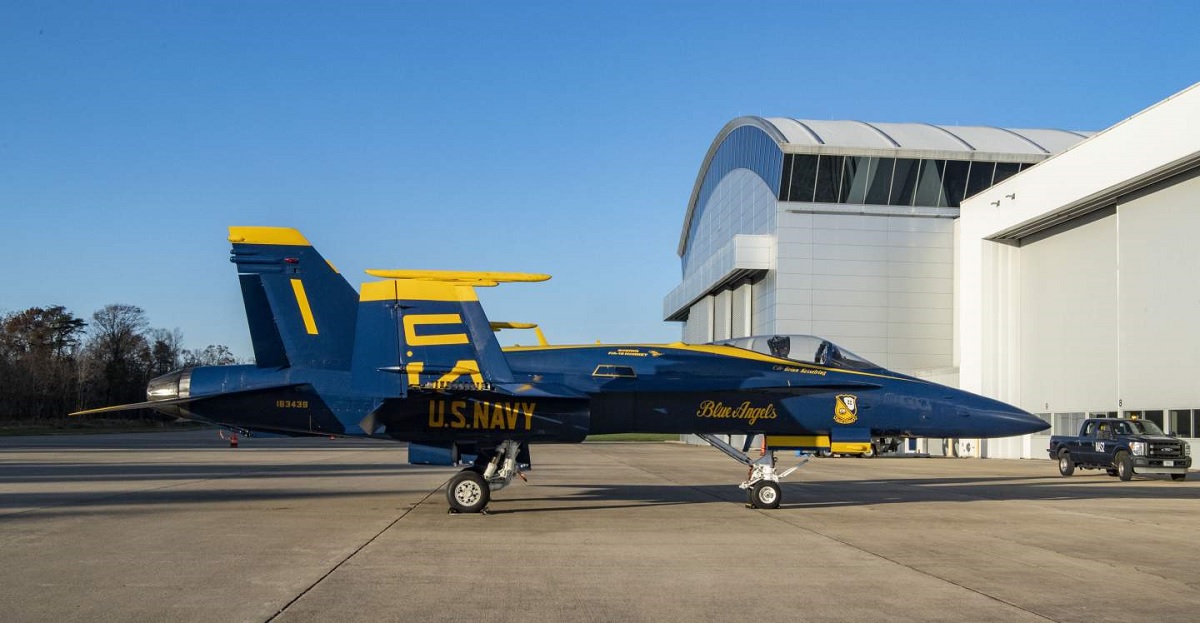 The recently retired F/A-18C flew into Washington Dulles International Airport on Nov. 18, 2020 in preparation for display at the museum’s Udvar-Hazy Center in Chantilly, Virginia, at a later date.

As the interesting video in this post shows, the Smithsonian’s National Air and Space Museum has welcomed the Blue Angels’ F/A-18C Hornet into the national collection. This is the first Blue Angels aircraft the museum has acquired. The recently retired F/A-18C flew into Washington Dulles International Airport on Nov. 18, 2020 in preparation for display at the museum’s Udvar-Hazy Center in Chantilly, Virginia, at a later date.

“The museum’s collection of this important aircraft will allow us to tell stories of the Navy’s Flight Demonstration Team, as well as its time in combat,” said Laurence Burke, naval aviation curator at the museum, in the Smithsonian’s National Air and Space Museum news release. “We look forward to sharing this plane with our visitors at the Udvar-Hazy Center.”

For the Navy’s Flight Demonstration Team, the Blue Angels, the Hornet has been an excellent show aircraft with amazing longevity, serving for 34 of the team’s 75 years of existence—more than twice as long as any other aircraft type. This F/A-18C is a legacy Hornet (models A/B/C/D) that replaced the Douglas A-4 Skyhawk as the Blue Angels’ aircraft at the end of the 1986 season. It was one of the first C models built, delivered to the Navy in 1987. It was soon assigned to Strike Fighter Squadron (VFA) 86, the first East Coast squadron to receive the C model Hornet. It flew with the squadron during Operation Desert Storm, the First Gulf War in 1991 and then with VFA-83, helping to enforce the no-fly zone over southern Iraq in 1994.

All told, the airplane served in eight different squadrons, seeing service in both Atlantic and Pacific oceans as well as the Mediterranean and Red seas before being turned over to the Blue Angels in 2015. It was active with the team until the end of the 2020 season when all of the legacy models were retired in favor of the Super Hornet (the E and F models), approximately 33% larger than the Hornet.

“After 34 years of service to the U.S. Navy Flight Demonstration Squadron, the Blue Angels, it is incredible this aircraft has the opportunity to live a second life on display at the Smithsonian for generations to come,” said Lt. Brian Abe, maintenance officer for the Blue Angels. “In preparation for display, the Blue Angels maintenance team will continue to work with the museum and other Navy entities to ensure the aircraft is safe for public viewing.”

When the museum’s F/A-18C Hornet goes on display to the public, it will join other naval aviation greats, such as the F6F-3K Hellcat, the F-4S Phantom II, the A-6E Intruder and the F-14D Tomcat.

Click HERE to learn more about the Modern Military Aviation exhibition at the Udvar-Hazy Center. 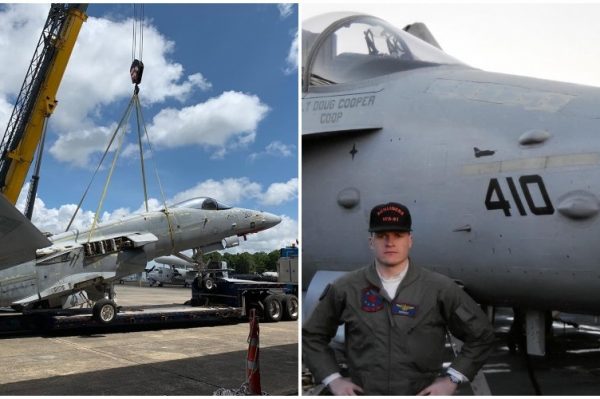