Log In Sign Up
Homepage Military Aviation[Video] F-15EX performs first flight, paving the way for the delivery of the first two jets to the USAF later this year 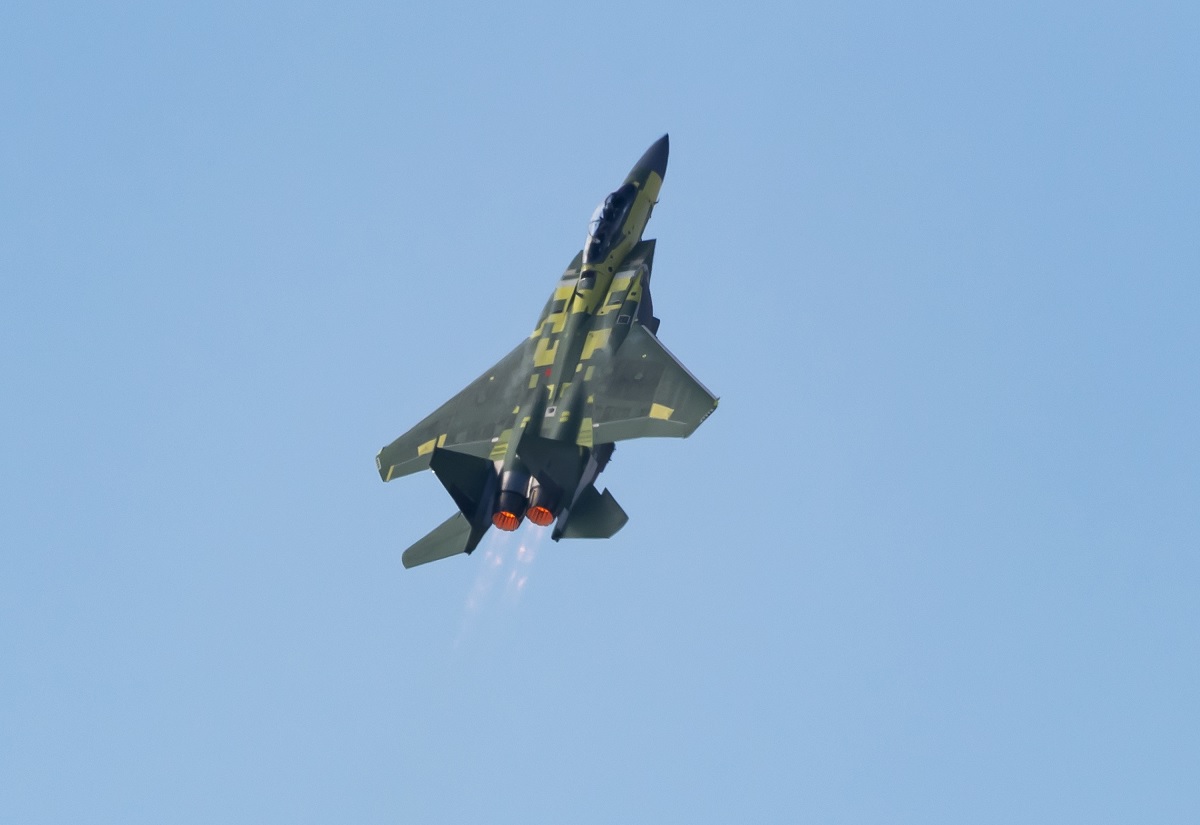 [Video] F-15EX performs first flight, paving the way for the delivery of the first two jets to the USAF later this year

As the interesting video in this post shows, the new Boeing F-15EX fighter jet completed its first flight on Feb. 2, 2021 paving the way for the early delivery of the first two jets to the US Air Force (USAF) later this quarter. The jet took off and landed from St. Louis Lambert International Airport, completing a 90-minute test flight before returning to the airport.

“Today’s successful flight proves the jet’s safety and readiness to join our nation’s fighter fleet,” said Prat Kumar, Boeing vice president and F-15 program manager, in the company news release. “Our workforce is excited to build a modern fighter aircraft for the U.S. Air Force. Our customer can feel confident in its decision to invest in this platform that is capable of incorporating the latest advanced battle management systems, sensors and weapons due to the jet’s digital airframe design and open mission systems architecture.”

The fighter’s digital backbone means it can serve as a testbed for future technology insertion, a key capability for the Air Force. Modern variants of the F-15 also include fly-by-wire flight controls, an all-new digital cockpit, modern AESA radar and the ADCP-II, the world’s fastest mission computer.

The F-15EX, the most advanced version to date, features the Eagle Passive/Active Warning and Survivability System electronic warfare system to improve mission effectiveness and survivability for operators.

In July, the Air Force awarded Boeing a contract to build the first lot of eight jets. Future plans call for as many as 144 aircraft.

As already explained, the F-15EX will simply fall in on the mission of the F-15C/D, but since in the 2030s the F-15E comes to the end of its service life the EX could shift to more of the Strike Eagle model’s ground-attack mission. The USAF has officially said it intends to fly the aircraft with a single pilot although the EX will feature two cockpit positions.

Moreover, on Jan. 28, 2021 Boeing received a licence from the US government to offer its F-15EX fighter jet to the Indian Air Force (IAF). 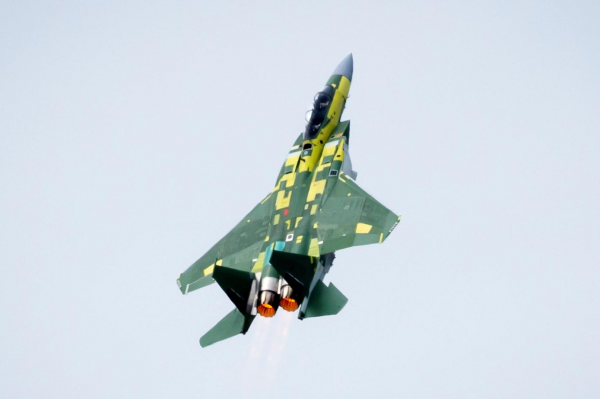