Log In Sign Up
Homepage F-14 Tomcat[Video] F-14A Lands on Carrier Without Nose Gear: Tomcat pilot could not notice the no nose gear, the LSOs did not see the gear up 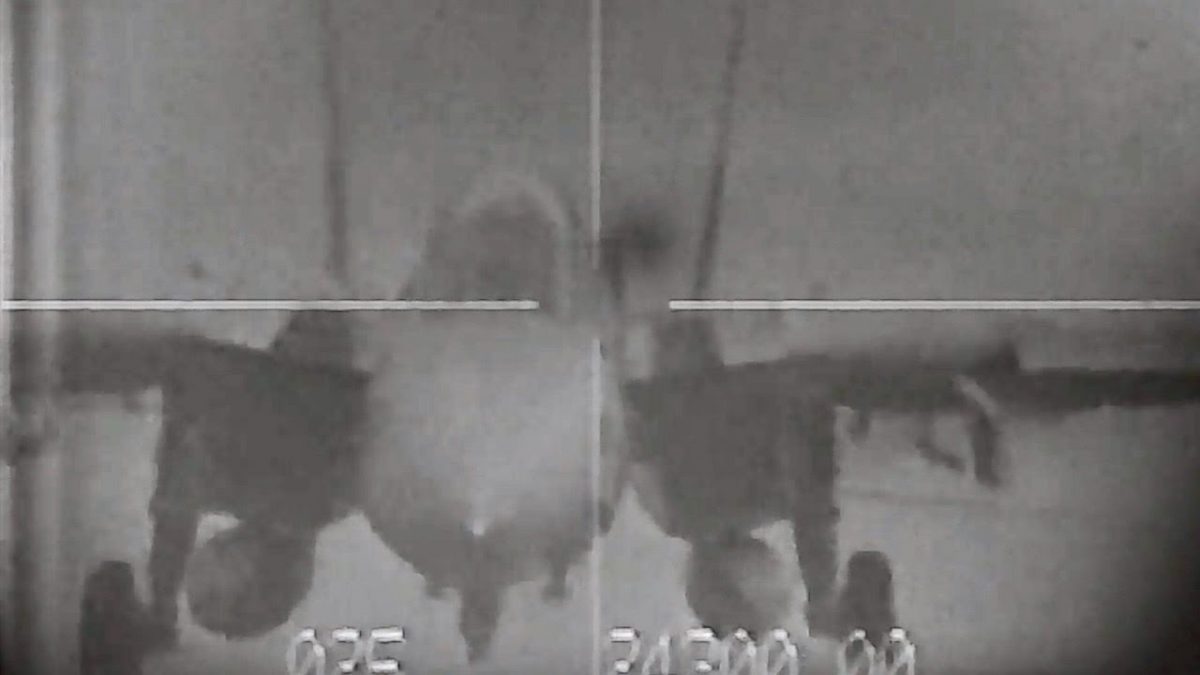 [Video] F-14A Lands on Carrier Without Nose Gear: Tomcat pilot could not notice the no nose gear, the LSOs did not see the gear up

In the F-14 cockpit, a combination of failures resulted in a display of nose gear down. The LSOs did not see the gear up.

Taken on Aug. 22, 1994 the video in this post features an F-14A Tomcat successfully landing without nose gear aboard USS Independence (CV-62).

A former Landing Signal Officer (LSO) explained on Rectum Non Bustus! The Platform where LSOs roost Facebook group: “This mishap caused a rewrite in the NATOPS manual and in Air Wing Landing SOPs. I don’t remember the details, but in the cockpit, a combination of failures resulted in a display of nose gear down. The LSOs did not see the gear up (the approach light wasn’t always working on F-14s, I waved airspeed/AOA by pure attitude and was usually within two knots) but I remember some other factors that complicated their jobs at this moment.”

The F-14 pilot could not notice the nose gear not being down: actually there aren’t “3 green lights” in the cockpit of a Tomcat. Instead there was a gear lever which the pilot had to verify was down. He did have a red “gear up” light though.

However the strut had already traveled far enough to extinguish the light apparently. However, this mishap was a very embarrassing event for the LSO’s, no one on the platform noticed the no nose gear until it was too late.

Responsible for making instant judgments, LSOs direct aircraft landing aboard ship, and often know more about what’s happening with an approaching aircraft than its pilot. The LSO can tell at a glance whether a plane’s approach is too high, too low, too fast or too slow, and despite advances in technology (examples being the Optical Landing Systems on display), the LSO still monitors and guides each landing and is responsible for calling wave-offs when an aircraft has entered a dangerous situation. 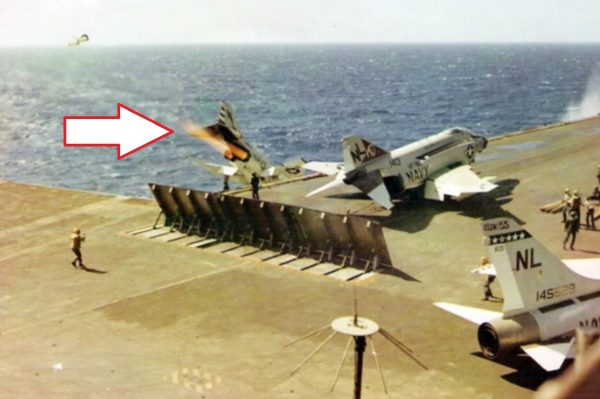