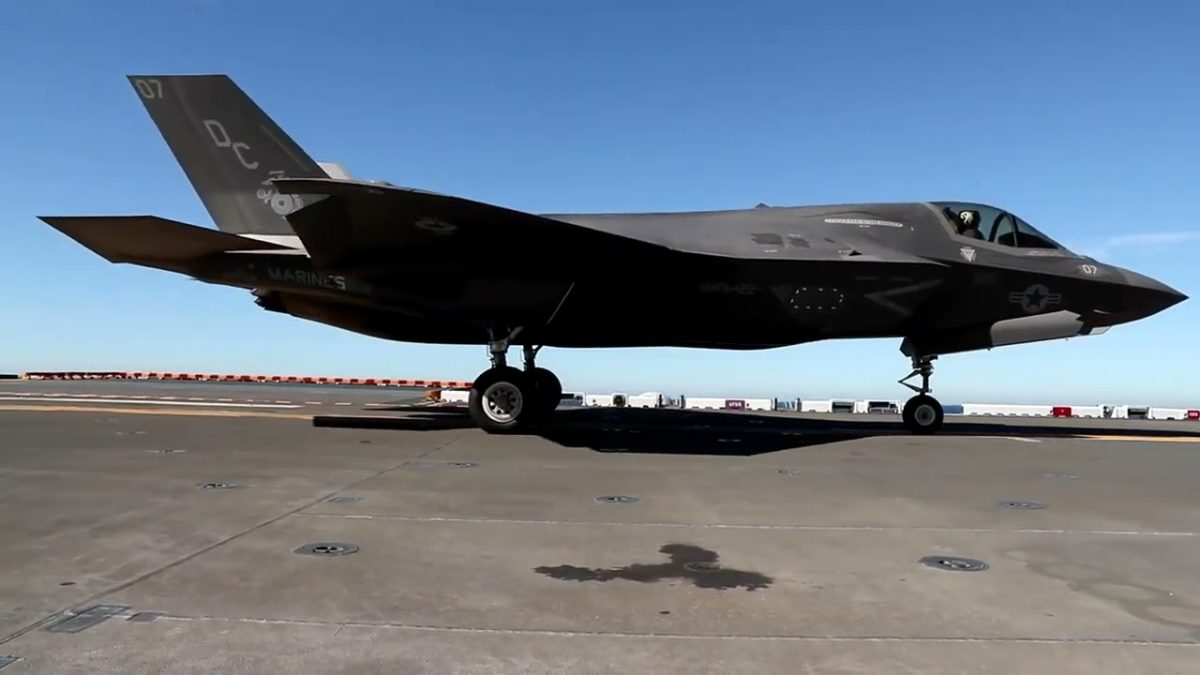 An F-35B Lighting II from VMFA-122 touched down on the flight deck of amphibious assault ship USS Tripoli (LHA 7) on Jan. 11, 2022 marking the first time the ship has landed the new fifth generation fighter.

As the video in this post shows, an F-35B Lighting II from Marine Strike Fighter Attack Squadron (VMFA) 122 touched down on the flight deck of amphibious assault ship USS Tripoli (LHA 7) on Jan. 11, 2022 marking the first time the ship has landed the new fifth generation fighter.

Tripoli has been steadily operating and training the crew in preparation for the underway flight operations with VMFA-122, which culminated in the fixed-wing certification for the ship.

“This is what Tripoli was built for,” said Capt. Joel Lang, Tripoli’s Commanding Officer, to Lt. Davis Anderson, USS Tripoli Public Affairs, for the article Tripoli recovers F-35Bs, certifies for fixed-wing operations. “The crew and supporting organizations have worked incredibly hard to get us to the point where we can launch and recover aircraft, rising to every challenge the Navy has put before them since we commissioned. I am extremely proud of what we have accomplished.”

Bringing the aircraft to the ship required a lot of coordination between Tripoli and the Marines who operate the fighter.

“It was an honor to support Tripoli in accomplishing such an important event,” said Maj. Randy Brazile, the landing signal officer embarked from VMFA-225. “The Marines and pilots from VMFA-122 and (Marine Operational Test and Evaluation Squadron) VMX-1 are excited to see Tripoli achieve its fixed-wing flight certification.”

The Sailors who comprise the flight deck crew have trained their entire careers to run flight operations, and they worked efficiently and safely while accomplishing this milestone.

“Everything flowed perfectly,” said Aviation Boatswain’s Mate (Handling) 1st Class Paul Salame. “We did everything we practiced for. I got to launch the first jet ever from Tripoli; it was a good feeling. We’re all very excited to do it again.”

As crewmembers crowded vulture’s row or viewed the flight operations on one of the ship’s monitors, the excitement was palpable throughout the command.

“The crew has sacrificed time away from their families and friends to accomplish our mission,” said Lang. “Days like today prove that the time those families have given us isn’t wasted.”

Tripoli is an America-class amphibious assault ship and commissioned in July 2020. The ship is homeported in San Diego and operates under commander, Expeditionary Strike Group 3.

Tripoli is the second LHA to be delivered to the Navy, and the third in naval history to bear the name which harkens back to the first US battle fought on foreign soil. The name Tripoli was previously assigned to a Casablanca-class escort carrier which saw service in the Second World War. Later, the first amphibious assault ship with the name USS Tripoli (LPH 10) served in Vietnam and during the Gulf War.

Tripoli was built in Pascagoula, Mississippi, by Huntington Ingalls Industries. 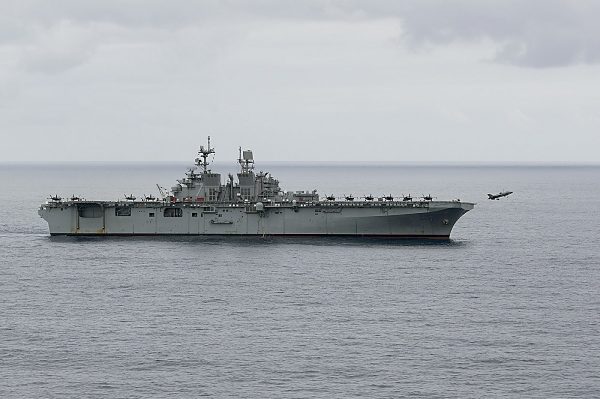 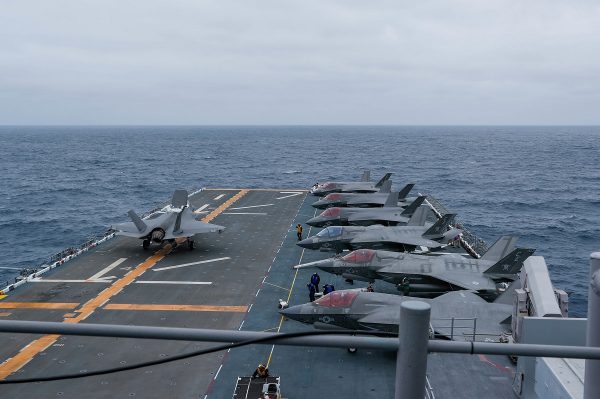