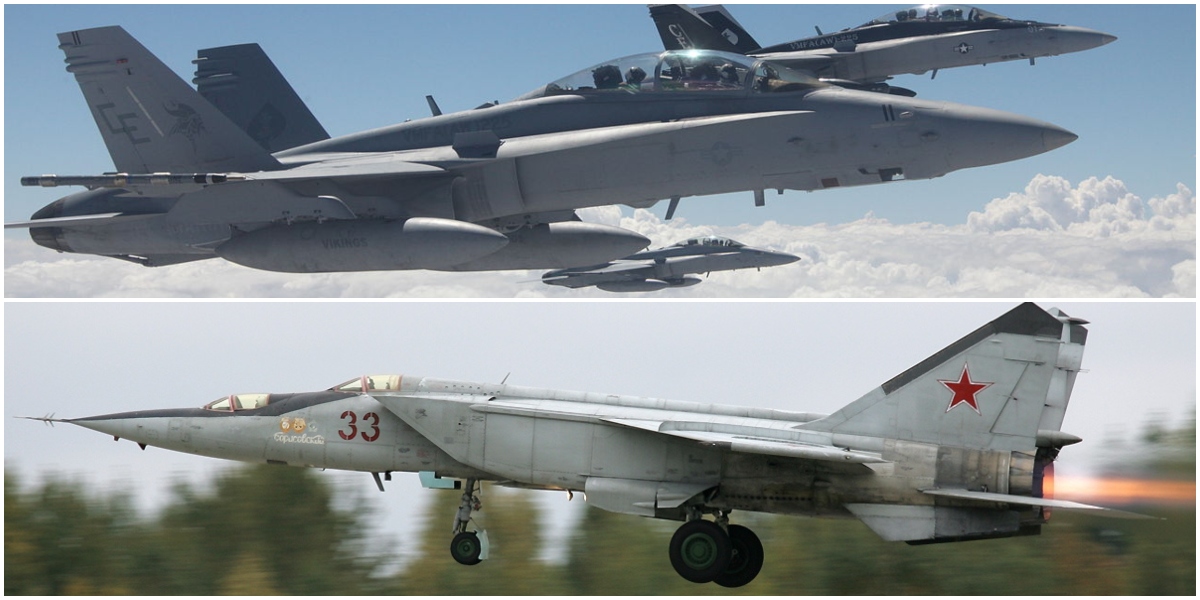 “The target area was extremely quiet — almost too quiet for a suspected landing site of a valuable MiG-25 fighter. We were expecting some form of greeting, but nothing.” Capt Ed Bahret, VMFA(AW)-225 F/A-18D pilot.

Some 84 of the 250 Hornets committed by Central Command to Operation Iraqi Freedom (OIF) proudly bore Marine titling on their rear fuselages.

For the first time since Operation Desert Storm in 1991 in fact, the US Marine Corps (USMC) sent a complete Marine Aircraft Group (MAG) into the field as part of the Coalition build for OIF. As with Desert Storm when the backbone of the Bahrain-based MAG-11 was provided by seven Hornet units, the Marine Corps’ primary TACAIR asset in OIF was once again the venerable F/A-18. Two C- and three D-model units called Al Jaber, in northern Kuwait, home for the duration of the 2003 conflict, and again they were controlled by MAG-11.

Some of the most important pre-war missions flown by the MAG-11 jets were the near-daily Advanced Tactical Aerial Reconnaissance System (ATARS) overflights over southern Iraq. Capt Ed Bahret of VMFA(AW)-225 was a subject matter expert (SME) on ATARS, and he explained to Tony Holmes for his book US Marine Corps and RAAF Hornet Units of Operation Iraqi Freedom how these sorties were run — both for the Marine Corps and the USAF — as part of the overall No-Fly Zone mission;

‘We participated in OSW missions for the Air Force-driven CAOC until mid February, when the MAG-11 leadership struck a deal with CENTCOM that allowed its units to be removed from the ATO in order to conduct “free range” preparatory sorties in support of the ground war. This was crucial, as we would be working primarily with I MEF once OIF commenced. As a quid pro quo for the CAOC granting MAG-11 unrestricted access to Iraqi air space, ATARS units had to give the Air Force a dedicated reconnaissance mission when directed by the ATO —the Air Force had no manned tactical reconnaissance aircraft within its inventory that could perform in the same way as an F/A-18D ATARS.

`I flew a number of these Air Force-dedicated missions, and easily the most memorable of them took place on 27 February 2003. This operation was deemed to be so important by the CAOC that ATARS SMEs from each of the two-seat Hornet units were dialled into this classified, priority mission. An IrAF “Foxbat” was suspected of having landed at a military airfield in western Iraq after entering the restricted No-Fly Zone, and CENTCOM wanted proof. This mission had been urgently requested by the CAOC so as to provide Air Force strike aircraft with quick targeting imagery of the MiG-25 so that they could in turn rapidly destroy it, thus demonstrating to the Iraqis that CENTCOM had the ability to conduct time-sensitive targeting (TST).

`I was given a special waiver to break my crew duty day of 12 hours to help plan and lead this hop. At the time of our planned return, my duty day would be over 21 hours. The flight was to take off at 0130 hrs local and take about 3.5 hours to complete. Thanks to a contractor accidentally severing a power line to our planning cell, all mission-planning computers were down. Planning for the sortie was therefore conducted on a map with a string and an aeronautical slide rule on a wristwatch.

‘We had to plan to get three F/A-18D Hornets to western Iraq from Kuwait with no air or SEAD (Suppression of Enemy Air Defences) support. Indeed, we were expected to self-escort and provide intra-flight SEAD, as well as conducting the all-important reconnaissance aspect of the mission. To make matters worse, less than an hour before take-off, the Air Force informed us that they couldn’t spare the tankers to get us to the target area and back. In light of this news, we were going to scrap the flight, but the Air Force made it a “priority mission”.

‘We hastily reconfigured the jets with three external fuel tanks and two AIM-9Ms for self-defence, and removed the HARM, and their pylons, so as to reduce the wing drag, and therefore save fuel. By our calculations we would all flame out before reaching base if we flew at tactical air speeds.

`To solve this problem, we flew fuel conservation profiles similar to an airliner. For recap, so far we were alone, low on fuel, tired, going far, far from base, flying profiles that asked for us to be shot at and only had two AIM-9Ms apiece for self-defence — don’t forget that this mission was also being performed at the death hour of the morning. Damn, if nothing else I just wanted to see how this “circus act” ended up! `Ingress was tense, but uneventful. The target area was extremely quiet — almost too quiet for a suspected landing site of a valuable MiG-25 fighter. We were expecting some form of greeting, but nothing. The stillness of the morning put the question in our minds, is it really down there, or is this just a wild goose chase?” Egress was tenser still, since we hawked the fuel gauge every other second. Baghdad could be seen all lit up on the distant horizon to our north.

`The radio was quiet, for nobody else was up at the time (indeed, it was meant to be an OSW no-fly day for us), until the tracking radar of an SA-6 “Gainful” SAM gave my ship a critical lock indication, meaning that the battery had locked onto my jet and was about to fire, if they had not already done so. A rapid crew coordination meeting was scheduled and conducted, lasting about three seconds from start to finish, to put out chaff and flares, but not to manoeuvre unless we saw a missile guiding on us. We had to save fuel, as we either had fuel to cruise home or to threat react, but not both. When exiting the “Box”, we conducted a mission handover with two RAF Tornado GR 4As heading for the same target. We made it home with less than 1100 lbs of our 16,700 lbs of fuel.

‘The net result of this mission was that the tapes to record the images failed — an all too regular occurrence with ATARS in OSW/OIF — and we got nothing. That was not the end of the story, however, for I had told the aircrew to record all displays and provide a running mission commentary to the recorders to help the maintenance Marines troubleshoot the recce systems. Fortunately, the cockpit tapes recorded the SAR (Synthetic Aperture Radar) mapping pages of the images that we tried to take.

‘Once back at AI Jaber, I helped the Intel Marines of MAG-11 produce a mosaic from video captures of the displays to confirm that the airfield the MiG-25 was suspected to have landed at was covered with barricades, fences and corner reflectors, rendering the runways unusable. End state — the MiG was never found. The fog of war, I guess. For the aircrews’ efforts we got sleeping pills from the flight surgeon, since we had -peen up for over 30 hours. Good night!’

US Marine Corps and RAAF Hornet Units of Operation Iraqi Freedom is published by Osprey Publishing and is available to order here. 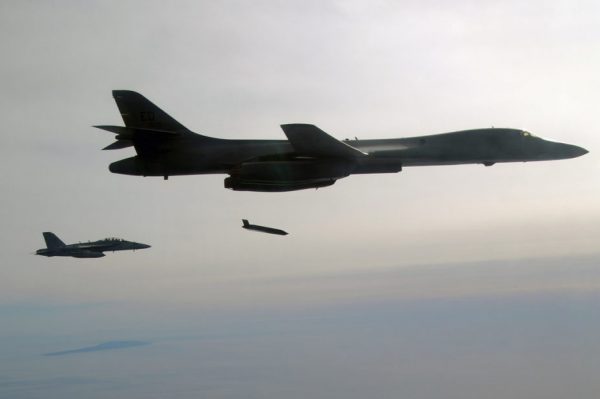 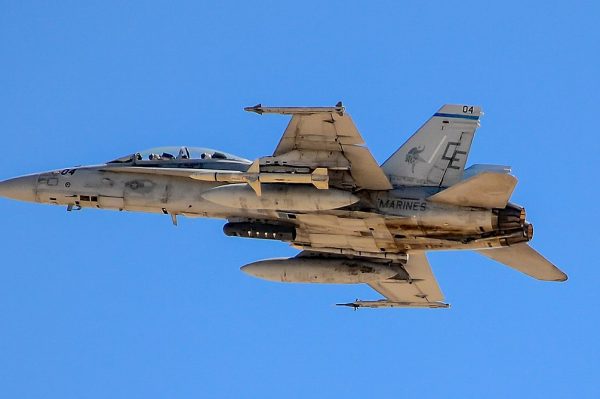