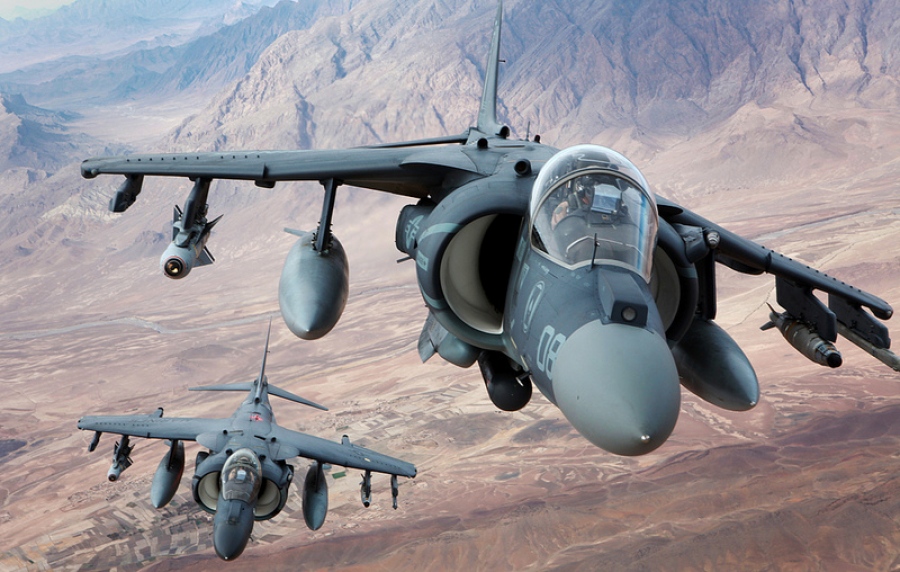 Although both the U.S. Marine Corps (USMC) and U.S. Air Force (USAF) are facing pilot shortages and aircraft readiness problems that have left a large number of aircraft grounded, according Marine Corps Times the USMC aviators have increased their monthly flight hours per pilot, and are now flying substantially more than Air Force pilots.

According to last week testimony from Gen. Glenn M. Walters, the Marine Corps assistant commandant, and Air Force Vice Chief of Staff Gen. Stephen W. Wilson at a Senate Armed Services hearing on military readiness, the USMC is averaging between 14 to 16 hours a month per pilot per aircraft, while USAF is averaging just a little above nine to 10 hours per pilot per month.

Average monthly flight hours is an important metric for the services, an indicator of how much training and experience their pilots have. The Corps has frequently cited lower flight hours as a potential reason for numerous air mishaps that have plagued the Marines over the last couple years.

In 2017, the Marines had 12 class A mishaps which are air incidents that resulted in either death or more than $2 million in damages. The Marines have steadily been pushing to increase flight hours and to get more aircraft and pilots in the air.

But flight hours can fluctuate drastically from unit to unit, especially with pilots are deployed down range.

“Why do you think the Marines are ahead of you on this?” Oklahoma Republican Sen. Jim Inhofe asked Gen. Wilson.

“I don’t have a good reason why they are ahead of us,” Wilson replied.

Wilson said the Air Force is trying to catch up by increasing manpower, productivity, instructor pilots and capacity to help pilots increase their flight hours.

“We are trying to increase about an hour per month going forward this year,” Wilson told the senator.

Aviation readiness has been a problem impacting all the services. In fact as reported by Marine Corps Times, last year the Corps reported that nearly half their F/A-18 Hornets couldn’t fly and those numbers have only improved slightly with the increase of 44 new aircraft, Walters said.

Marine Commandant Gen. Robert B. Neller said in late January that his service has too many Hornets. The USMC is trying to push out older legacy aircraft and replace them with a new generation of fighters and rotary wing aircraft given that the service just can’t afford to keep all the aircraft maintained and serviced, Neller said.

Moreover, pilot shortages have plagued both the Air Force and Marines as competition from commercial airlines continues to pluck away trained and experienced pilots while military budget woes are grounding pilots and aircraft.

But more bonuses and bigger paychecks are not necessarily the answer to the problem.

“They don’t come in to get rich, they come to fly,” Walters said, about the motivation that keeps pilots in the service.

As we have previously reported the Air Force is lacking 1,500 pilots for active duty.

“The health of the fighter pilot community is bad,” said Lt. Gen. Chris Nowland, Air Force deputy chief of staff for operations, plans and requirements (AF/A3), at last year Weapons and Tactics Conference held at Nellis Air Force Base (AFB). “We focus on fighter pilots, but it’s not just [them]. We have a national pilot crisis. Essentially the Air Force, when it comes to pilot production, is going to have to change.”

The Pentagon’s FY19 budget is expected to address some of these issues. 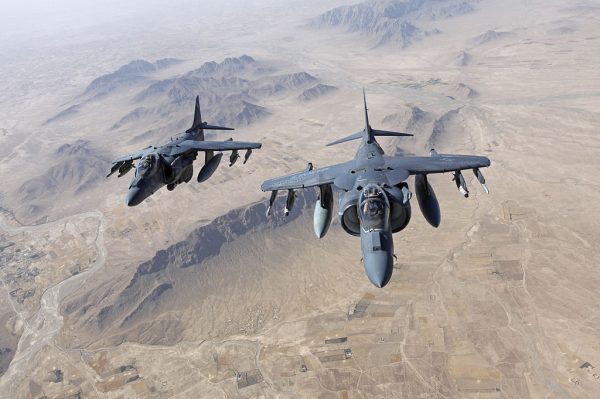