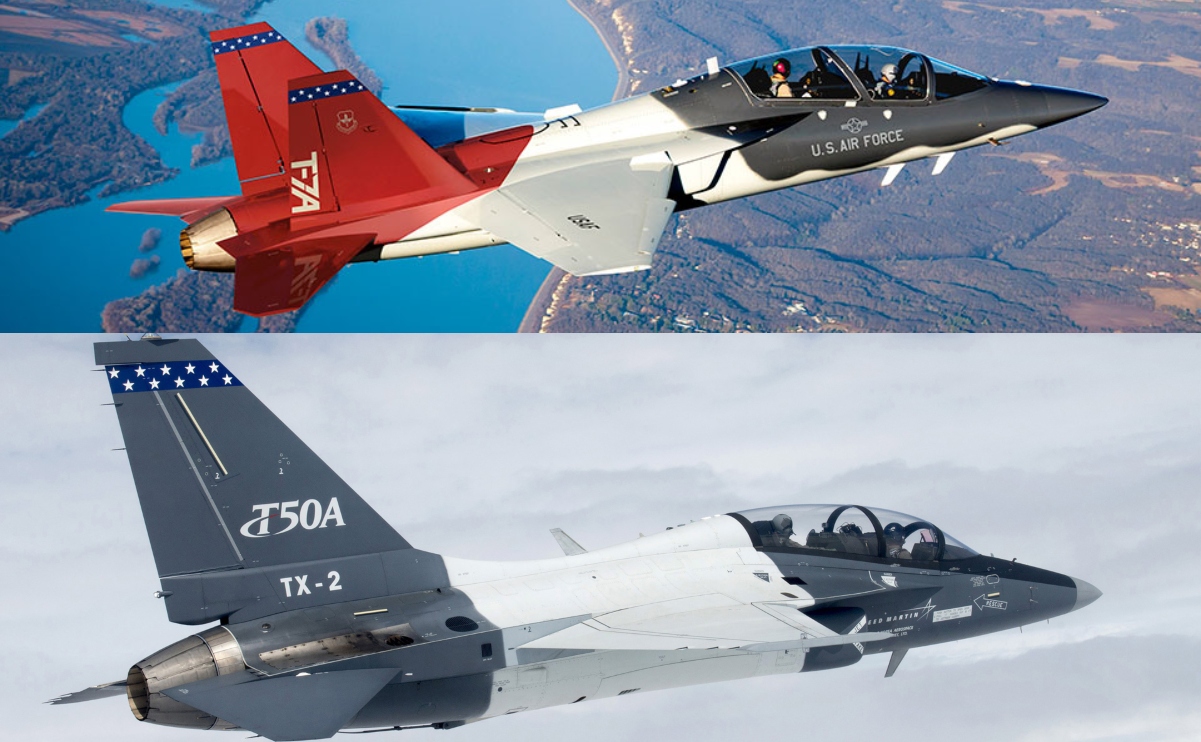 The USAF is looking for “at least 100” and as many as 400 Advanced Tactical Trainer aircraft both to train fighter pilots and to serve as adversary aircraft in training, a role similar to that now performed by the AT-38.

The US Air Force (USAF) is looking for “at least 100” and as many as 400 Advanced Tactical Trainer aircraft both to train fighter pilots and to serve as adversary aircraft in training, a role similar to that now performed by the AT-38.

As noted by Air Force Magazine, in the request for information (RFI) published on Oct. 12, 2021 while the USAF seems likely to be looking at adding to the role of the T-7A, the service did not mention that airplane or its maker, Boeing.

The service said its RFI said it is conducting “market research” to determine what company might be able to respond to the requirement.

Although Air Force leaders have insisted that the new jet must first pass muster as an advanced jet trainer before being adapted to other roles they have also for several years suggested that the T-7 Advanced Jet Trainer could likely be the basis of a companion trainer/aggressor aircraft in the mold of the T-38/AT-38. Former ACC Commander retired Gen. James Holmes said he also could envision the T-7 as the basis for a lower-cost, lightweight export fighter or a homeland defense platform, but the T-7 as yet lacks external hardpoints for weapons and has only an optional aerial refueling system.

The USAF plans to buy 351 T-7A advanced trainers. If Boeing were to receive the additional work as well, the figure could exceed more than 700 airplanes. Boeing is partnered with Saab of Sweden on the T-7A.

On Oct. 13, Saab opened a new leading-edge, 100,000-square-foot T-7A production facility in West Lafayette, Indiana. Saab provides the aft section to Boeing’s forward fuselage. Currently the aft section is built at Saab’s factory in Linköping, Sweden, then shipped to the US. Saab announced in May 2019 that West Lafayette would be the location for its expansion in the US aerospace sector and construction of the facility began in 2020. The facility will also support research and development in autonomy, artificial intelligence and advanced manufacturing.

Lockheed Martin offered the T-50 training jet, the runner-up in the T-X competition developed jointly with Korea Aerospace Industries (KAI). As already reported the USAF Air Combat Command (ACC) plans to lease T-50As to help its aviators develop relevant tactical skills before they begin their formal training with the Boeing T-7A Red Hawk. However, the plan has been postponed due to the coronavirus outbreak. According to Air Force Magazine the T-7As arrival in service is now set for 2024 and its full operational capability of the T-7A is slated for 2034.

The new aircraft will be used for initial tactical training, “adversary air support,” and as a “tactical fighter surrogate of existing and future” Air Force frontline fighters, the RFI said. The service wants a two-seat airplane “plus an option for a single seat” model with options to use the rear seat area for other mission gear. Also, the USAF wants “feasibility, estimated cost, and schedule for at least 100” of these aircraft and as many as 200 more in lots of 50.

A speed of Mach 0.9, being able to “replicate current and future fighter aircraft systems” by providing an embedded training environment to build “transferable skills, systems management skills, and decision-making skills” for weapons employment are other capabilities sought by the USAF. The jet is to have a large cockpit display and one hardpoint on each wing to carry at least one Air Combat Maneuvering Instrumentation pod or a Combat Air Training Missile. The hardpoints also have to be able to carry an external fuel tank or an electronic attack or countermeasures pod or “other future pods.” Endurance is to be 90 minutes, of which 30 minutes would be “tactical maneuvering.” The jet is to have a ceiling of at least 45,000 feet and have a structural instantaneous G of 7.5, plus a sustained 6G maneuver.

The controls must have a “universal stick and throttle connection” to “enable reconfiguration of the flight controls to mimic Hands on Throttle and Stick of frontline” Air Force fighters. The USAF is “also interested” in capability to use a helmet-mounted display system. 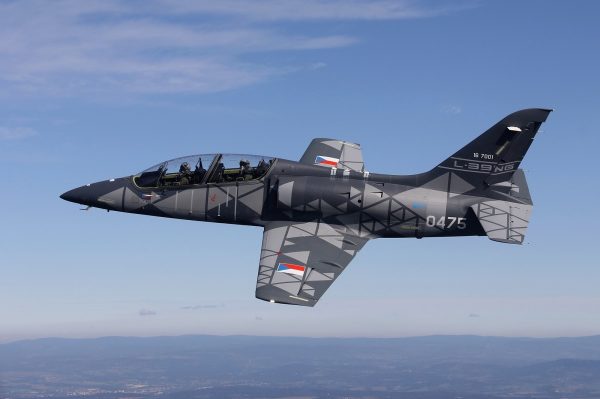 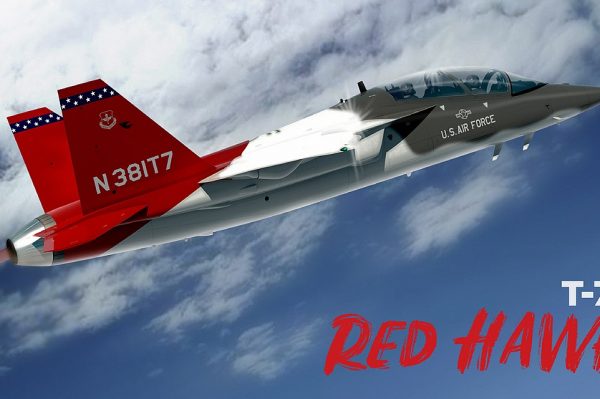