USAF to unveil B-21 Raider bomber first week in December

The USAF confirmed it plans to reveal the B-21 Raider in the first week of December during an unveiling ceremony hosted and sponsored by the Northrop Grumman Corporation at its production facilities in Palmdale, California.

The US Air Force (USAF) confirmed in a Secretary of the Air Force Public Affairs News Release on Sep. 21, 2022 it plans to reveal the B-21 Raider in the first week of December during an unveiling ceremony hosted and sponsored by the Northrop Grumman Corporation at its production facilities in Palmdale, California.

As already reported, the USAF has postponed the B-21 Raider stealth bomber first flight to 2023, pushing back at least six months from the previously expected timetable.

A service spokeswoman said on May 20 that “Recently, the Air Force released a new estimate for first flight; projected for next year, 2023.” The service said it’s trying to be as “transparent” as it can be about the project, and “this estimate reflects the current status of the program.” The spokeswoman did not attribute the delay to any particular cause. Many other high-profile programs, such as Boeing’s T-7A trainer, have recently reported delays due to supply chain issues and labor shortages.

She added that the B-21 “remains within its acquisition program baseline for cost, schedule, and performance established at Milestone B award, which was based on an independent government estimate for the program.”

Lt. Gen. David S. Nahom told the House Armed Services Committee on May 19 the USAF is eyeing as many as 145 B-21s.

Three years ago, the plan was for the B-2 and B-1 to retire in 2031 and 2032, respectively. But Nahom told the HASC those dates depend on progress with the B-21, and pledged they will not retire until they “shake hands” with the B-21s that replace them.

“The unveiling of the B-21 Raider will be a historic moment for our Air Force and the nation,” said Air Force Chief of Staff Gen. CQ Brown, Jr. “We last introduced a new bomber over 30 years ago. As we look to the threats posed by our pacing challenge; we must continue to rapidly modernize. The B-21 Raider will provide formidable combat capability across a range of operations in highly contested environments of the future.”

The Department of the Air Force is investing in the aircraft’s long-range strike capability as part of its seven Operational Imperatives as it develops the advanced communications, sensors, and a broad mix of weapons and supporting systems needed to deter our adversaries and prevail in combat.

We must invest in long-range strike in a highly contested environment by integrating the B-21 bomber with advanced communications, sensors, and a broad mix of weapons and supporting systems.

After unveiling, the B-21 program will continue its rigorous testing campaign with a combined team of professionals from the Air Force Test Center, Air Force Operational Test and Evaluation Center, and Northrop Grumman. Their work will verify performance and identify areas for improvement for the weapon system.

“The B-21 program is a powerful example of America’s long experience with fielding advanced military technology through an innovative, adaptable and efficient defense industrial base,” said Andrew Hunter, assistant secretary of the Air Force for Acquisition, Technology and Logistics. “The Air Force made the decision early in the life of the program to make the flight test aircraft production representative, which is paying dividends as we look towards first flight.”

The B-21 weapon system is manufactured under the Air Force’s contract with Northrop Grumman. It is designed with an open systems architecture, enabling rapid insertion of mature technologies, and allowing the aircraft to remain effective as threats evolve over time. 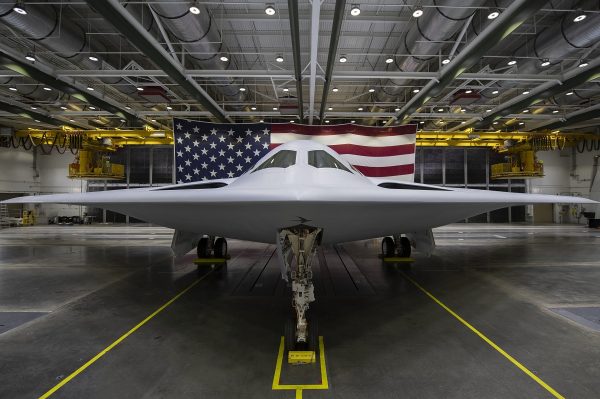 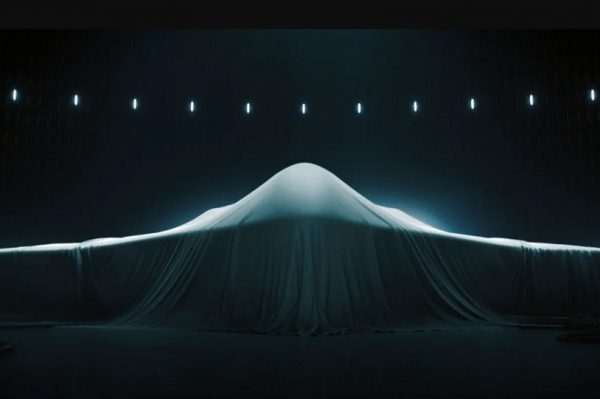 The B-21 will have a “digital twin” and will eliminate the “block upgrade” approach to modernization: Northrop Grumman releases New B-21 Raider Details Ahead of Rollout