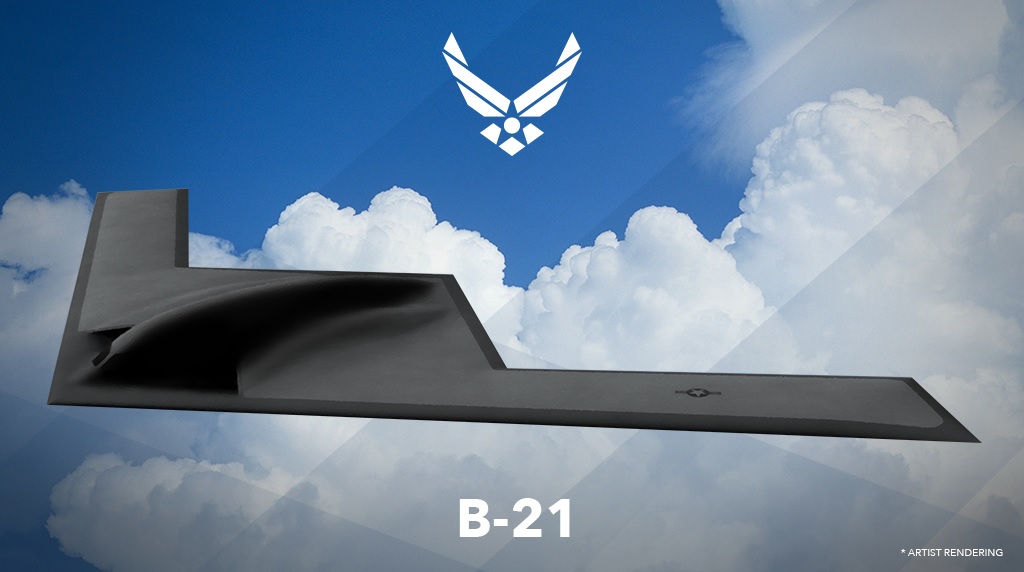 The U.S. Air Force (USAF) announced that will bed down the B-21 Raider bomber at Dyess Air Force Base (AFB), Texas; Ellsworth AFB, South Dakota; and Whiteman AFB, Missouri.

However, no decision has been reached on which base will be the first to receive the bomber.

“Our current bomber bases are best suited for the B-21,” said Secretary of the Air Force Heather A. Wilson. “We expect the first B-21 Raider aircraft to be delivered in the mid-2020s.”

Barksdale AFB, Louisiana, and Minot AFB, North Dakota, will continue to host the B-52, which is expected to continue conducting operations through 2050.

“We are designing the B-21 Raider to replace our aging bombers as a long-range, highly-survivable aircraft capable of carrying mixed conventional and nuclear payloads, to strike any target worldwide,” said Chief of Staff of the Air Force Gen. David L. Goldfein.

The Air Force will make its final B-21 basing decision following compliance with the National Environmental Policy Act and other regulatory and planning processes. That decision is expected in 2019.

Although the first B-21 are expected in the mid-2020s, the Air Force doesn’t plan to retire the existing bombers until there are sufficient B-21s to replace them.

Once ready, the first prototype of the B-21 will be the first manned aircraft built by Northrop Grumman since the company B-2 bomber which was developed in the 1980s.

The Raider will join the fleet of B-52H Stratofortresses and will replace B-1B Lancer and B-2 Spirit bomber aircraft.