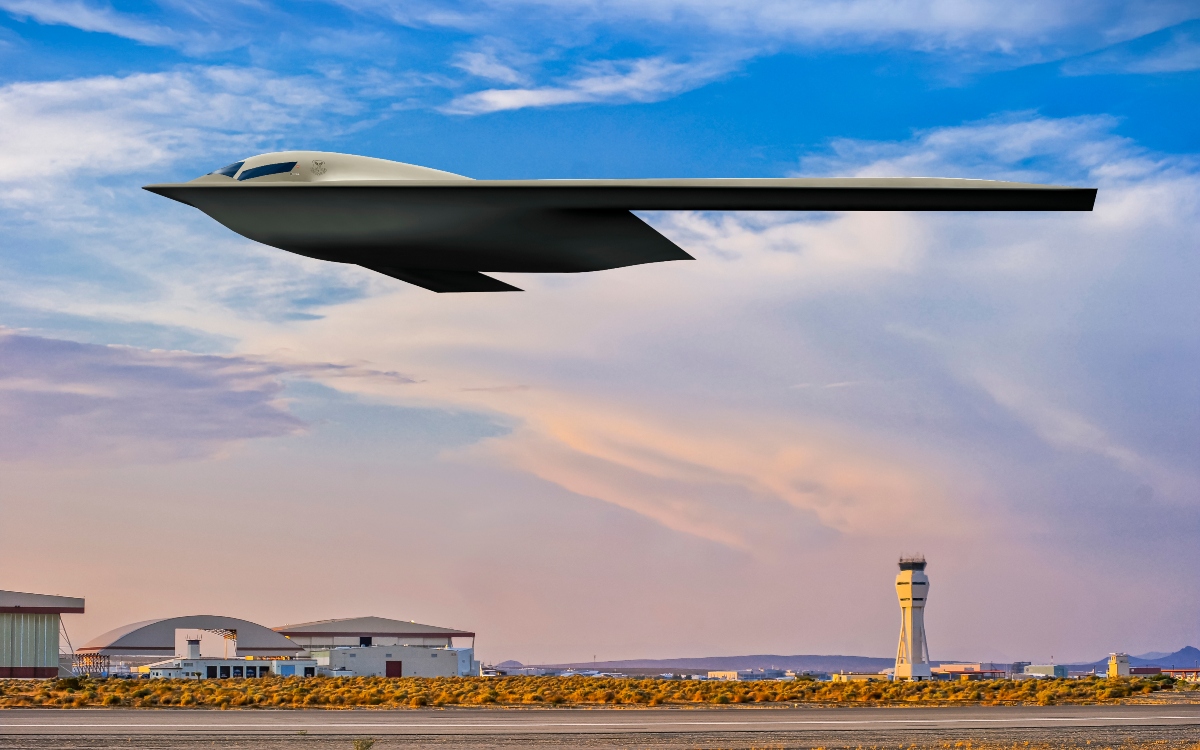 The USAF released a new B-21 Raider artist rendering graphic on Jul. 6, 2021. As with past renderings, this rendering is an artist’s interpretation of the B-21 design.

The US Air Force (USAF) released a new B-21 Raider artist rendering graphic with an accompanying fact sheet on Jul. 6, 2021. As with past renderings, this rendering is an artist’s interpretation of the B-21 design.

According to a Secretary of the Air Force Public Affairs news release, the new rendering highlights the future stealth bomber with Edwards Air Force Base, California, as the backdrop. The 420th Flight Test Squadron based at Edwards AFB will plan, test, analyze and report on all flight and ground testing of the B-21 Raider.

The B-21 program continues to execute the Engineering and Manufacturing Development phase and is focused on scaling the manufacturing infrastructure and capacity across the industrial supply base to prepare for low rate initial production. A critical design review conducted in 2018 concluded the aircraft has a mature and stable design.

Designed to perform long range conventional and nuclear missions and to operate in tomorrow’s high end threat environment, the B-21 will be a visible and flexible component of the nuclear triad.

“Nuclear modernization is a top priority for the Department of Defense and the Air Force, and B-21 is key to that plan,” said Randall Walden, Air Force Rapid Capabilities Office director. “The built-in feature of open systems architecture on the B-21 makes the bomber effective as the threat environment evolves. This aircraft design approach sets the nation on the right path to ensuring America’s enduring airpower capability.”

As already reported, the Secretary of the Air Force officially selected Ellsworth Air Force Base, South Dakota, as the location to host the Air Force’s first operational B-21 Raiders and the formal training unit last June. 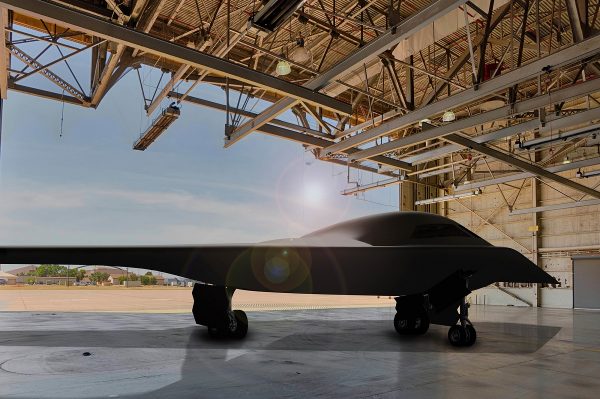