Eight AESA radars will be retrofitted to F-16s assigned to the Oklahoma Air National Guard at Tulsa.

Eight radars will be retrofitted to F-16s assigned to the Oklahoma Air National Guard at Tulsa.

As reported by NewsOn6.com the announcement was made by Oklahoma Congressman Jim Brindenstine who explained that the new Active Electronically Steered Array [AESA] radar will enable smaller target detection, greater targeting range and the ability to engage multiple targets.

“This considerably enhances the capability of Tulsa’s F-16s, allowing for targeting at extended ranges to improve lethality against our enemies and survivability for ourselves. I have proposed increased spending for these systems in the current National Defense Authorization Act,” said Congressman Bridenstine.

The Air Force contract is with Northrop Grumman for 72 AESA radars, spares and support services. Delivery of the first radar is expected to be in December 2018.

Noteworthy as we have already explained in a previous article the U.S. Air Force (USAF) has already installed the Northrop Grumman APG-83 AESA radar on its own F-16. The APG-83 AESA radar not only will replace currently used APG-66 and APG-68 radars, but will also provide the F-16 with advanced capabilities similar to fifth-generation fighters like the F-22 Raptor and F-35 Lightning II. Furthermore the radar has the ability to operate in dense electronic environments, simultaneous multi-mode operations and enhanced system availability through increased reliability, maintainability and supportability. 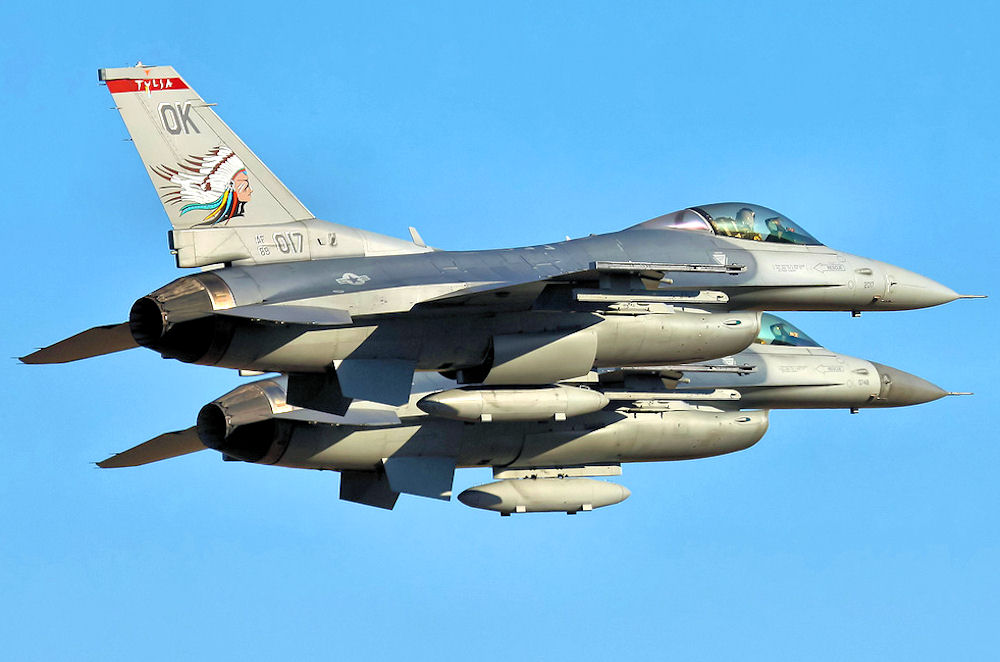 From IWM Duxford to RAF Museum at Hendon:...

Here’s what happens when you land on the...

The F-8 Missions Flown by Cdr Stockdale and...