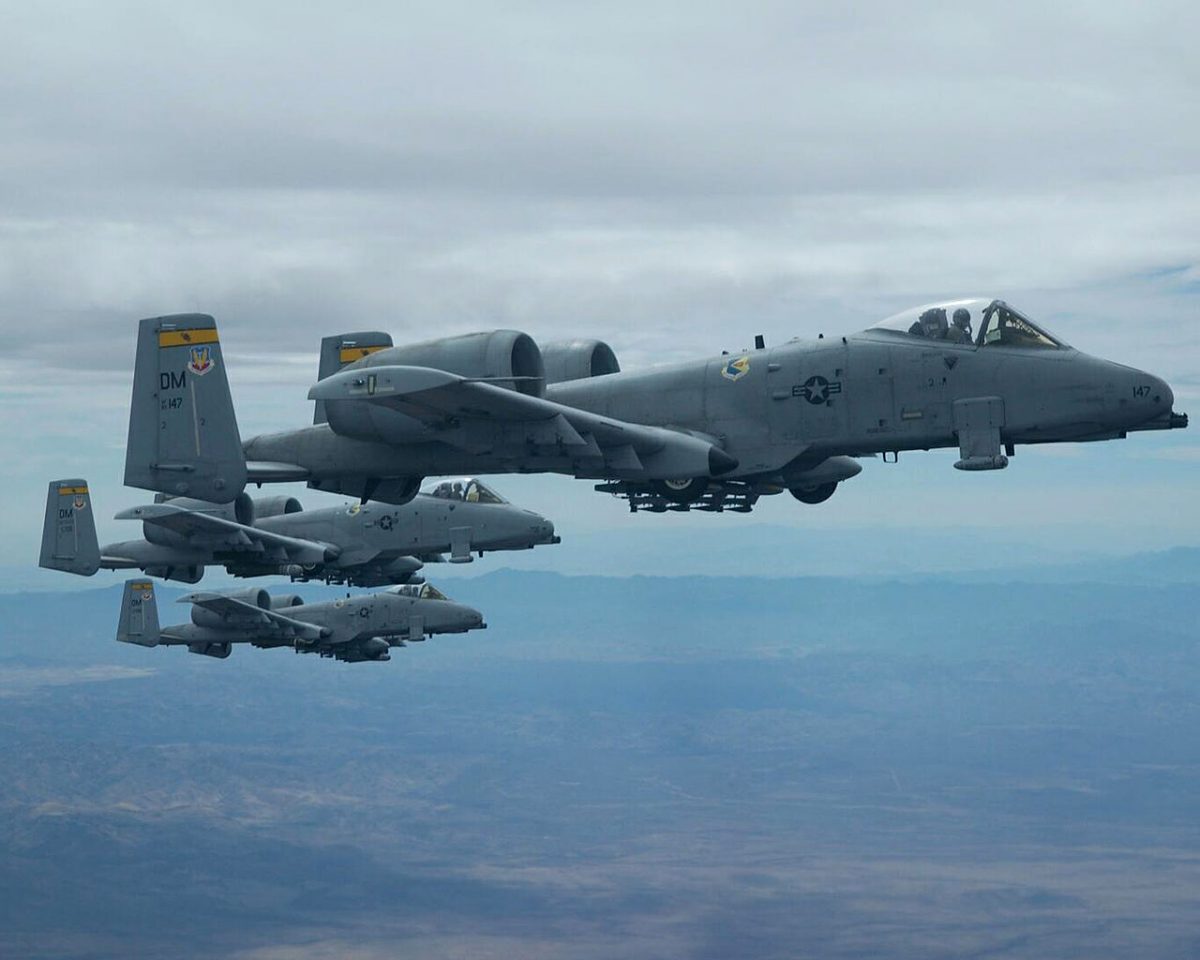 Rep. Ann Kirkpatrick, D-Tucson, identified the proposed cuts in letters to the Air Force and to House committees that said cutting the planes would harm military readiness and “bring serious harm to the economy in the community I represent.”

The US Air Force (USAF) plans to retire 42 A-10 Warthog aircraft at Davis-Monthan Air Force Base (AFB), Tucson, Arizona, in 2021, according to a state lawmaker, a move that would cut the base’s fleet of the storied “Warthogs” in half.

According to Cronkite News, Rep. Ann Kirkpatrick, D-Tucson, identified the proposed cuts in letters to the Air Force and to House committees that said cutting the planes would harm military readiness and “bring serious harm to the economy in the community I represent.”

Kirkpatrick said she was not briefed on the plan and called the move “inexcusable” in a statement on Apr. 6, 2020.

“I find it incredibly alarming that the Air Force would put out plans without properly briefing Congress nor transparency about the replacement process and timelines,” her statement said. “The A-10 Warthog has a mission to protect our men and women in battle and I am committed to fighting in Congress to protect its mission.”

A USAF spokesman reiterated that the service was committed to a $161 million upgrade of remaining A-10s, “our most effective close-air support platform,” and did not comment directly on Kirkpatrick’s claim.

A spokesperson for Davis-Monthan said he had not heard about A-10s at the base being affected, and he said he could not comment.

As already reported, the Pentagon’s fiscal 2021 budget request increased spending on nuclear modernization, space, cyberspace, and multi-domain operations in preparation for great power competition, while proposing to cut dozens of aircraft from the fleet and reducing overseas contingency operations funding for the wars in the Middle East.

Many of these cuts should hit USAF flight lines directly, with the service that requested authority to cut among the others 44 A-10s from both the Guard and Reserve.

State lawmakers said at the time that they would fight to ensure A-10s at Davis-Monthan wouldn’t take the hit. A-10 pilots are trained and deployed at Davis-Monthan, which had 84 of the aircraft in its fleet as of January, according to Kirkpatrick’s office.

In February, retired A-10 Pilot Sen. Martha McSally, R-Arizona met with USAF officials and told them “point blank that I would not allow their plan to mothball 44 A-10s starting in October to happen.”

This is not the first time the Air Force has targeted the A-10: ‘In 2016, then-Defense Secretary Ash Carter delayed the A-10 retirement until 2022 after lawmakers such as McSally, and the late Sen. John McCain, also of Arizona, complained that retiring the iconic Hog would rid the military of a “valuable and effective” close-air-support aircraft.

Nevertheless, fiscal 2017 budget request documents show the USAF had still planned to remove A-10 squadrons in increments between 2018 and 2022 to make room for F-35A Lightning II squadrons coming online. As a result, McSally included a provision in that bill that would prohibit retirement of the Warthog until the Air Force could prove that the F-35 is able to perform similar missions as effectively on the battlefield.

To date, the Air Force has 281 A-10s in its inventory (two A-10s were destroyed in a collision in 2017), but has repeatedly stressed it can maintain roughly six of its nine A-10 combat squadrons through 2032, which is why officials have not committed to buying new wings for the entire fleet. The Air Force finished re-winging 173 A-10s in 2019 through the Enhanced Wing Assembly program, which began in 2011. One of the destroyed aircraft had received the upgrade.

Through the next iteration of the effort, the “A-10-Thunderbolt II Advanced-Wing Continuation Kit,” or “ATTACK” program, the service will begin re-winging the rest “of the A-10s that remain in the inventory” after 44 planes are cut.

The reduction means only 65 aircraft would need the wing fix, down from 109.

Kirkpatrick on Apr. 2, 2020 wrote the House Armed Services Committee asking it to “prohibit divestment or retirement of any A-10 aircraft” in this latest move by the USAF. She pointed out that the A-10 “plays a critical role in our military strategy in the Middle East and around the world.”

“The A-10 aircraft is the most critical and combat-effective component of the airpower support that the United States currently provides to its troops on the ground,” her letter said.

Former Rep. Ron Barber said cutting half the A-10 fleet would have a “devastating effect” on Davis-Monthan and on Tucson, stressing the base’s importance to the city’s economy. 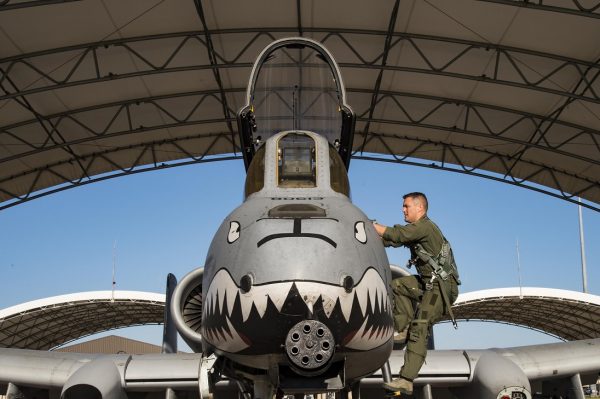