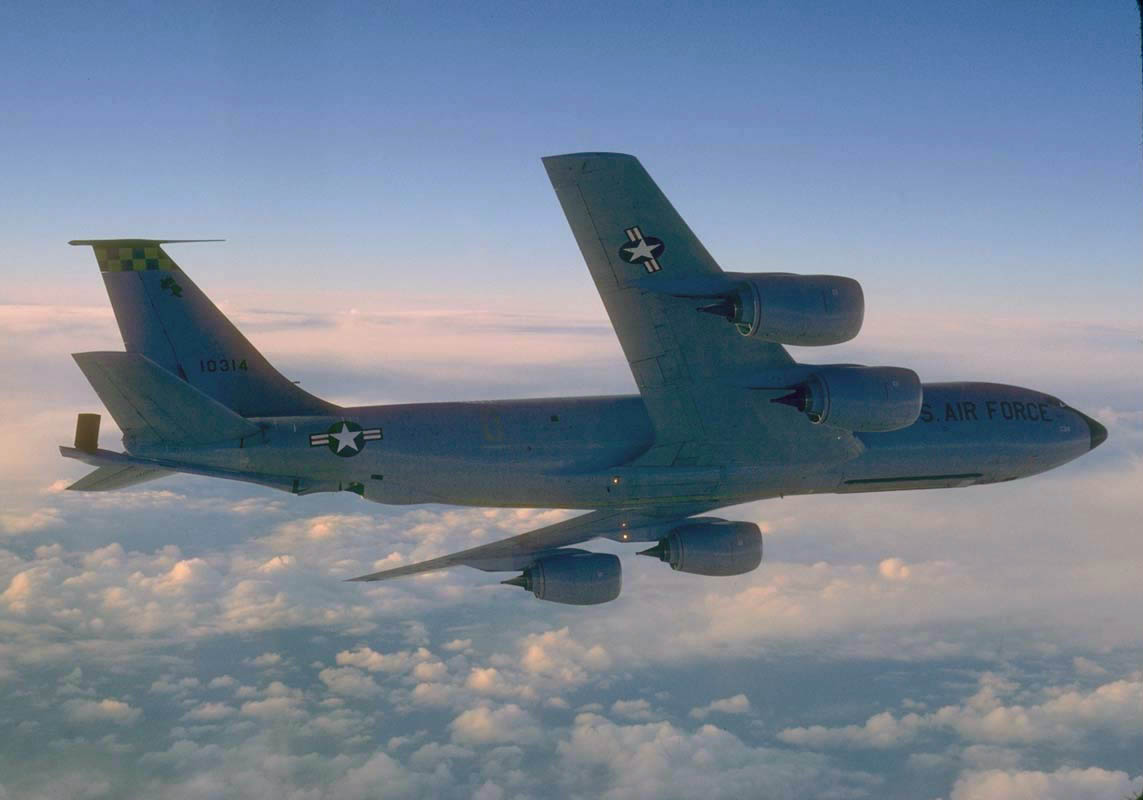 The tanker crew squawked the emergency #7700 code after having departed from RAF Mildenhall.

According to the Flight Emergency monitoring service, the Boeing jet was at 11,000 feet and heading out towards the North Sea when it declared the emergency.

The Public Affairs Office at RAF Mildenhall, home of the 100th Air Refueling Wing (ARW), told MailOnline: ‘The KC-135 tanker was a transient aircraft from McGuire Air Force Base in New Jersey. As soon as it took off, it declared an in-flight emergency after a few warning lights came on. The aircraft’s auto pilot threw a warning error so the pilot decided to return to Mildenhall.’

Fire and rescue teams were put on standby while the aircraft returned to the airbase, which is about 30 miles south of Kings Lynn.

The aircraft landed safely at 12.07pm and the emergency teams were stood down.

Mechanics are now trying to troubleshoot the cause of the error message before the aircraft returns to service.

The KC-135 Stratotanker provides the core aerial refueling capability for the USAF and has excelled in this role for more than 60 years. This unique asset enhances the Air Force’s capability to accomplish its primary mission of global reach. It also provides aerial refueling support to Air Force, Navy, Marine Corps and allied nation aircraft.

The KC-135 is also capable of transporting litter and ambulatory patients using patient support pallets during aeromedical evacuations. A cargo deck above the refueling system can hold a mixed load of passengers and cargo. Depending on fuel storage configuration, the KC-135 can carry up to 83,000 pounds of cargo.