Log In Sign Up
Homepage Losses and Aviation SafetyUSAF is surging use of C-5s in order to give C-17 Crews, Aircraft a Break After Torrid Pace of Afghanistan Withdrawal 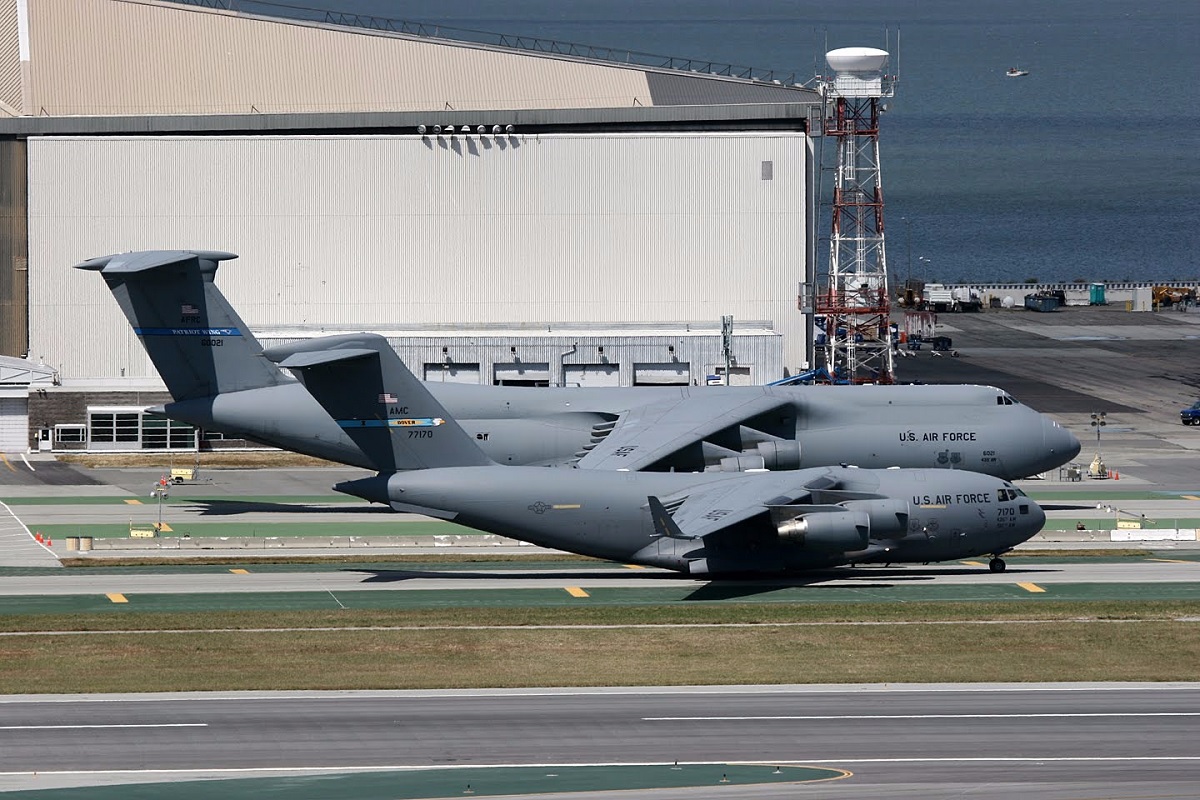 Air Mobility Command is surging its use of C-5 Galaxy airlifters in order to give its C-17 aircraft and crews a break.

US Air Force (USAF) officials said on Sep. 20, 2021 at AFA’s Air, Space & Cyber Conference that in the wake of the massive Afghanistan airlift operation, Air Mobility Command (AMC) is surging its use of C-5 Galaxy airlifters in order to give its C-17 aircraft and crews a break, Air Force Magazine reports.

Gen. Jacqueline D. Van Ovost, head of AMC, detailed the shift in a roundtable with reporters discussing Operation Allies Refuge, which transported more than 124,000 people out of Hamid Karzai International Airport in Kabul from Aug. 14 to 30.

“It was one of the largest surges we’ve had. But we’ve surged before, and after you surge, there is a natural period where we want to make sure we tidy up the airplanes, to get them the services that they need, and get the crews the rest and the recovery, and frankly, the additional training on other missions that they weren’t focused on while they were solely focused on the NEOs [Non-combatant evacuation operations] and our top priority for the command,” Van Ovost said.

Since, according to Van Ovost, Operation Allies Refuge had been the largest non-combatant evacuation operation airlift in US history, roughly half of 222 C-17s in the entire USAF were committed to the operation. Because of this the service’s fleet of C-17 Globemasters has been pushed to levels far beyond their normal operational pace.

“On a given day, we have about 60 C-17s in the system operating globally,” said Brig. Gen. Daniel A. DeVoe, commander of the 618th Air Operations Center. “During this NEO, we would have 60 just in the [Central Command and European Command area of responsibility]. And at the height, we had an average of 113 per day.”

On Aug. 15, one of those C-17s ferried out 823 people, setting a new record for the most passengers transported in a single flight on a Globemaster III and making international headlines. On at least three other C-17 flights, babies were delivered.

There were also moments of tragedy, however. In one instance, desperate Afghans breached the airfield and attempted to climb onto a C-17 as it took off. The Air Force later announced it had discovered human remains in the wheel well of the aircraft and was launching an investigation.

On Sept. 20, Van Ovost said she could not comment on that specific incident as the investigation is still ongoing, but stressed the support provided to the crew on that flight.

While crews recover, planes will also need time. The evacuation itself had relatively few maintenance issues—“Frankly, I expected more aircraft to break than did,” DeVoe said—but longer-term work is still needed, hence the need for more C-5s.

“At the height, at any one given moment, we would have 23 C-17 teams in the air, somewhere around the globe in support of this effort, flowing through that system,” DeVoe said. “And so those crews, we are giving them a little bit of a break on the scheduling. We’re using some other airframes, so we’ve increased utilization of the C-5. We’ve surged its capacity so that we can now take the C-17 down just a little bit from normal averages and numbers, to give the maintainers at home station the chance to continue a little bit deeper maintenance on those aircraft.”

The C-5 is a strategic transport aircraft and is the largest aircraft in the USAF inventory. Its primary mission is to transport cargo and personnel for the Department of Defense. Due to the nose and aft cargo doors, ground crews can simultaneously load and offload cargo from both ends, reducing transfer times. The full-width drive-on ramps at each end enable double rows of vehicles to be transported. 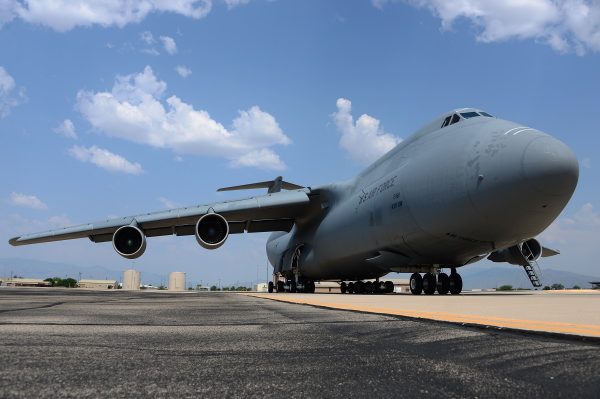 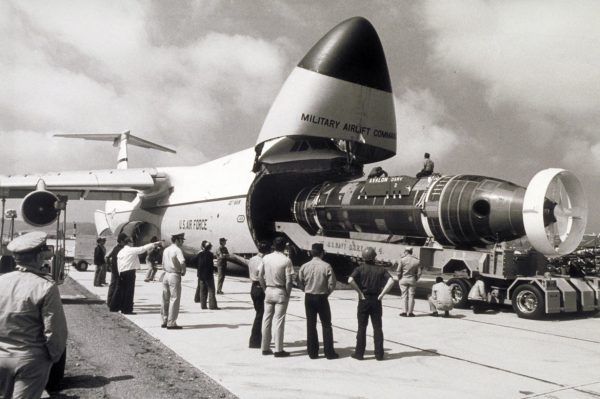