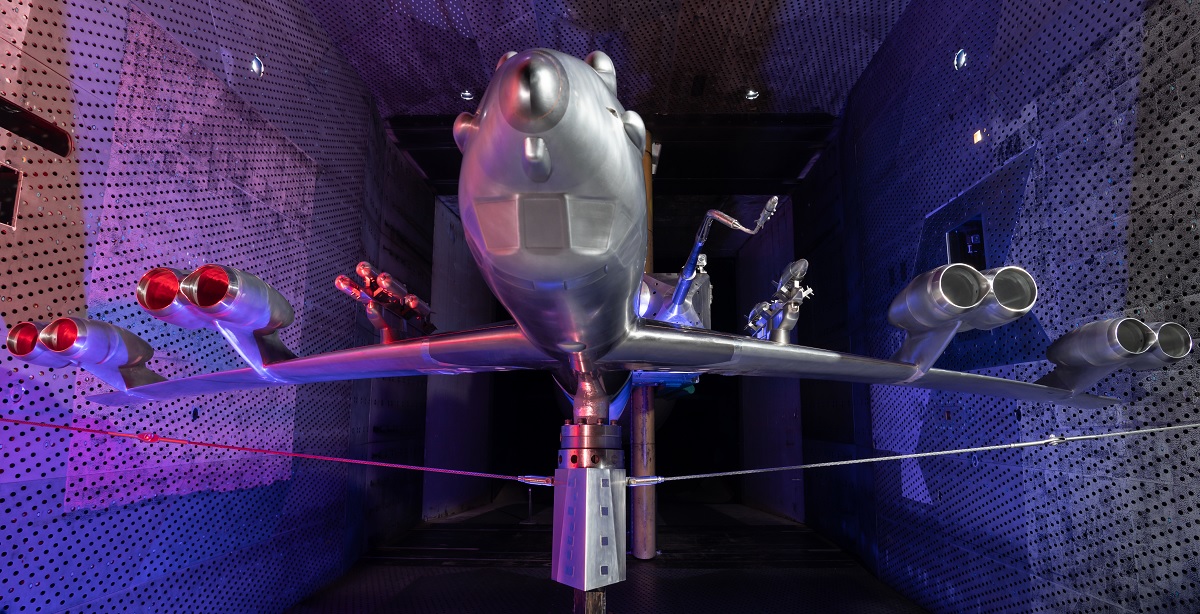 The USAF is testing and evaluating the release of a GBU-38 from a B-52H Stratofortress with new load configurations in the 16-foot transonic wind tunnel at Arnold Air Force Base.

The Air Force SEEK EAGLE Office (AFSEO) recently called upon the expertise of the Store Separation Test team to test and evaluate the release of a GBU-38 from a B-52H Stratofortress with new load configurations in the 16-foot transonic wind tunnel at Arnold Air Force Base. [The Propulsion Wind Tunnel 16T has two 16-foot by 40-foot long test section, closed-circuit wind tunnels. One is transonic (16T), one is supersonic (16S). 16T can be operated from Mach numbers 0.06 to 1.60. 16S is currently inactive, however, when it was operational it could operate from Mach numbers 1.60 to 4.75. Both tunnels, 16T and 16S, are utilized for conventional aerodynamic tests, combined aerodynamic/propulsion systems tests, and an array of other tests.]

“The B-52 is a versatile aircraft with many combat roles, including close air support [CAS],” said Don Atkins, a store separation engineer with the AFSEO, in the article AFTC organizations collaborate to expand B-52 weapon capabilities by Jill Pickett, AEDC Public Affairs.

In fact, the B-52H Stratofortress heavy bomber can perform a variety of missions. The bomber is capable of flying at high subsonic speeds at altitudes of up to 50,000 feet (15,166.6 meters). It can carry nuclear or precision guided conventional ordnance with worldwide precision navigation capability.

In a conventional conflict, the B-52 can perform strategic attack, close-air support, air interdiction, offensive counter-air and maritime operations.

“The ability to employ a range of effects on demand is a valuable commodity over the battlefield. Global Strike Command’s efforts to expand the CAS capability of the B-52 include expansion of the store types that can be carried at the same time and employed in response to dynamically changing combat demands.”

Both the AFSEO, a part of the 96th Test Wing at Eglin Air Force Base, Florida, and the Store Separation Section, part of Arnold Engineering Development Complex, headquartered at Arnold AFB, are aligned under the Air Force Test Center. AFSEO is responsible for certifying stores for use on aircraft, while the Store Separation Section provides the capability to ground test scale models of stores using wind tunnels and captive trajectory systems.

The GBU-38, a 500-pound BLU-111/MK 82 unguided free-fall bomb with a joint direct attack munition guidance tail kit installed, previously was tested on the B-52H, but not with a mixed load configuration [The Joint Direct Attack Munition is a guidance tail kit that converts existing unguided free-fall bombs into accurate, adverse weather “smart” munitions. With the addition of a new tail section that contains an inertial navigational system and a global positioning system guidance control unit, JDAM improves the accuracy of unguided, general purpose bombs in any weather condition. JDAM is a joint US Air Force and Department of Navy program.]

The recent testing evaluated separation of the GBU-38 with multiple load configurations on the heavy stores adapter beam, or HSAB.

“The B-52H can be configured with two heavy stores adapter beam stations, one on each inboard wing station,” Atkins said. “With mission software capable of employing stores at will, mixing multiple types of stores on an HSAB station provides a flexible and responsive capability for CAS, as well as other mission profiles. A limited number of HSAB mixed loads have been certified to support ongoing global operations based on engineering judgement; this test entry supports the next major incremental increase of mixed-loads configuration options, in combination with planned flight trials.”

Ground testing allows test personnel to precisely control the conditions to efficiently collect the needed data for a portion of the flight envelope. The 16-foot transonic wind tunnel simulates flight conditions such as speed, temperature and altitude. During store separation testing, forces and moments acting on the test article are measured using strain gauges on a balance while positioning the store in three different manners – pseudo-freestream, grid and trajectory.

“The test used pseudo-freestream positioning where the store was placed far away from the parent aircraft and then data at a large range of pitch and yaw angles was taken to determine the forces and moments acting on the store when it was exposed to the wind tunnel air without the interference from the parent aircraft,” said Austin Stewart, a test manager with the Aerodynamics Test Branch.

“Grid data was taken at increments along a line stepping away from the release point of the store on the HSAB,” he said. “This allowed the interference of the B-52H on the store to be characterized.

“Trajectory data was taken on a closed-loop system. The store was positioned at its starting position usually at the point of release from the HSAB and the computer software used the current force and moments as indicated by the store balance and then mathematically predicted where these forces, gravity and any simulated ejectors forces would move the store to at a set time step forward. Then the computer positioned the store at that location and repeated the process, effectively showing a predicted path or trajectory of the store if it was released during an actual flight.”

The recent testing investigated interference flow fields generated by neighboring stores, including the GBU-31 precision guided munition, the CBU-87 dispenser and the MK 64 ER air-launched mine. These were utilized to serve as representative stores to gather data that could possibly be applied to other similar sized and shaped stores not tested.

“Consistent with Air Force SEEK EAGLE Office practice, the wind tunnel test entry was designed to acquire both data supporting certification, or fielding, of expanded GBU-38 configuration capabilities and data defining configuration effects that can be applied to a range of other stores,” Atkins said. “Such cost-effective approaches leverage discrete data with the established body of knowledge to extend test results and maximize operational application.” 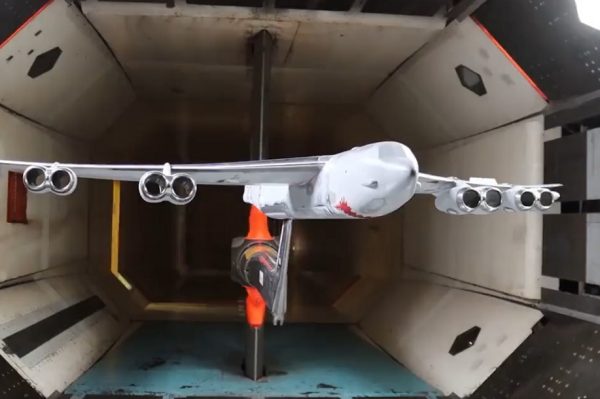 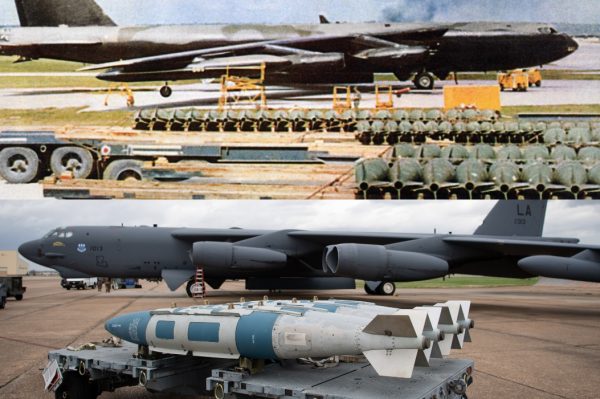 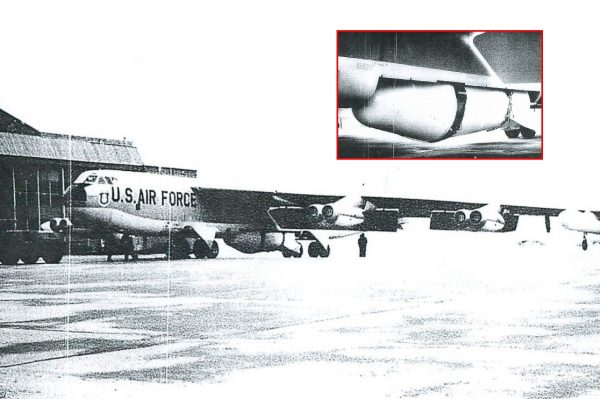 The story of the B-52 Stratofortress that carried the Flashback Test Vehicle, the Nuclear Bomb Bigger than the Soviet Tsar Bomba