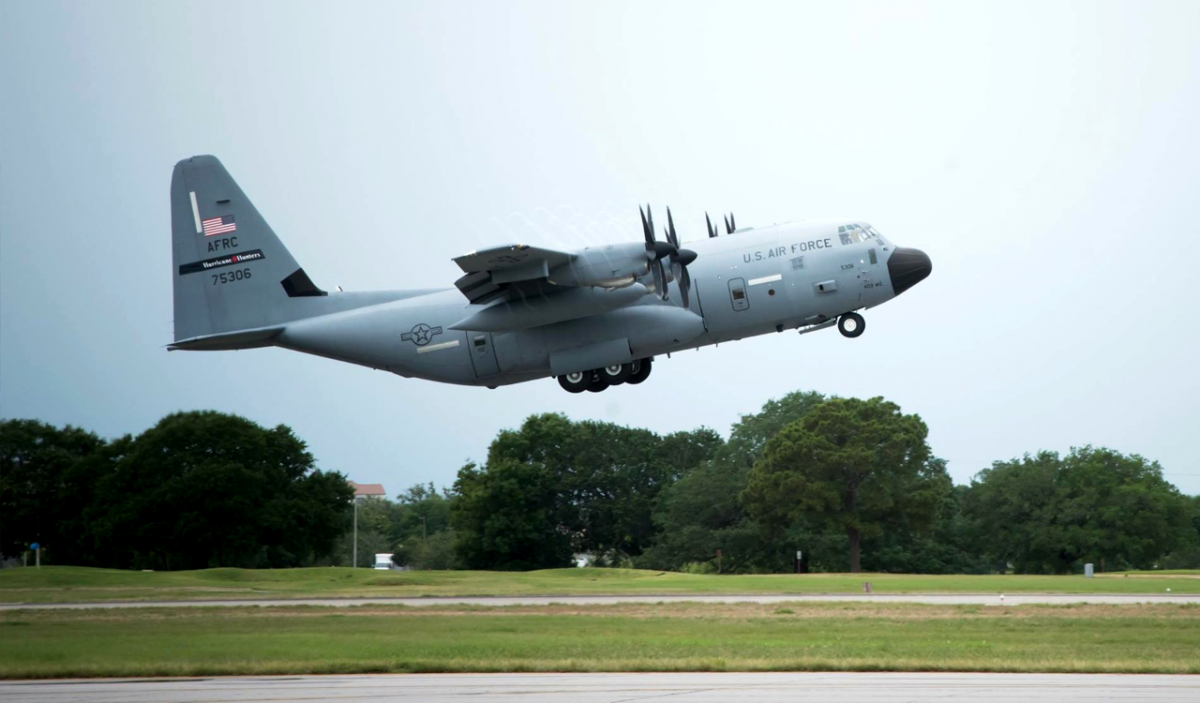 A WC-130J Super Hercules stopped at Martha’s Vineyard Airport on Mar. 25, 2022, scooped up a motorcycle, and continued on its way.

A WC-130J Super Hercules that stopped at Martha’s Vineyard Airport on Mar. 25, 2022, scooped up a motorcycle, and continued on its way was “an unplanned stop,” a spokesperson for a US Air Force reserve unit out of Mississippi said.

“While performing an off-station training mission, a U.S. Air Force Reserve crew with the 53rd Weather Reconnaissance Squadron, 403rd Wing, Keesler Air Force Base, Mississippi, made an unplanned stop at Martha’s Vineyard Airport, Massachusetts, March 24,” Lt. Col. Marnee Losurdo wrote in an email to Martha’s Vineyard Times on Mar. 28. “Leadership is aware of the incident, which is under investigation.”

Lt. Col. Losurdo was responding to an inquiry made by The Times on Monday after the Massachusetts National Guard said it had no knowledge or involvement in the mysterious visit.

In a follow-up email, Lt. Col. Losurdo wrote, “The motorcycle belonged to a member of the aircrew. While the incident is being investigated, there isn’t much more I can tell you until it’s completed.”

Losurdo added that the investigation might be completed in a couple of weeks.

The WC-130J landed at Martha’s Vineyard Airport on Mar. 25 within view of the Plane View Restaurant.

A social media post from Doug Ulwick, who was patronizing the Plane View Restaurant, described a “freakin’ huge” US Air Force “Hurricane Hunter” landing at around 1pm. Ulwick posted that the plane dropped its cargo ramp, collected a motorcycle, and then immediately took off again. “Don’t see that everyday.”

Reached Monday, Ulwick, an architect who was having lunch with a friend, said, “We heard the noise before we saw the plane.” The aircraft clearly read “Hurricane Hunters” on its tail.

He said people in military-style clothing came down the ramp of the plane.

The plane was at the airport “probably not more than 15 minutes,” Ulwick said.

Tristan Israel, a county commissioner, saw it too. He was at the Plane View eating lunch. “I saw a vintage BMW motorcycle. I used to own old vintage BMW motorcycles, so that’s how I know,” Israel told The Times. He guessed it was pre-1972, based on the logo. “I was eating next to the window. We looked out and we saw the plane. We saw people walking a vintage motorcycle up to the plane.”

Airport director Geoff Freeman confirmed the plane visited the airport, and saw the motorcycle, but didn’t know why that was happening. He said it wasn’t a motorcycle that belonged to the airport.

The 53rd Weather Reconnaissance Squadron, a component of the 403rd Wing located at Keesler Air Force Base in Biloxi, Miss., is a one-of-a-kind organization. It is the only operational unit in the world flying weather reconnaissance on a routine basis.

The mission of the Hurricane Hunters is to recruit, organize and train assigned personnel to perform aerial weather reconnaissance. They provide surveillance of tropical storms and hurricanes in the Atlantic Ocean, the Caribbean Sea, the Gulf of Mexico and the central Pacific Ocean for the National Hurricane Center in Miami. The unit also flies winter storm missions off both coasts of the United States.

To perform their mission, the Hurricane Hunters have 10 WC-130J aircraft. These Super Hercules aircraft are equipped with palletized meteorological data-gathering instruments. The WC-130J is the next generation “Hurricane Hunter” designed to continue weather reconnaissance well into the 21st century. 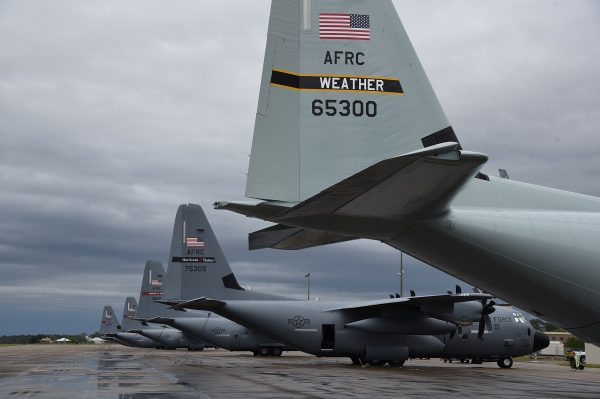