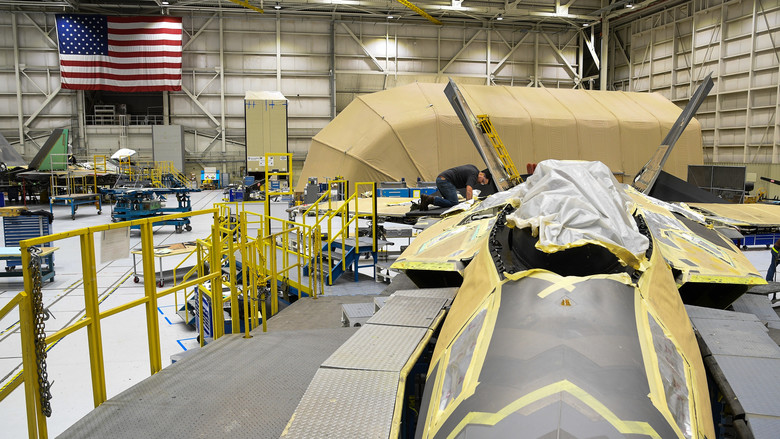 The use of 3D printing is not new to the U.S. Air Force (USAF). The service in fact has routinely used 3D printing for legacy aircraft requiring parts that may be out of production due to manufacturing obsolescence.

However, 3D printing is becoming more common place in the Air Force’s supply chain when it comes to its fifth-generation aircraft. As told by R. Nial Bradshaw, 75th Air Base Wing Public Affairs, in the article First metallic 3D printed part installed on F-22, in December, a metallic 3D printed part was installed by 574th Aircraft Maintenance Squadron (AMXS) maintainers on an operational F-22 Raptor during depot maintenance at Hill Air Force Base (AFB).

“One of the most difficult things to overcome in the F-22 community, because of the small fleet size, is the availability of additional parts to support the aircraft,” said Robert Lewin, 574th AMXS director.

The use of 3D printing gives maintainers the ability to acquire replacement parts on short notice without minimum order quantities. This not only saves taxpayer dollars, but reduces the time the aircraft is in maintenance.

The printed bracket will not corrode and is made using a powder bed fusion process that utilizes a laser to build the part layer by layer from a titanium powder. A new bracket can be ordered and delivered to the depot for installation as quickly as three days. The printed part replaces a corrosion-prone aluminum component in the kick panel assembly of the cockpit that is replaced 80 percent of the time during maintenance.

“We had to go to engineering, get the prints modified, we had to go through stress testing to make sure the part could withstand the loads it would be experiencing – which isn’t that much, that is why we chose a secondary part,” said Robert Blind, Lockheed Martin modifications manager.

“We’re looking to go a little bit further as this part proves itself out,” said Blind.

The printed titanium bracket is only the first of many metallic additive manufactured parts planned through public-private partnerships. There are at least five more metallic 3D printed parts planned for validation on the F-22.

“Once we get to the more complicated parts, the result could be a 60-70 day reduction in flow time for aircraft to be here for maintenance,” said Lewin.

This will enable faster repair and reduce the turnaround returning the aircraft back to the warfighter. 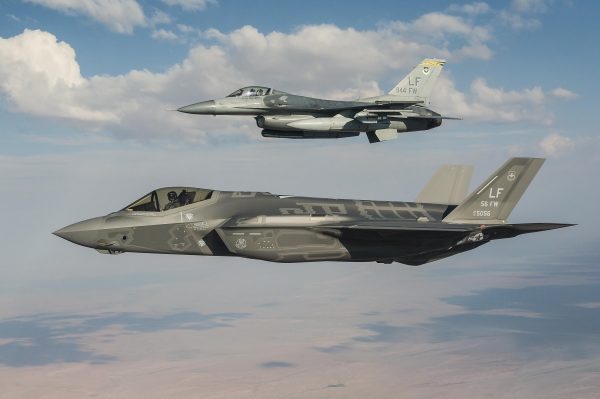 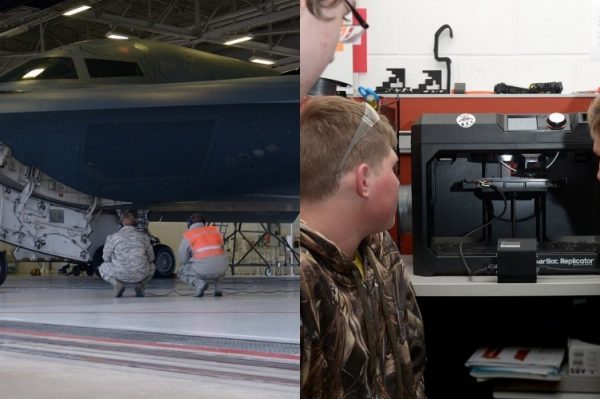