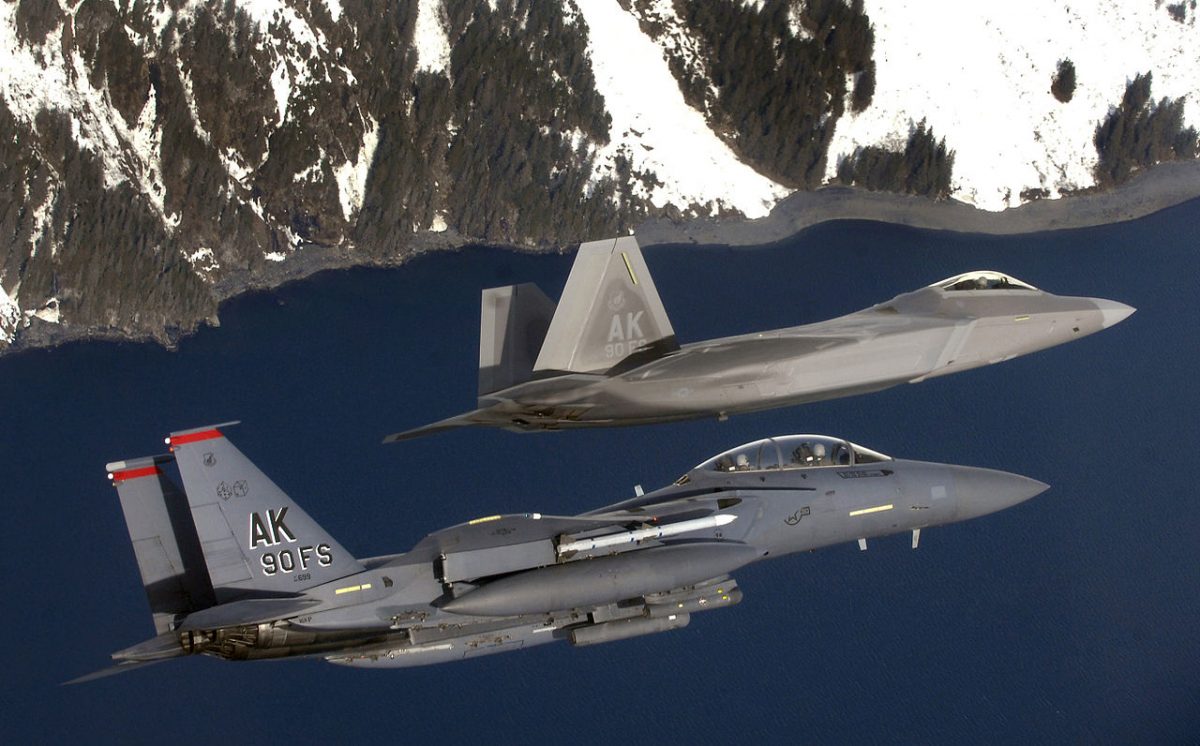 ‘When fighting the F-22 Raptor, it’s usually everything I can do to stay alive. The F-15EStrike Eagle, by contrast, is very easy to fight,’ Rick Scheff, USAF F-16 Viper pilot.

Developed to meet the US Air Force (USAF) requirement for air-to-ground missions, the F-15E Strike Eagle made its first flight from St. Louis in December 1986. The Strike Eagle can carry 23,000 pounds of air-to-ground and air-to-air weapons and is equipped with an advanced navigation and an infrared targeting system, protecting the Strike Eagle from enemy defenses. This allows the Strike Eagle to fly at a low altitude while maintaining a high-speed, even during bad weather or at night.

Instead, the F-22 Raptor was developed for the USAF as the result of the service’s Advanced Tactical Fighter (ATF) program. The aircraft was designed as an air superiority fighter, but also has ground attack, electronic warfare, and signals intelligence capabilities. The F-22’s combination of stealth, supercruise, maneuverability, and integrated avionics, coupled with improved supportability, represents an exponential leap in warfighting capabilities.

How would these exceptional fighter jets fare one versus the other in a dogfight?

‘There’s really no comparison,’ Rick Scheff, USAF F-16 Viper pilot, says on Quora. It’s common to refer to the Strike Eagle as the B-15 to differentiate it from the F-15C. B is for bomber because that’s what that airplane is.

‘Before we get into why, let’s look at pictures of the airplanes in question:

‘First up we have the F-22. The world’s premier air dominance fighter. It lives air to air, it breathes air to air, and for those glorious several minutes until it runs out of gas and goes home it is the undisputed champion:

‘Secondly, we have the F-15E. It has a lot of gas, a lot of weapons, a lot of people, a lot of drag, and mostly does air to ground missions. It can do air to air in the same sense than an Olympic decathlete can run a 1500. It’ll get done, but it won’t be pretty:

‘For comparison this is what I’m flying when I’m playing with them. I include this for context.’

‘At high speed and well above the floor a Raptor and a block 50 Viper are basically the same. With sufficient energy, the limiting factor is the airframe G limit, which is 9G for both. Both airplanes will easily sustain 9G in a descending fight. The catch is that at the floor or at low speed the Raptor has both way more power and vectored thrust so it beats even the block 50 Viper.

‘The Strike Eagle, by contrast, is lucky to get any noticeable G at all, even momentarily. If you look back at the picture, you’ll notice the conformal fuel tanks. Trying to maneuver with those on is like trying to run in ski boots. For long air to ground missions they’re nice. For high G fighting they’re crippling.

‘This is borne out nicely, because we often support both the F-15E and F-22 basic courses, and a popular way we support them is being the bad guy for ACM (2v1) fighting. There are two of them vs one of us, but in exchange we usually get to start behind them, so they have a problem to solve.

‘When fighting the Raptors, it’s usually everything I can do to stay alive. I use full afterburner, I’m on the limiter, it’s exhausting, and they still usually get me. If nothing else they can drive me to the floor and just win by physics. Especially if I’m fighting the instructor pilot it’s a matter of time. The Strike Eagle, by contrast, is very easy to fight. When we fight them, we don’t use afterburner at all and it’s still trivial. If I wanted to, I could win every 2v1 in a matter of seconds because their jet just can’t point at me. I get to start behind them and they have no way to get me away from there.

‘When we coordinate the day before the Raptor instructors usually say something along the lines of “Do whatever you want. I’d like to see your best shot and we’ll figure it out.” The Strike Eagle instructors usually say “please don’t use AB, and line up behind me but switch to the student so I can see what he does, and if you end up 1 circle with me just stay neutral so I can see what he does, and don’t call kills, and if you get in a developed fight with the student just let him eventually get to your control zone so we don’t waste gas, and, and, and, ….”’

‘This isn’t to say that one is a better airplane than the other. They do different things. For example, the 15E can do this:

‘That’s more than twice as many bombs as an F-16 can carry. It can also fly approximately 100 times longer than an F-22 without tanking, so it’s way more useful for close air support. Strike Eagle people tell me that the other guy is really useful for working the targeting pods. I hold a deep-seated suspicion of airplanes with more than 1 person in them, but it works for them.

‘In a big and confusing world, we need all kinds of airplanes, but don’t be fooled by the impressive payload, loiter time, air to ground lethality, and superficial resemblance to a slightly more capable (but still sub-par) BFM airplane like the F-15C. 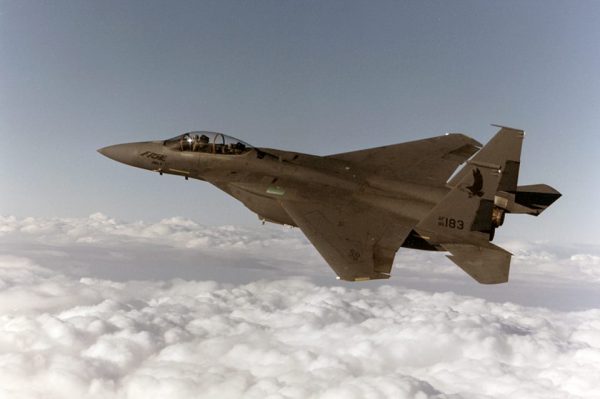 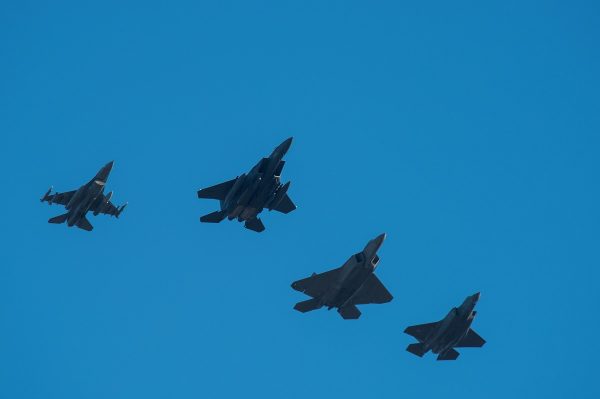