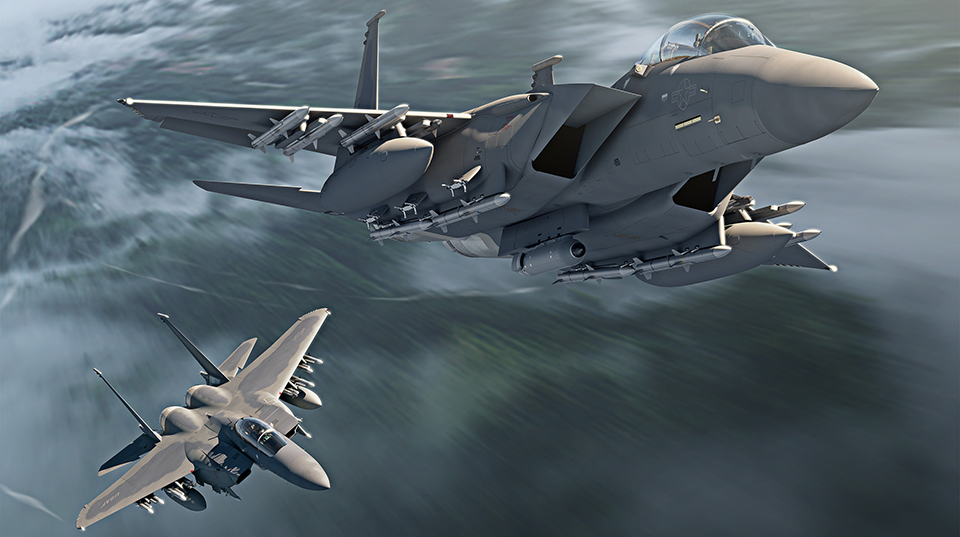 Buying the F-15EX will save some $3 billion in military construction and support costs versus buying more advanced F-35s, the service claims.

The US Air Force (USAF) may replace its fleet of F-15E fighter bombers with F-15EXs, which could expand the new program to over 400 aircraft, according to service documents justifying the sole-source contract to Boeing. Moreover, buying the F-15EX will save some $3 billion in military construction and support costs versus buying more advanced F-35s, the service claims.

According to Air Force Magazine, the revelations and assertions were contained in an F-15EX Justification and Approval (J&A) document, which was dated March 2018 but not released until mid-July, to coincide with the sole-source award to Boeing of the first F-15EX contract. If all options are exercised, the program, as it’s currently structured, could be worth up to $22.9 billion.

Although the “most probable quantity” would be 144 F-15Exs, the heavily redacted document notes that the contract for Boeing posits a “rough order of magnitude” purchase of 200 airplanes. However, it also notes that while the program is “initially” intended to refresh the aging F-15C/D, a decision to similarly replace the F-15E Strike Eagle fleet with the EX “has not been made, but remains an option.”

A USAF spokesman said the Air Force’s position on the F-15E hasn’t changed.

“That decision has not been made,” the spokesman said. “Air Force leadership will determine that. The F-15E will continue to perform its mission for the foreseeable future.” However, he was not able to say if the Air Force is conducting an analysis of alternatives regarding replacement of the F-15E fleet.

The Air Force fields about 234 F-15C/D air superiority fighters, and 218 F-15Es strike aircraft that retain air-to-air combat capability. Boeing recently described the F-15EX as a “multirole” aircraft. The service’s previous statements that it is seeking up to 200 F-15EX to refresh the F-15C/D fleet indicates it is not planning to replace the Eagle on a one-for-one basis.

The most significant difference between the F-15EX and legacy F-15s lies in its Open Mission Systems (OMS) architecture. The OMS architecture will enable the rapid insertion of the latest aircraft technologies. The F-15EX will also have fly-by-wire flight controls, a new electronic warfare system, advanced cockpit systems, and the latest mission systems and software capabilities available for legacy F-15s.