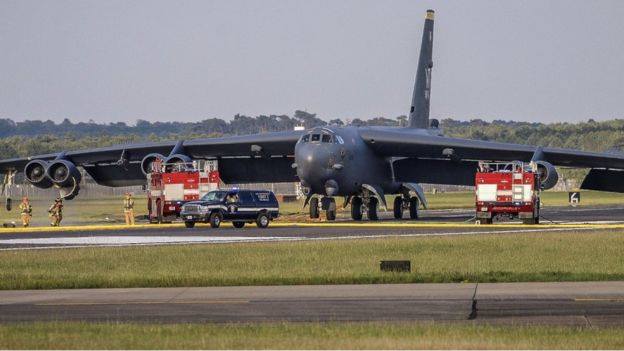 Although not confirmed, it was stated by various sources that two of the B-52H Stratofortress’ engines malfunctioned before touch down at Mildenhall’s runway.

Flight enthusiast Tony Kelly watched the incident unfold at Woodstock Farm Campsite near Wereham, Norfolk, at around 7pm on Monday.

He told to Cambridgeshire Live: “There were two B-52s, one was in a holding pattern waiting for a tanker from RAF Mildenhall. It then developed an engine issue and landed.

“The second was also held for a while then headed back to the USA with a KC-10 Extender tanker up the east coast.

“I’m led to believe it had two engines overheating and one had a small fire – also steering problems.

“It was on the way back to the States from Europe but I don’t know what it was doing over there.

“It got to Norfolk about 5.40pm and I think that’s when the problems happened.

“It circled west off Norwich, King’s Lynn and Bury St Edmunds before landing around 7pm.

“I just took about a 40-mile trip from Norwich to see it as I have never seen one before.”

Coming from over Romania, the B-52H, part of a three-ship (‘HODOR51’, ‘HODOR52’ and ‘HODOR53’), was heading west-bound and could be clearly seen whilst flying over the Netherlands and Channel before it came over UK airspace, and circled for nearly an hour, sometimes at low altitude, over Cambridgeshire, Norfolk and Suffolk, flight radar shows.

Although not confirmed, it was stated by various sources that two of the B-52H’s engines malfunctioned before touch down at Mildenhall’s runway. With that in mind, it is possible that the stricken Stratofortress will have to stay a while at Mildenhall whilst being repaired. 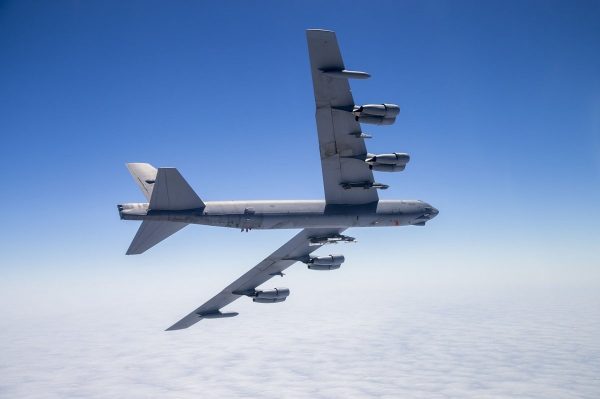 “USAF B-52 flying over the Baltic Sea turned around after being tracked by Russian Air Defense System,” Russian MoD Says 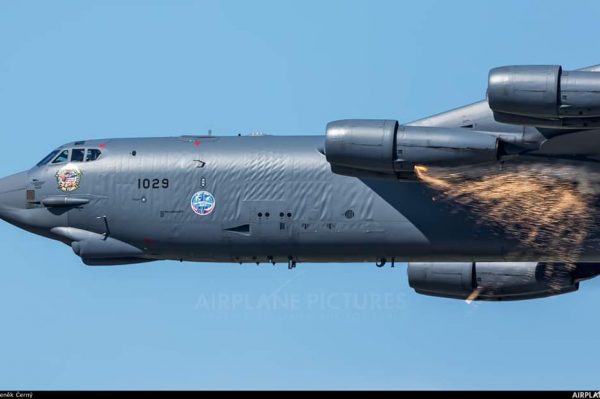