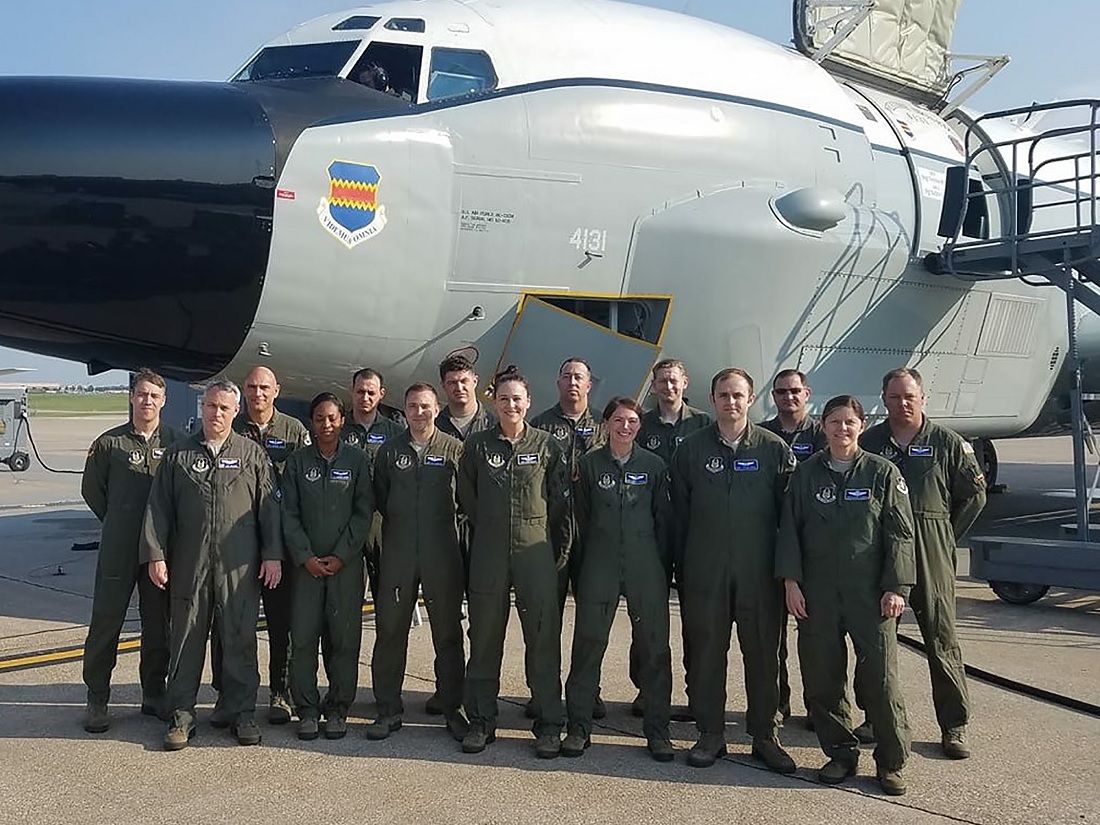 “This flight was important as a proof of concept to show we can generate a crew and fly without undue burden on the active duty,” Lt. Col. Jed Snarr, 49th Intelligence Squadron commander

On Aug. 5, 2018, fourteen members of the 655th Intelligence, Surveillance and Reconnaissance Group’s 49th Intelligence Squadron (IS) joined with 11 members of the Nebraska Air National Guard and two active-duty Air Force personnel at Offutt Air Force Base, Nebraska, for a historic training mission aboard an RC-135V/W Rivet Joint.

As explained by Maj. John T. Stamm, 655th Intelligence, Surveillance and Reconnaissance Group Public Affairs, in the article Capitalizing on Total Force Integration, members of the 49th IS came from all over the country and overseas to participate in what is termed the Total Force Initiative (TFI), a concept that aims to improve the Air Force’s ability to conduct its mission through the sharing of resources between active and reserve components, including aircraft, crews, maintenance, and support.

“The Air National Guard and Air Force Reserve provide the nation a vital capability that is functionally integrated and operationally indistinguishable from the active force,” said Deborah Lee James, former Secretary of the Air Force, in 2016. “TFI maximizes our total force and secures our top priorities of taking care of people, balancing today’s readiness with tomorrow’s modernization, and making every dollar count.

The event occurred during a unit training assembly; the one weekend per month when National Guard and Reserve members don their uniforms and participate in official organized activities designed to keep their skills sharp and updated with the latest techniques, tactics and procedures. However, most training flights are executed during the week, when most Reservists and Guardsmen are not available. This makes it difficult for them to stay updated on the latest technologies unless they take extra time away from their civilian obligations.

The 49th IS, the Nebraska ANG and their active-duty counterparts had been discussing their options when the 238th Combat Training Squadron added a few weekend training flights to clear their training backlog. The groups saw their opportunity: all maintenance support, from prepping the jet to launching, for the weekend mission would be accomplished by active-duty Airmen from the 55th Aircraft Maintenance Squadron, the ANG would provide the air crew and the 49 IS would be able to complete airborne training operations.

“It was a great day for our unit, Team Offutt and TFI,” said Lt. Col. Jed Snarr, 49th IS commander. “Being able to fly on UTA weekends has always been a goal for our unit. This flight was important as a proof of concept to show we can generate a crew and fly without undue burden on the active duty. It also shows our unit members we are committed to reduce the impact of their reserve service to their employers and families.”

Total Force Integration is not new. It has been around long enough that Airmen from all components are able to train and fly together without having to build the concept from scratch. What is rare is that it happens on a weekend. In fact, the event may have been first-ever for Team Offutt.

“It’s hard to say with certainty,” said 2nd Lt. Drew Nystrom, Nebraska ANG Joint Force Headquarters Public Affairs. “Some believe it has happened before, but we really don’t have any proof. What we do know is that this sortie was planned specifically to generate readiness, time and cost benefits while capitalizing on training commitments. That point becomes a recruiting and retention tool and makes it easier for our members to fulfill their requirements.”

The 655th Intelligence Surveillance and Reconnaissance Group (IRSG) is dedicated to serving as the premier and most diverse ISR Group in the U.S. Air Force (USAF), delivering timely, reliable, accurate and actionable intelligence products enabling a decision advantage over adversaries of the U.S. 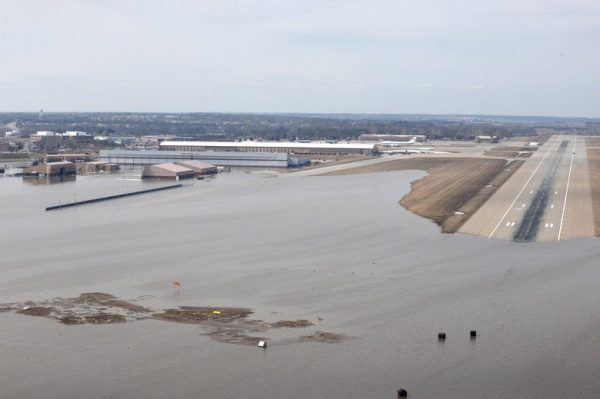