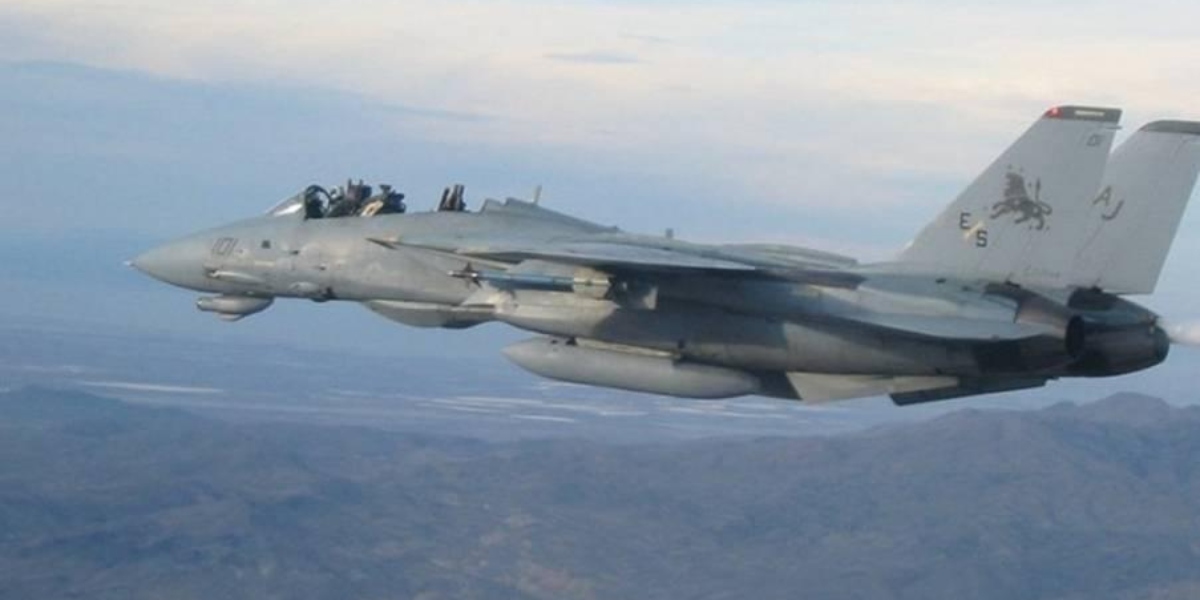 The incredible photos in this post show an F-14 Tomcat (actually the F-14D BuNo. 164341) flying without canopy.

Following Grumman’s tradition of naming its aircraft after cats, the new “Tomcat” made its first flight in December 1970. After a number of changes following flight testing, the first F-14As were delivered to the US Navy in June 1972, with Fighter Squadron (VF) 124 designated to provide crew training. On the West Coast, VF-1 and VF-2 were the first operational squadrons to receive the new aircraft, while on the East Coast VF-14 and VF-32 became the first Atlantic fleet Tomcat squadrons.

The F-14 saw its first combat in August 1981, downing two Libyan Su-22 fighters over the Gulf of Sidra. It saw considerable duty in the Gulf War, Iraq and Afghanistan. The last F-14 retired from active service in 2006.

Here’s something you don’t see everyday: the incredible photos in this post in fact show an F-14 Tomcat (actually the F-14D BuNo. 164341) flying without canopy.

The incredible photos in this post in fact show an F-14 Tomcat (actually the F-14D BuNo. 164341) flying without canopy.

The U.S. Naval Aviator driving this Tomcat was then Lt. Geoff Vickers from Fighter Squadron 213 (VF-213) Black Lions and the story of how he was able to successfully land in this “unusual configuration” is quite interesting.

In 2002 Vickers and its squadron were detached to Naval Air Station (NAS) Fallon, Nevada, for strike training when he was tasked with giving the battle-group-air-warfare commander an orientation flight in the F-14D. As skipper of the cruiser in charge of the battle group’s air defenses he had the chance to experience several E-2C and EA-6B flights, and he remarked the fact that the Prowler guys hadn’t been able to make him sick.

As explained by Vickers himself to VFP62.com, his task for that flight was “to demonstrate the Tomcat’s performance and tactical capabilities. Though this flight was my first without a qualified radar-intercept officer (RIO) in the back seat, I had flown with a number of aviators who had very little Tomcat experience.”

The battle-group-air-warfare commander arrived at the squadron a half-hour before the brief to receive his cockpit-orientation lecture and ejection-seat checkout. Once in the ready room, Vickers and his wingman briefed the flight.

Vickers recalls: “I told the Captain that after the G-awareness maneuver, we would do a quick inverted check to verify cockpit security. Looking back, I should have recognized his anxiety when he mocked me and said, ‘Just a quick inverted check?’ then laughed. I didn’t realize hanging upside down with nothing but glass and 11,000 feet of air separating you from the desert floor might not be the most comfortable situation in the world for a surface-warfare officer.”

Vickers told the battle-group-air-warfare commander that during the flight they should have done an F-14D performance demo, followed by a couple of intercepts and by an air-to-air refueling from an S-3 Viking. “I was determined to avoid the temptation to intentionally make him sick and uncomfortable” says Vickers.

After the take off, Vickers checked the airspeed and since it confirmed he was above the 300 knots recommended to do the check, he rolled the aircraft inverted. “I decided not to really put on a lot of negative G and unloaded to about .3 to .5 negative G’s-just enough to make anything float that wasn’t stowed properly. If he was uncomfortable in such a benign maneuver, it would be better to find out then, rather than when we were racing toward the earth during a radar-missile defense.” As Vickers started to push on the stick, he heard a loud pop, followed by a roar. The cockpit filled with smoke, and they suddenly lost cabin pressure. “I first thought a catastrophic environmental-control system (ECS) had failed. I said to myself, ‘This is new. I’ve never even heard of something like this happening.’ Time compression turned the next few seconds into an eternity. I knew the first thing I had to do was to roll the jet upright and assess the situation. About three seconds after the first indication of a problem, I had the jet upright and knew exactly what had happened. I transmitted, ‘Lion 52. Emergency, my RIO just ejected.’ “

While Vickers was thinking he would have to make all the calls in the blind since he thought that all the noise of flying at 320 knots without the canopy would have never allowed the communications, he heard Desert Control contacting him: “Understand your wingman ejected?” “Negative, my RIO ejected. I’m still flying the plane.” “OK. Understand your RIO ejected. You’re flying the plane, and you’re OK?” Vickers replied he was ok but he didn’t tell he was flying a convertible F-14. “I was relieved to see a good parachute below me, and I passed this info to Desert Control. Very quickly after the emergency call, an F/A-18 pilot from the Naval Strike and Air-Warfare Center, who also was in the area, announced he would take over as the on-scene commander of the search-and-rescue (SAR) effort.” Vickers told his wingman to pass the location of the battle-group-air-warfare commander because “I could not change any of my displays. Once my wingman started to pass the location, I started dumping gas and put the needle on the nose back to NAS Fallon. One of our air-wing SH-60s was in the area and responded, along with the station’s UH-1N. The Captain was recovered almost immediately and transported to the local hospital for treatment and evaluation.”

After having raised his seat to have a better outside view during the landing, Vickers slowed the speed and decided to return to base “I did consider the controllability check, and I directed my wingman to check for damage to the vertical stabilizers-he found none. The faster I got on deck, the faster I would get warm. I slowed to approach speed in 10-knot increments at about 3,000 feet AGL (Above Ground Level) and had no problems handling the jet. As I approached the field, I was surprised at how quiet it got. The noise was only slightly louder than the normal ECS roar in the Tomcat. I’ll admit I felt silly saying the landing checklist over the ICS (the Intercom system, which allowed the F-14 pilot and RIO to communicate via the microphones built in to their oxygen masks and headphone speakers in their helmets) when no one else was in the cockpit, but I didn’t want to risk breaking my standard habit patterns.”

The landing was uneventful, and Vickers was surprised to find how many people had come out to see the spectacle. “The magnitude of the situation finally set in when my skipper gave me a hug after I got out of the jet.”

Vickers and the battle-group-air-warfare commander were very lucky since all of the ejection and aviation-life-support-systems (ALSS) equipment functioned well: actually the battle-group-air-warfare commander reported only two minor injuries to his face. But when Vickers talked to him he understood that even if he had briefed every single detail of the mission, he didn’t consider Captain’s fully perspective. “He said he didn’t know where to put his hands. Consequently, he just left them in loosely clenched fists on his lap, about two inches away from the ejection handle. It never occurred to me that someone would not know what to do with his hands. Obviously, I fly with the stick and throttle in my hands 95 percent of the flight, but I failed to consider his situation. The mishap board surmised that, during the inverted maneuver, he must have flinched when he slightly rose out of the seat and pulled the ejection handle. Now, before any brief, I try to place myself in the other person’s shoes (even if they are black shoes) and imagine what the flight will be like for him.” 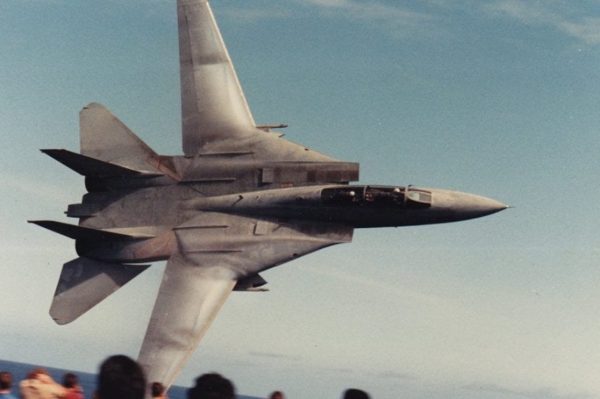 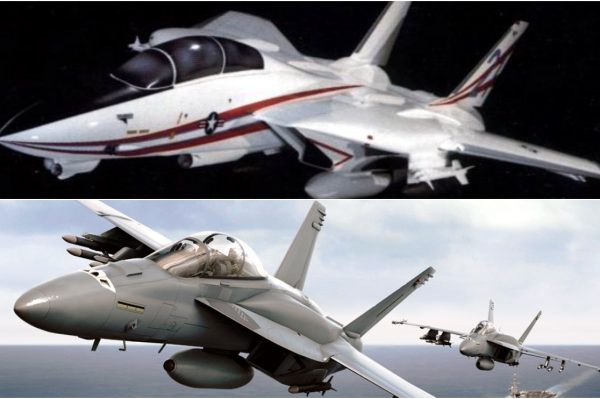 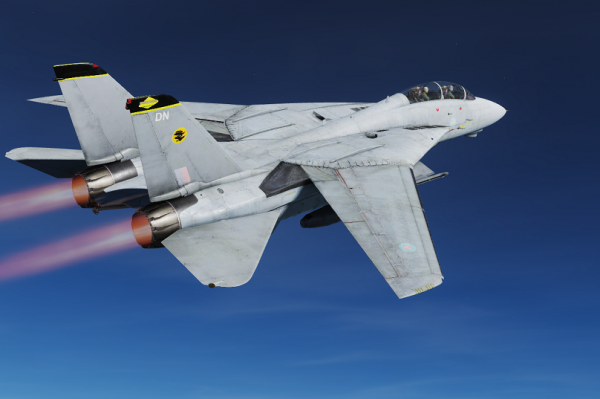