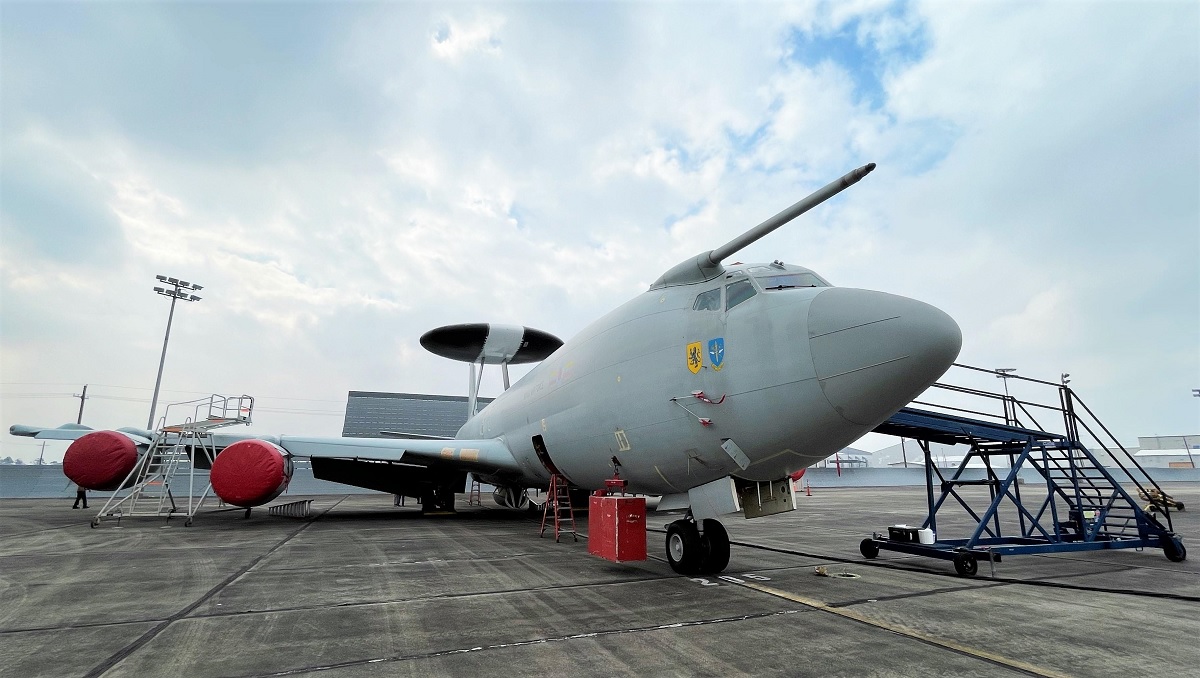 The retired RAF E-3D will help reduce an estimated 600 flight hours and 2,400 landings/cycles per year from the E-6 mission aircraft.

According to a NAVAIR news release, the program office had been looking to acquire a dedicated training aircraft for the fleet to take the strain off using the current mission-capable E-6 aircraft.

“The training flights expose mission aircraft to significant wear-and-tear and impact their readiness and availability,” said Capt. Adam Scott, PMA-271 program manager. “This is a great chance to work with the United Kingdom and bring a much-needed aircraft to the fleet.”

Since the E-6’s inception over three decades ago, the Navy has looked for ways to train pilots and keep them up to date on the airframe. Those options have included leasing several different commercial aircraft as well as using the mission-capable aircraft.

For the past several years, the program has been looking for a dedicated trainer and found one when the RAF decided to retire their fleet of E-3Ds.

Both the E-3 and E-6 are militarized versions of the Boeing 707.

When the funds became available in the National Defense Authorization Act for Fiscal Year 2021, the team moved fast.

Members of the program office went to Louisiana at the end of February to inspect the condition of the aircraft as they moved closer to acquiring it.

Once the aircraft comes to NAVAIR, a modification will begin with a goal to get it out to the fleet by October 2023.

The aircraft will help reduce an estimated 600 flight hours and 2,400 landings/cycles per year from the E-6 mission aircraft.

The RAF will retire the E-3D Sentry later this year. The aircraft will be replaced in 2023 by a fleet of three Boeing E-7 Wedgetails that will operate from RAF Lossiemouth in Scotland. During the period between retirement and the Wedgetail becoming operational, the Intelligence, Surveillance, Targeting and Reconnaissance requirements will be covered by a combination of other aircraft and E-3s from NATO partners.

Photo credit: Members of Airborne Strategic Command, Control, and Communications Program Office (PMA-271) conduct a material inspection of a Royal Air Force E-3D, Feb. 6, 2021 in Lake Charles, Louisiana. The program recently purchased the E-3D and will modify it to be a pilot training aircraft for the E-6B Mercury. (U.S. Navy) 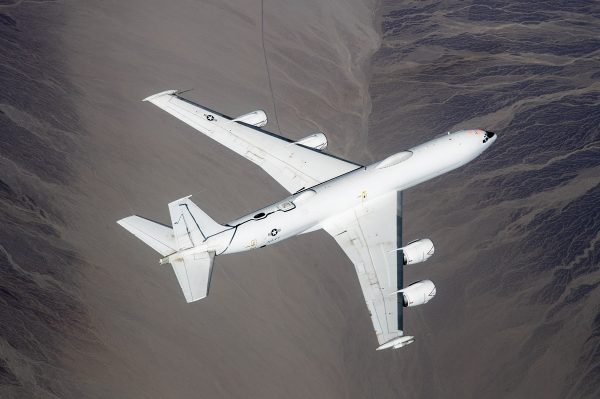 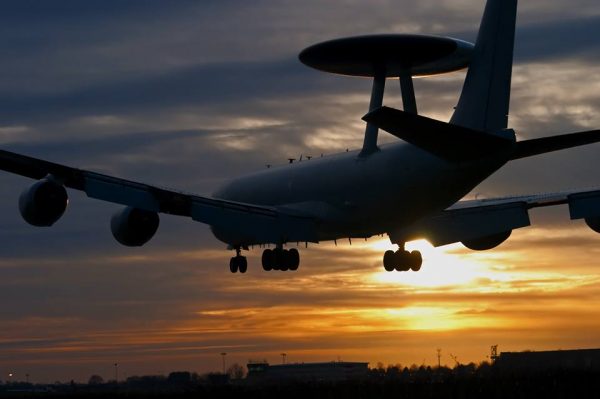