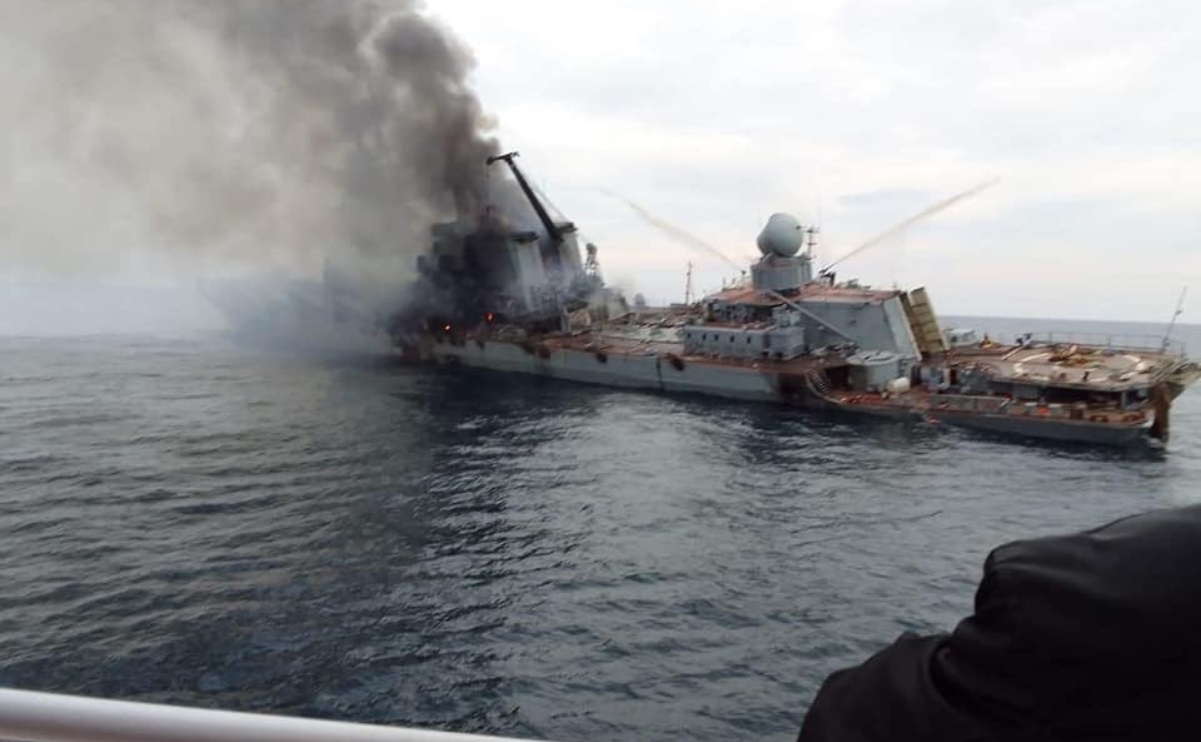 Taken on Apr. 14, 2022 the unconfirmed photos in this post show the Russian Navy Black Sea Fleet Flagship RTS Moskva (121) shortly after it was reportedly struck by Ukrainian Neptune anti-ship missiles.

Taken on Apr. 14, 2022 the unconfirmed photos in this post (appeared on OSINT Technical Twitter account) show the Russian Navy Black Sea Fleet Flagship RTS Moskva (121) shortly after it was reportedly struck by Ukrainian Neptune anti-ship missiles. It now rests at the bottom of the sea.

It appears that Moskva’s primary missile launchers survived the ASCM strike, which likely means it sank as a result of poor, or even lack of, proper damage control measures.

As we reported on Apr. 15, even Moscow officially confirmed that Moskva had sunk. The way they confirmed that was nothing but curious. While it was certain, already yesterday early in the morning, that the ship went down, no, they continued insisting on all sorts of fantasies for nearly 20 hours. ‘Fire under control, crew evacuated’, ‘towed to the port’, even ‘reached port on own power’…..anything, just not ‘sunk’. Only once there could be no denial any more did they admit, ‘capsized in storm while under tow’…

Until Friday (and still today) precise reason behind the sinking of Moskva was unknown and, as we extensively explained HERE, Moskva could have Exploded by Itself.

But as our contributor and Helion & Company publisher’s editor Tom Cooper in his summary of Ukraine War for Apr. 14 and 15, Moscow says “their ‘high-precision, long-range sea-based’ missiles — see: Kalibr cruise missiles, fired from ships in the Black Sea — have hit a ‘military facility in the outskirts of Kyiv, during the night from 14 to 15 April. Correspondingly, they should have hit the ‘machine-building Vizar plant’, in Zhulyanks, ‘destroying the production and repair workshops for long- and medium-range anti-aircraft missile systems and anti-ship missiles’.

“Hear, hear! So, if the missile cruiser Moskva went down ‘due to an accident’, as insisted by official Moscow for two days now, then why strike a factory for anti-ship missiles….?

“Ah, me and my unpleasant questions….”

“BTW, RUMINT has it: Moskva’s skipper, Captain 1st Class Anton Kuprin (photo below) was KIA in the first explosion and only between 17 and 58 (reports differ) out of 510 crewmembers were saved. Provided this is truth, it would mean the ship was blown up straight to Mars, few crewmen from the rear of the ship have survived, leaving only Moskva’s bottom to sink…” 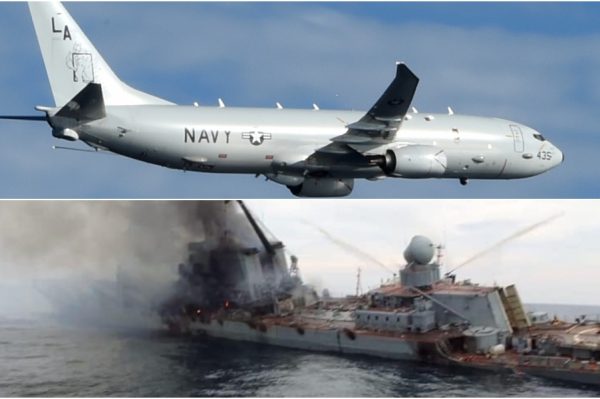