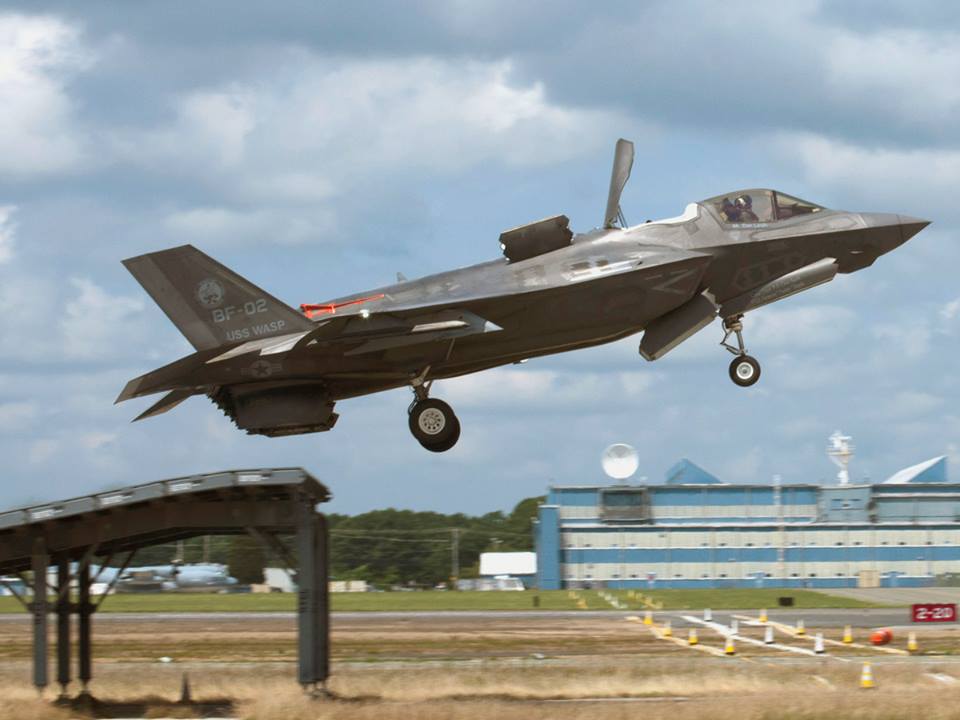 “The launch of the F-35s from the HMS Queen Elizabeth is a once in a generation historical event. To be the first to fly off the carrier, to have a front row seat, would be an absolute privilege,” Squadron Leader Andy Edgell, F-35 Integrated Test Force

“Successful ski-ramp trials mean the F-35 is cleared to fly from the carrier as the momentum continues for this game-changing jet. This milestone comes as our pilots and planes prepare to return from the States, ready for next year’s unforgettable flight trials from the deck of the nation’s new flagship,” Baldwin said.

According to the press release appeared on Gov.uk, the U.K. currently has 12 F-35 jets out in the U.S. where they are being tested ahead of flight trials from the Royal Navy’s 65,000 tonne carrier, HMS Queen Elizabeth, next year. Two more aircraft are set to be delivered by the end of the year.

The Defence Minister also announced that the F-35 Integrated Test Force, which includes five British pilots, has now successfully completed ski ramp trials. That milestone clears the aircraft for take-off from the deck of the carrier.

Squadron Leader Andy Edgell, part of that Integrated Test Force, said about the new aircraft: “She’s marvellous. She has an incredible amount of thrust but it’s more than just brawn that makes her so fantastic to fly – it’s the brains behind her as well. She’s a masterful piece of engineering and it makes her so effortless to fly. It’s impossible not to be exhilarated every time. She’s a beast when you want her to be and tame when you need her to be. She’s beautiful.”

Furthermore, as we have already explained, the F-35B’s design allows it to automatically position the control surfaces and nozzles for takeoff; a unique capability compared with previous short take-off and vertical landing (STOVL) aircraft. Such automation frees up pilot capacity and provides an added safety enhancement.

“The launch of the F-35s from the HMS Queen Elizabeth is a once in a generation historical event. To be the first to fly off the carrier, to have a front row seat, would be an absolute privilege. It wouldn’t just be about the pilot – there are hundreds of people who have been working tirelessly behind the scenes to make this happen and the honour will be theirs too,” added Edgell.

Baldwin also revealed that the latest course of UK pilots have just finished their ground school training and are now ready to fly the F-35B at Marine Corps Air Station (MCAS) Beaufort in South Carolina.

Amongst those to have graduated from that course are four pilots who started F-35 training straight from their advanced pilot training at (Royal Air Force) RAF Valley, and Wing Commander John Butcher, who will be the Commanding Officer of the RAF’s new 617 squadron.

The new home of 617 squadron, RAF Marham, continues to build towards the arrival of the jets next year, moving a step closer earlier this month when the runway intersection resurfacing was completed.

617 Squadron will be the first operational British F-35 unit. 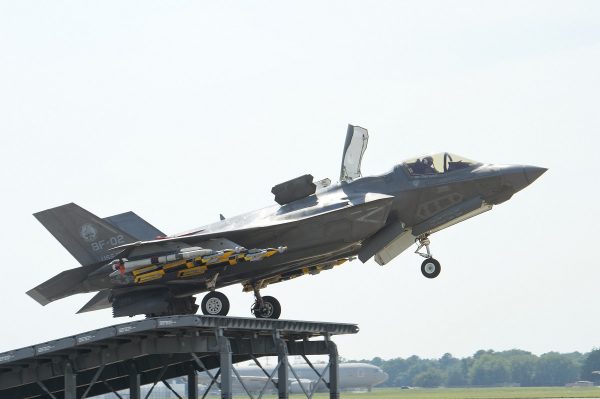 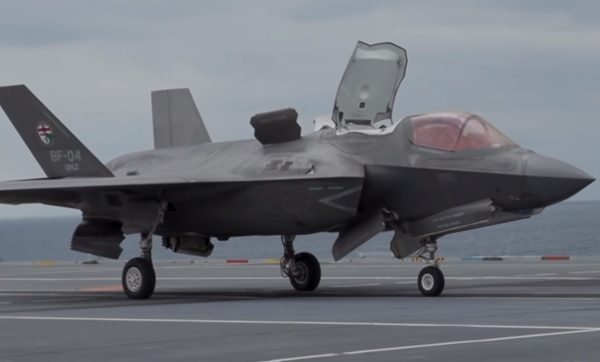