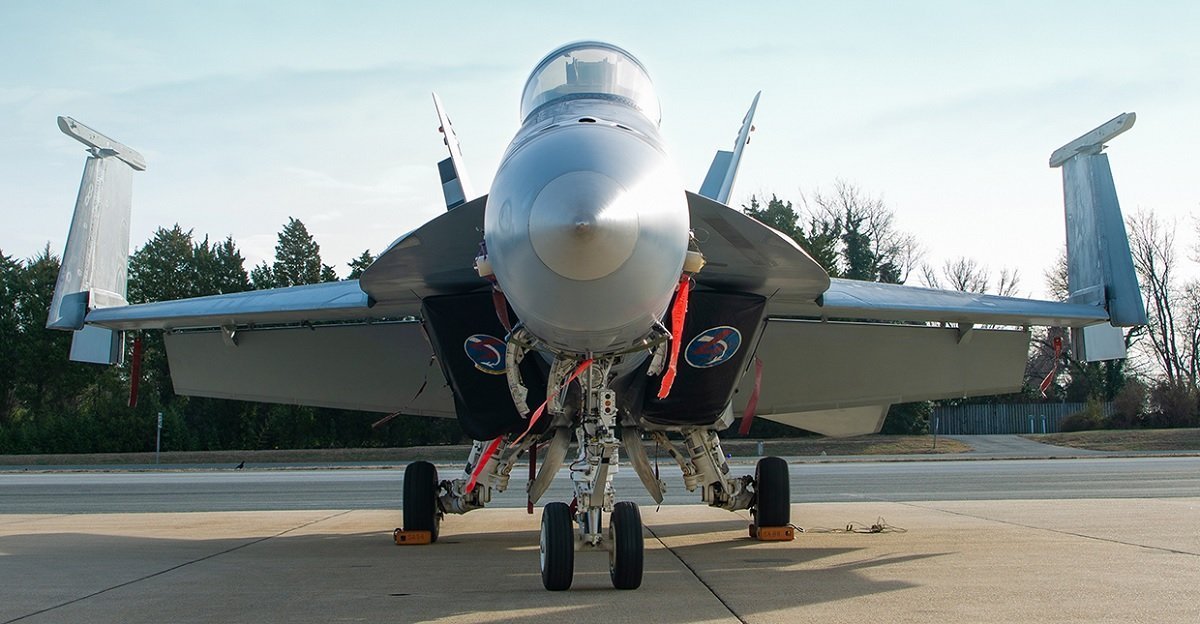 Most importantly for fans, Blue Angels airshow season next year will be shorten while the 2021 will start later to help the unit transition to the new aircraft.

Early-production F/A-18E/F Super Hornets have a new mission—help the Blue Angels inspire greatness and service in others—as the next flight demonstration aircraft for the U.S. Navy Flight Demonstration Squadron.

As reported by Naval Aviation News in fact, the U.S. Navy plans to modify and repaint 18 low-rate initial production (LRIP) F/A-18E/F Super Hornets for the team.

Even though the team will only perform using the Super Hornet in 2021, the Blue Angels Transition Team has been busy coming up with the new flight profile at the Naval Air Warfare Center Aircraft Division’s Manned Flight Simulator at Naval Air Station Patuxent River, Maryland.

During flight analysis, the Blue Angels Transition Team experienced several “aha moments,” related to how the Super Hornet flies differently than the Hornet.

“While the differences may not impact the way the fleet employs the aircraft, the differences are important when it comes to designing a demonstration that’s, first and foremost, safe, but also exciting,” Bernacchi said.

“The big takeaway is that every aircraft is different,” Weisser said.

Those differences include the lift and drag, thrust-to-weight ratios and roll rates.

“Some areas are more restrictive. For example, the Hornet can fly up to 60 seconds inverted while the Super Hornet has been cleared to fly 40 seconds thus far. Using the Manned Flight Simulator, we have figured out how to reduce the inverted durations for the show while preserving the quality of the maneuvers,” Bernacchi said.

In many other ways, the Super Hornet offers improved performance—it has more thrust available, especially at low altitudes, enabling tighter turns and faster acceleration for some maneuvers, and better vertical and looping performance, Weisser said.

In addition, the Super Hornet will significantly improve reliability and efficiency as the squadron travels throughout the country—historically to about 33 cities per year. These attributes make international venues beyond North America viable as well.

“The Hornet is a great airplane for the Navy and Marine Corps and is very well suited to the Blue Angels mission. But it is also important to plan for the future,” said Capt. Bernacchi. “That future will eventually be with the Navy’s premier fighter, the Super Hornet.”

Bernacchi said the bigger and more advanced Super Hornet will generate even greater interest in the Navy and Marine Corps.

“The public will be able to get up close and see the same aircraft the Navy operates from our aircraft carriers all around the world today,” he said.

The Super Hornet is expected to improve safety margins, reduce aircraft fatigue and require less maintenance. Plus, the Super Hornet’s mission software will be customized to display tailored information to Blue Angels pilots as they execute their precision maneuvers. This information will reduce the cockpit task load, Bernacchi said.

Since 2015, the Navy has been analyzing how to upgrade the Blue Angels to the Super Hornet while balancing fleet readiness.

“To ensure the fleet is equipped with mission capable aircraft, the Navy has pursued giving the demo squadron early production lot aircraft which haven’t flown in years or are obsolete from a warfighting or fleet training perspective,” said Capt. Jason Denney, deputy program manager for the Super Hornet in the F/A-18 & EA-18G Program Office.

While it’s too early to reveal how the flight demonstration will change, the show itself will likely be shortened a few minutes, which helps reduce airframe fatigue and aligns with a request from the air show industry, Bernacchi said. On a clear day, a typical show runs about 42 minutes and the version flown with lower cloud ceilings lasts about 30 minutes.

“The Blues are embracing the request and the Super Hornet show is expected to be more efficient, reduce aircraft and pilot fatigue and have more polished maneuvers,” he said.

The Blue Angels currently fly the oldest Hornets in the Navy’s inventory, and the service life of several will expire during the 2021 show season. The Navy cannot replace these aircraft with other Hornets without taking warfighting assets from the Marine Corps, Navy Reserve or the Naval Aviation Warfighting Development Center (NAWDC).

With the Blue Angels’ Hornets nearing their life limits, it is expected that most will be preserved and on display around the country. The specific plan for each airframe will be determined over the next two seasons.

Most importantly for fans, the airshow season next year will be shorten while the 2021 will start later to help the unit transition to the new aircraft. 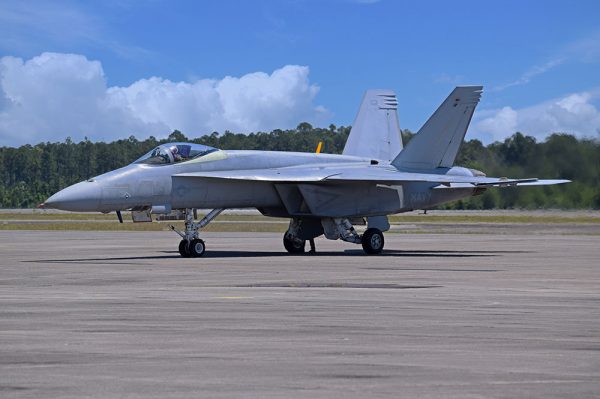