Log In Sign Up
Homepage Military AviationU.S. MILITARY COULD ASK THE WHITE HOUSE TO REVISE THE DECISION TO DUMP AIR FORCE ONE AERIAL REFUELING CAPABILITY

As we have recently reported, on Sep. 26, 2017 Chairman of the Joint Chiefs of Staff Gen. Joseph Dunford explained during a Senate Armed Services Committee hearing inquiring why the new Air Force One (based on the Boeing 747-8) will not feature the aerial refueling capability that the decision to omit such ability from the new presidential aircraft was taken by the White House and not the U.S. Air Force (USAF).

As Dunford said the lack of the aerial refueling capability “will be a limiting factor,” and for this reason the U.S. military will “have to plan accordingly.”

In other words as claimed by Tom Cotton, U.S. Senator for Arkansas, during the same hearing the U.S. military “may need to revisit that decision.”

Actually the aircraft aerial refueling capability would be crucial not only because the Air Force One would provide a highly survivable command, control and communications center to direct U.S. forces in case of national emergency, but also because the aircraft would ensure a safe haven to the President of the United States (POTUS) in the event of a major war (such as a nuclear war) or a national disaster.

However it must be remembered that since the two Boeing 747-8 ordered by the USAF in August to fulfil Presidential Aircraft Recapitalization (PAR) program requirements doesn’t feature the aerial refueling capability since they were originally purchased by a now-defunct Russian airline company, Transaero.

Boeing first began work on the new Air Force One for risk-reduction activities in January 2016 , signaling major progress on the program since the company won the contract in January 2015.

However the next Air Force One entered the hot seat in December when then-president elect Donald Trump lambasted the program for being overpriced.

Trump on Dec. 6 tweeted “cancel order!” in reference to the Air Force One program. He brought up the issue again during a Dec. 16 speech in Pennsylvania. 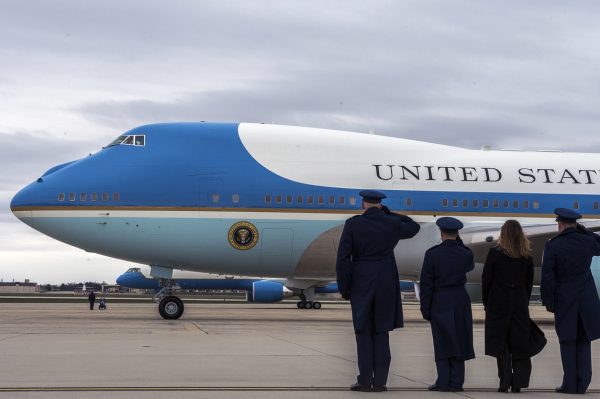