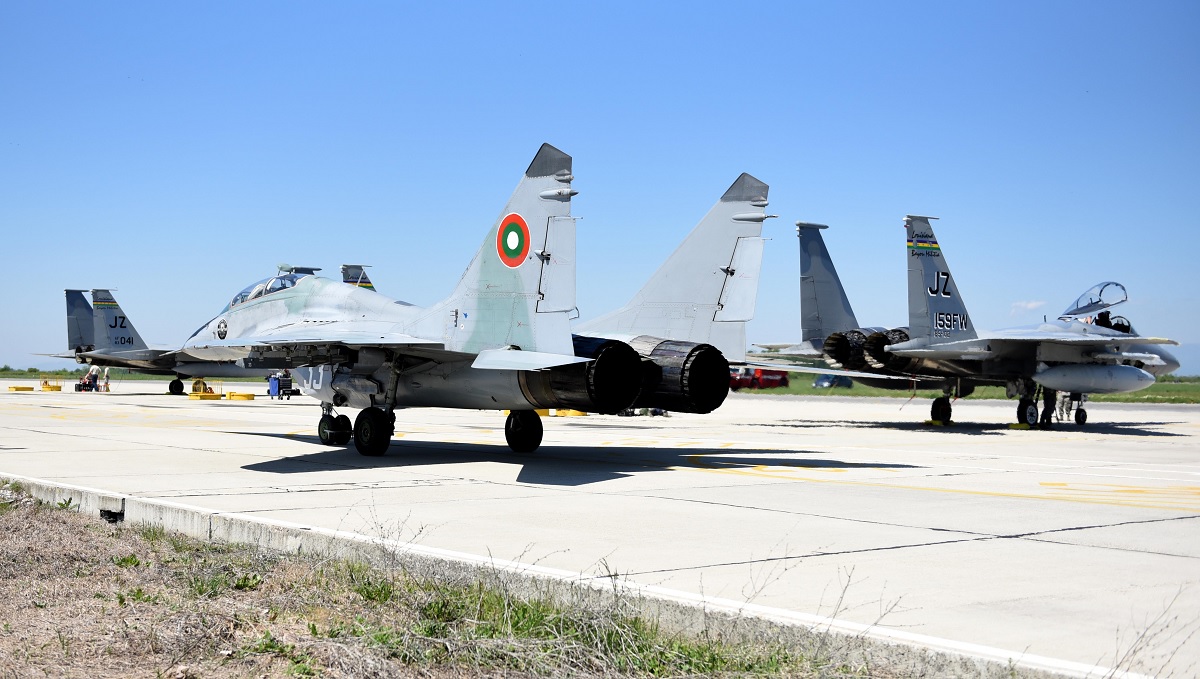 “We named the exercise ‘Thracian Eagle’ because we’re located in the Thracian valley and the Eagle is for the visiting F-15s,” Capt. Dimitar Metaksov, Graf Ignatievo flight group commander

Twelve F-15 Eagles from the 122nd Expeditionary Fighter Squadron have been deployed to Graf Ignatievo, Bulgaria, as part of a Theater Security Package (TSP) in Europe in support of Operation Atlantic Resolve.

In fact after having spent a month at Leeuwarden Air Base, Netherlands, where they just completed exercise Frisian Flag, the F-15Cs belonging to Louisiana and Florida Air National Guard arrived at Graf Ignatievo Air Base, Bulgaria, on Apr. 26.

As explained by Sgt. Staci Miller, 52nd Fighter Wing Public Affairs, in the article Theater Security Package arrives in Bulgaria, the purpose of Frisian Flag was to improve cooperation and capabilities between the multiple participating countries.

“We had excellent training in the Netherlands, as well as excellent support,” said Lt. Col. Daniel Fischer, 122nd EFS commander. “We interacted with some very different countries and everything went very well.”

Now they are gearing up to participate in Bulgaria’s Thracian Eagle, an exercise featuring Bulgarian Air Force MiG-29s, Su-25s and L-39s and ground-based air defense in integrated flying scenarios.

“We named the exercise ‘Thracian Eagle’ because we’re located in the Thracian valley and the Eagle is for the visiting F-15s,” said Capt. Dimitar Metaksov, the Graf Ignatievo flight group commander. “This exercise provides us with a lot of benefits. We get to work through different objectives and build relationships, while experiencing and learning different procedures, tactics and techniques.”

The deployment in Bulgaria is another opportunity for the 122nd EFS to reassure allies and partner nations that the U.S. commitment to European security is a priority. After Bulgaria, the TSP will forward deploy to other locations throughout NATO.

“We’re looking to just keep getting better at our training and keep building partnerships with our NATO allies,” pointed out Fischer. “We’re focusing on being better fighter pilots, better maintainers and a better unit as a whole.” 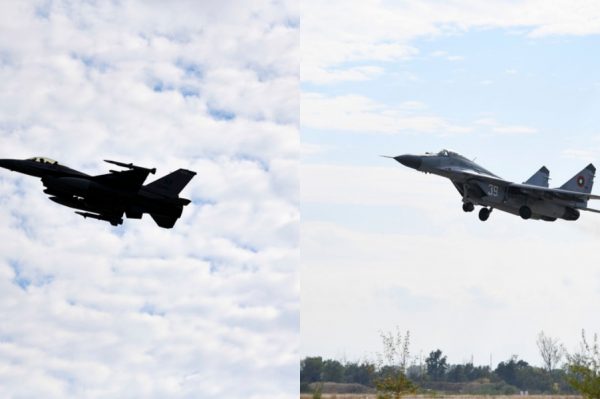 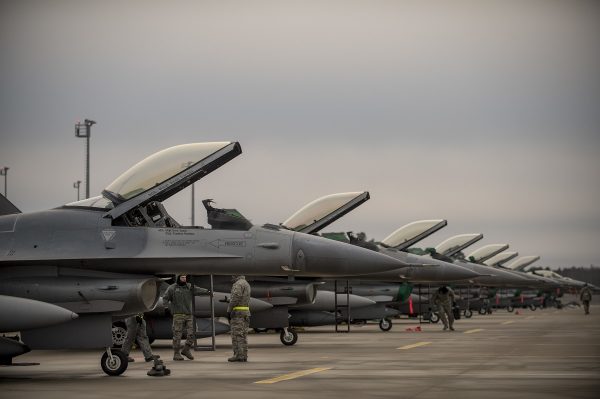