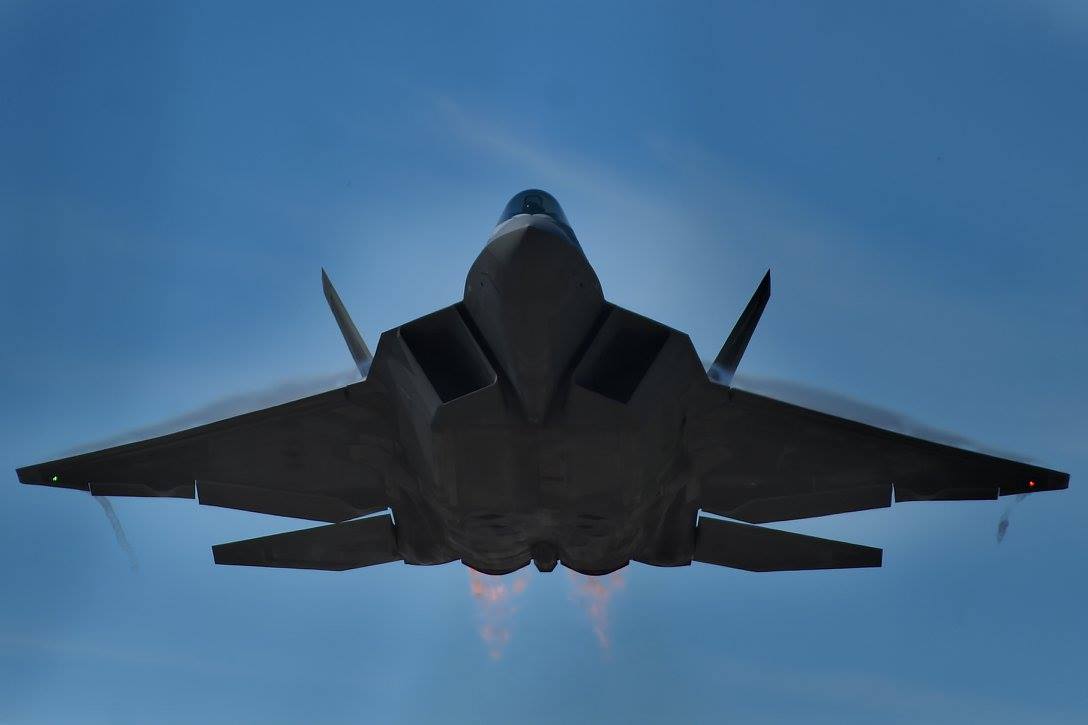 Thanks to ADEX the U.S. Navy and Air Force were able to gain hands-on understanding of each other’s tactics and capabilities

The aim of the exercise was to improve integration of U.S. Navy and USAF defense efforts while protecting aircraft carrier USS Dwight D. Eisenhower (CVN 69) (Ike) from simulated aerial threats.

ADEX was conceived to reproduce real-world scenarios the ship may encounter at sea.

According to Lt. Anand Jantzen, the San Jacinto’s fire control officer and liaison officer aboard Ike, the exercise was a big accomplishment because not only the strike group continued to support Operation Inherent Resolve (OIR), but it also directed a joint exercise simultaneously.

During ADEX the air assets of both branches were utilized and divided into “red air” hostile threats and “blue air,” the strike group’s air defense force. The air support provided by the red and blue air allowed a simulation of actual engagements and an opportunity to train in scenarios, which created a challenging environment.

As explained by Lt. Cmdr. Tommy Kolwicz, VFA-86’s operations officer the aircrews were able to work on their proficiency and meet different mission objectives. “We were able to exercise the full Ike CSG capability and integrate that with the Air Force. We had full integration from the fighters in the air to the tactical actions officers and watchstanders on the surface ships.”

Noteworthy red air’s forces were tasked to destroy the CSG’s air defenses with simulated air-to-surface missiles. During this kind of mission the aircraft flew missile profiles towards the surface ships so they could practice going through pre-planned responses and simulate shooting down anti-surface missiles.

Ike, which was used as a high-value unit (HVU), was protected by the cruisers that demonstrated their ability to conduct air defense. “The main goal for the cruisers is to protect the HVU from air threats, and fill in as the alternate air intercept controllers in case the E-2C Hawkeye is unable to do so,” Jantzen said.

Kolwicz pointed out that during the exercise there was an emphasis on gathering perspective from areas outside of normal operations across the CSG and between the two services. For instance as a pilot, he was able to provide a personal view of his role to the watchstanders on the ship and learn from subject matter experts.

As remarked by Jantzen thanks to ADEX the U.S. Navy and Air Force were able to gain hands-on understanding of each other’s tactics and capabilities “The biggest focus was on integration. In a real-world scenario the Air Force has aircraft that we can request to support our mission, just like we support theirs. Joint missions are the cornerstone of the United States military, and our ability to work with the other services towards a common mission makes us stronger.”