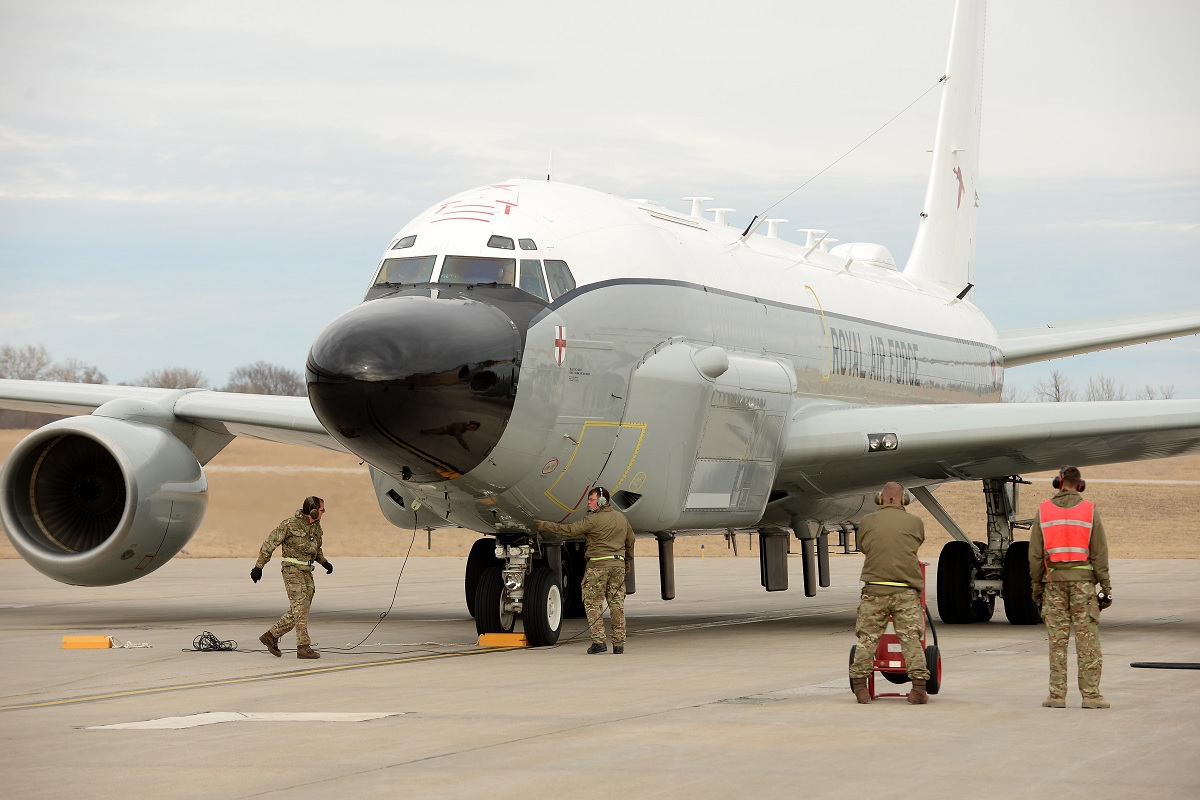 The landing gear was retracting into place. However, it continued to bounce around and would not lock.

“We had a really productive deployment right until the last two missions,” said RAF Warrant Officer Ray Sowersby, 51 Squadron maintenance superintendent. “We had an undercarriage fault indication and the only jacks available were at Offutt. So I reached out to our cousins in the 55th and said ‘Hey guys, can we have some help?’”

According to Sowersby, the RAF would normally fly in equipment from home station to make repairs. However, Offutt offered a better alternative due to its short distance from Nellis and the availability of maintenance personnel familiar with the RC-135 platform.

Since 2011, the two nations have been working together to help train and equip maintenance and aircrew members on the newly acquired UK RC-135. Sowersby said this was the first time an RAF RC-135 has landed at Offutt and the first time maintainers have worked side-by-side to repair one of their jets.

The two nations have swapped aircrew members in both training and real-world missions before, but the maintenance side had not been tested.

“This was a great opportunity to test the co-manning initiative that has been in the works over the past two years,” said USAF 1st Lt. Dustin Bagnall, 55th Maintenance Squadron (MXS) assistant operations officer.

“This opportunity validated all of the time and effort expended by both nations to train RAF maintenance personnel and make it possible for maintainers from both countries to work together,” said Chief Master Sgt. Robert Wege, the 55th MXG superintendent who has been heading the co-manning initiative. “The synergy created will greatly enhance the capabilities of the overall RJ intelligence, surveillance, and reconnaissance effort world-wide.”

The RAF jet arrived at Offutt Feb. 11. Joint maintenance crews immediately towed the aircraft into a hangar and jacked it up off the ground so they could begin troubleshooting the landing gear.

“It was great seeing British and American maintainers working hand and hand as if they had been doing it forever,” Bagnall said. “The integration was seamless.”

A number of 55th MXS repair and reclamation shop personnel already knew some of the RAF maintainers from previous training opportunities, so the RAF’s return to Offutt was also a reunion of friends.

“We were here to provide expert help for them,” said Tech. Sgt. Russel Orr, a 55th MXS aero repair technician. “Their landing gear was retracting into place. However, it continued to bounce around and would not lock. At Offutt, we have capabilities and equipment that the RAF does not have, and we can provide help with some of the more extensive aspects of troubleshooting.”

Together, maintenance personnel from the RAF 51 Squadron and 55th MXS raised and lowered the landing gear of the suspended Airseeker, and quickly isolated the problem – a faulty main landing gear sequence valve.

The parts identified for replacement were ordered by 55th MXS supply personnel on a Sunday and the jet was fully mission capable by Tuesday. The quick actions from everyone involved in the supply process helped make the joint effort a success.

“The logistic support that was there over the weekend gave the co-manning another capability to show off,” Bagnall said.

This joint maintenance effort was a first for Offutt and the 51 Squadron, and the 55th MXG hopes to continue the relationship into the future.

Sowersby expressed his gratitude for the support provided by the 55th MXG.

“The guys here…they’re bending over backwards to make it all work for us,” he said. 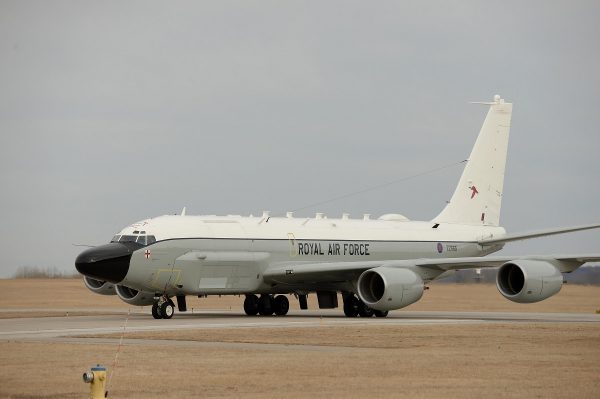 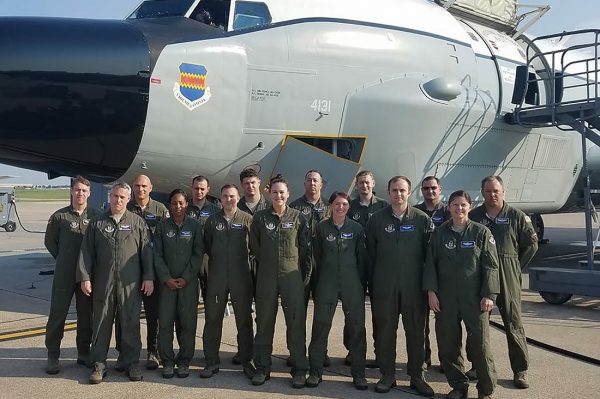