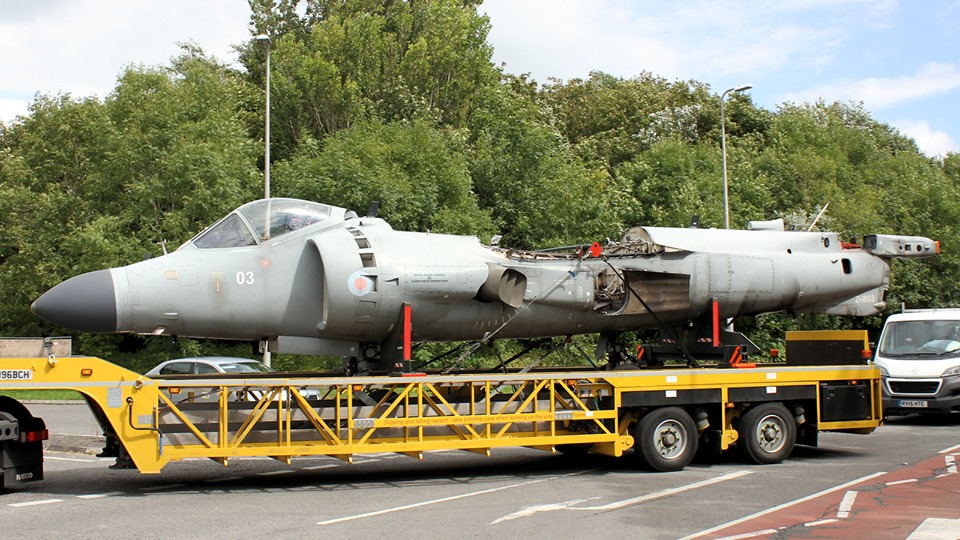 According to Scramble Magazine, both jump jets are believed to be found, and future based, at St. Athan Airport (former RAF St. Athan) although the aircraft are owned by FLY HARRIER LTD, Stratford-Upon-Avon (UK).

Scramble Magazine assesses that, even with all the post Shoreham CAA restrictions, it will be possible to bring the Harriers back to airworthiness in due time. On Aug. 22, 2015, a civil owned Hunter T-7 jet, crashed during a display at the Shoreham Airshow, sadly killing eleven people and injuring sixteen others.

Noteworthy the US based NALLS AVIATION is still maintaining the oldest surviving Royal Navy Sea Harrier F/A2 (serial XZ439, c/n 912002/DB2) in an immaculate airworthiness condition. NALLS AVIATION also owns Harrier T8 ZD993 (c/n 212046). The latter is still worked on to get it back in the air.

The Sea Harrier (informally known as the ‘Shar’) is a naval short take-off, vertical landing or vertical take-off and landing jet fighter, predominantly used is a reconnaissance or attack aircraft role.

Utilising the vectored-thrust technology developed during the 1960’s as part of the P1127 / Kestrel / Harrier program, the aircraft provided a unique vertical short take-off / landing (V/STOL) capability whilst at sea.

The British Aerospace Sea Harrier FRS1 entered service with the Royal Navy in April 1980, during an era in which most naval and land-based air superiority fighters were large and supersonic. The principal role of the subsonic Sea Harrier was to provide air defence for naval aircraft carriers and surface ships around the world.

The aircraft saw service distinction during the Falklands Conflict of 1982 as well as during both of the Gulf Wars and the Balkans conflict.  On all occasions, the Sea Harriers mainly operated from aircraft carriers positioned within the conflict zones.

In 1993, an updated version was developed for the Royal Navy (Sea Harrier FA2) featuring a more powerful engine, a much improved weapon systems and enhanced air-to-air capabilities. Manufacturing of the Sea Harrier ceased in 1998 with the last aircraft retiring from Royal Naval service in 2006. 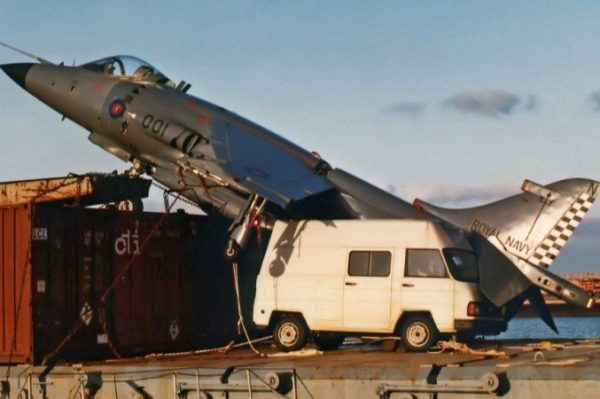 That time a Royal Navy Sea Harrier did an emergency landing on a Spanish Cargo ship: the Alraigo Incident