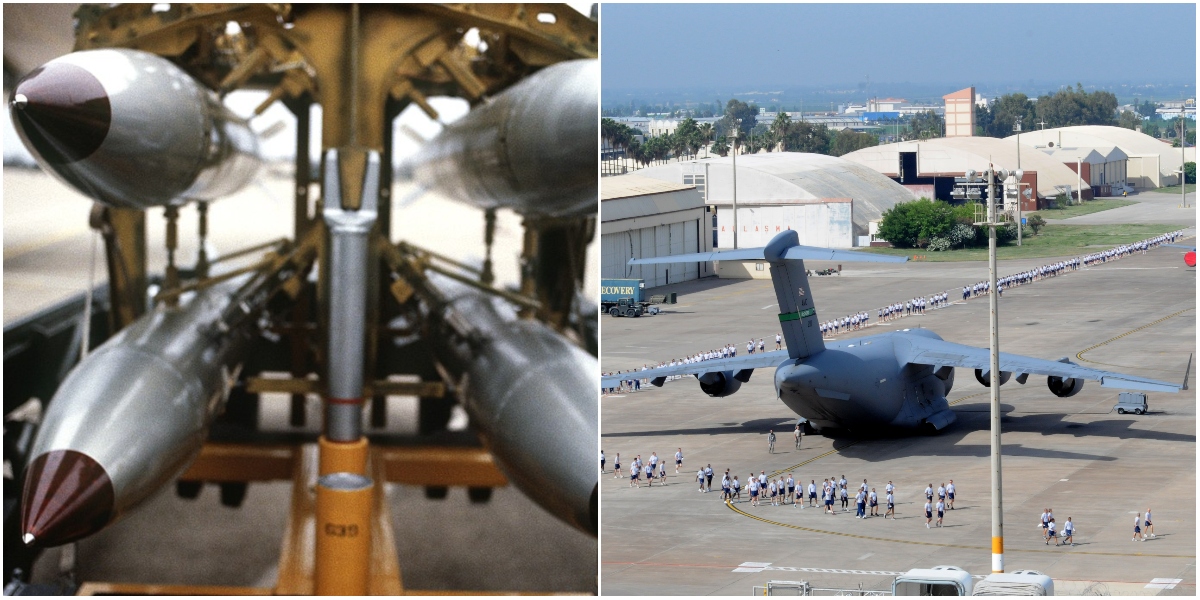 Officials from the State Department and Energy Department, which manages Washington’s nuclear arsenal, met to consider how they might retrieve an estimated fifty tactical nuclear weapons held at the site.

As Washington attempts to find a diplomatic way of responding to the Turkey’s invasion of Syria, an estimated 50 US nuclear bombs are effectively being held hostage in Turkey, officials are reported to have warned.

The withdrawal of American troops from northern Syria not only has caused international outcry but also has created a power vacuum that has allowed Turkey and Russia to move into the region and displace Washington’s Kurdish allies.

As a result Donald Trump has been forced to escalate his opposition to Turkey’s Recep Tayyip Erdogan, threatening to “destroy” his counterpart’s economy and contract America’s alliance with Ankara even his supporters accuse the White House of betraying its allies.

However according to Independent, the rapid pace of withdrawal and the tumultuous decline of relations between the two countries has left administration officials scrambling to find a plan for the nuclear weapons stored under American control at the shared Incirlik Air Base (AB) in south east Turkey, reports said.

As reported by The New York Times, officials from the State Department and Energy Department, which manages Washington’s nuclear arsenal, met to consider how they might retrieve an estimated fifty tactical nuclear weapons held at the site.

One of the officials said that the bombs are effectively Erdogan’s hostages. He explained that is feared that removing the weapons could signal the end of relations between the NATO allies, while leaving them in place could put the weapons of mass destruction at risk.

One month ago, Erdogan said it was “unacceptable” that Turkey was not allowed its own supply of the weapons under the Nuclear Nonproliferation Treaty the country signed in 1980.

A phone call between Trump and Erdogan last week, and the US president’s subsequent decision to withdraw from Syria after clearing out Isis-held territory, is said to have been described as an “off script” moment by American diplomats.

After announcing the withdrawing of troops from Syria, Trump has been forced to call for a ceasefire in the region.

However, Ankara didn’t stop its military campaign, but continued into the north of Syria to claim territory and target Kurdish militias who have been forced to side with America’s enemies in the Syrian government to avoid complete destruction.

In the process the Kurds have abandoned prisons holding hundreds of Isis terrorists who escaped in the first days of the assault.

UN reports claim that tens of thousands of people have been displaced so far and dozens have died amid accusations of war crimes.

Meanwhile Russia has been able to assert its dominance in parts of Syria previously secured by the US.

In response to the events of Sep. 11, 2001, Operation Enduring Freedom began in October 2001. Incirlik AB served as a main hub of humanitarian airlift operations to Afghanistan, US MC-130 special operations missions, KC-135 refueling missions and sustainment operations for deployed forces. The aerial port managed a 600 percent increase in airflow during the early stages of OEF. When U.S. contingency airbases were constructed in Afghanistan and Uzbekistan, Incirlik’s airflow supporting OEF decreased to a baseline sustainment level.

On Aug. 19, 2003, the first rotation of deployed KC-135 Stratotankers and Airmen arrived at Incirlik to support Operations Enduring Freedom and Iraqi Freedom.