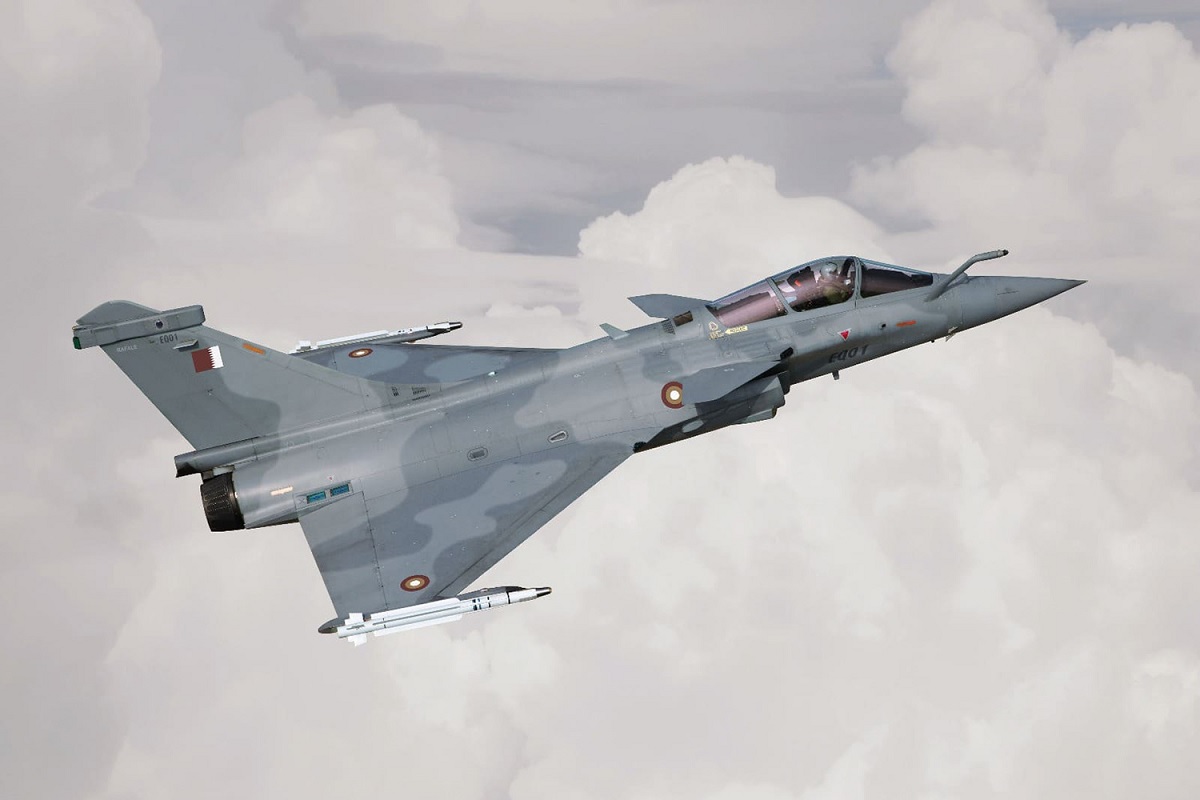 The reason for Turkey’s push to strike a military training agreement with Qatar was to familiarize THK with the Rafale fighter jet’s capabilities in a bid to a perceived threat posed by the HAF in the Aegean and Mediterranean.

According to Nordic Monitor, the Turkish Air Force (THK) could soon train with Qatar Emiri Air Force’s (QEAF) Dassault Rafale fighter omnirole fighter jets to counter the Hellenic Air Force (HAS) that has increased its capabilities with newly acquired Rafales.

The reason for Turkey’s push to strike a military training agreement with Qatar was to familiarize THK with the Rafale fighter jet’s capabilities in a bid to a perceived threat posed by the HAF in the Aegean and Mediterranean.

Qatar could deploy up to 36 military aircraft and up to 250 personnel to Turkey under the military agreement signed by the chiefs of staff of both countries in March 2021.

Lawmaker Gülüstan Kiliç Koçyiğit while commenting on the articles of the agreement during deliberations in the Foreign Affairs Committee on November 30, 2021 said that “We can say that one of the reasons for the agreement between Turkey and Qatar is that Qatar would bring and deploy these Rafale aircraft, which it bought from France, to Turkey.”

“Greece took a position to challenge us both in the eastern Mediterranean and on our borders by purchasing Rafale jets from France,” she added. However, Koçyiğit urged a diplomatic approach to settle differences rather than striking military deals with other countries, including Qatar.

The agreement was hailed by Ahmet Ünal Çeviköz, a lawmaker from the main opposition Republican People’s Party (CHP) and a former ambassador who described it as a smart move by the Turkish military.

“Our air force inventories [of fighter jets] are different from each other. Of course, nobody knows this better than the Ministry of Defense. So we will not bring the French planes used by Qatar to our territory and train their pilots, but rather we will receive training. The smart mind behind this should be applauded. I’m really happy about this.” Çeviköz commented. He said it was obvious that the agreement would allow the THK to develop combat capability against HAF French-Rafale jets in the event of a conflict in the future.

As explained by Nordic Monitor, it remains unclear how this would play out and what the terms of the sales agreement between Qatar and France are concerning the deployment of Rafale jets to third countries and the training of pilots from those countries. It may very well be that Qatar may need the approval of France. The agreement requires that one Turkish pilot be present in each Qatari aircraft.

In a similar case in 2017 the US rejected a Turkish proposal to use Pakistani pilots to train Turkish pilots in F-16 fighter jets following the government’s purge of 680 of 1,350 pilots in the Turkish Air Force, which left it with a huge shortage of combat pilots.

Although Turkey and France are NATO allies, the two countries have diverged on a number of foreign policy issues in recent years. President Recep Tayyip Erdoğan slammed French President Emanuel Macron on many occasions and viciously insulted him.

As we have previously reported, on Sep. 12, 2020 Greece announced its intention to acquire the Rafale omnirole aircraft to equip its air force, proving the strength of the partnership that has linked Greece’s HAF and Dassault Aviation for more than 45 years, and demonstrating the enduring strategic relationship between Greece and France.

Moreover, in January 2020 Greece announced that, alongside upgrading its fleet of F-16s is looking to procure F-35 aircraft from the US at an estimated cost of US$3 billion.

Turkey is currently in talks with the US to purchase 40 Lockheed Martin F-16 jets and is looking to upgrade its F-16 fleet.

The country is concerned that it may be on the verge of losing its air deterrence against Greece, especially after it was expelled from the F-35 Joint Strike Fighter program over Ankara’s purchase of S-400 long range missiles from Russia despite opposition from the US, a NATO ally.

Along with 24 Rafales, the QEAF ordered 24 Eurofighter Typhoons and 36 Boeing F-15QAs. The QEAF has a requirement for 72 new combat aircraft to replace its aging fleet of 12 Dassault Mirage 2000-5 fighters. If the orders are fulfilled in full, the QEAF will field a fighter force of 96 platforms across three different types.

Turkey has since 2017 a military base with around 3,000 troops in Qatar led by the Qatar-Turkey Combined Joint Force Command, established in 2015. Saudi Arabia, Egypt and the United Arab Emirates have several times demanded that Qatar shut down the Turkish base, which they claim threatens stability in the region.