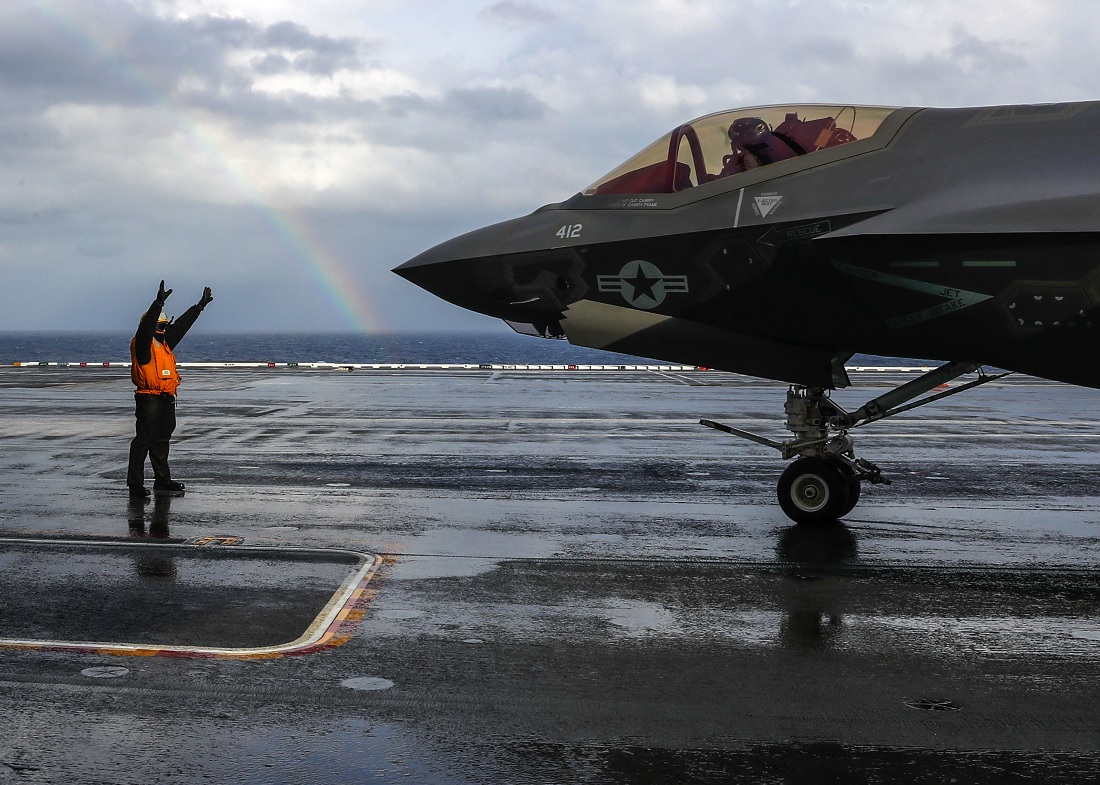 As reported by USNI News in fact, a film crew from Paramount Pictures was aboard aircraft carrier USS Abraham Lincoln (CVN-72) the same time the Navy began launching F-35C jets off the ship interchangeably with F/A-18E/F Super Hornets as an integrated air wing.

Actually since Aug. 20 six F-35Cs are operating aboard Lincoln and the film crew almost certainly got an up-close look at the Lightning II – operating alongside the Super Hornets, the EA-18G Growlers, the E-2 Hawkeye and the C-2 Greyhound.

Asked what role the new jets may play in the movie, Michael Singer, vice president of marketing and publicity for Jerry Bruckheimer Films and Television, told that “we are not providing any details about the production at this time.”

The Navy was limited in what it could reveal about the filming aboard Lincoln or the sea service’s role in the upcoming movie.

Navy spokesman Lt. Seth Clarke told that the level of support the service will provide is still being worked out, but “I can tell you that U.S. naval aviators will be flying in this movie.”

He added that Lincoln specifically was chosen for filming because “the ship’s schedule was ideal based on the needs of Paramount films at this time. Additionally, the film crew presence incurred no additional costs, logistics or burden to the U.S. Navy.” Lincoln was due to be at sea to conduct carrier qualifications for pilots in Carrier Air Wing 7.

Noteworthy even though we reported on Aug. 22 that the Paramount camera crew was onboard USS Abraham Lincoln, the details of the F-35C operations aboard the same ship were not released until Monday.